The Moving Pen | The Life Saver 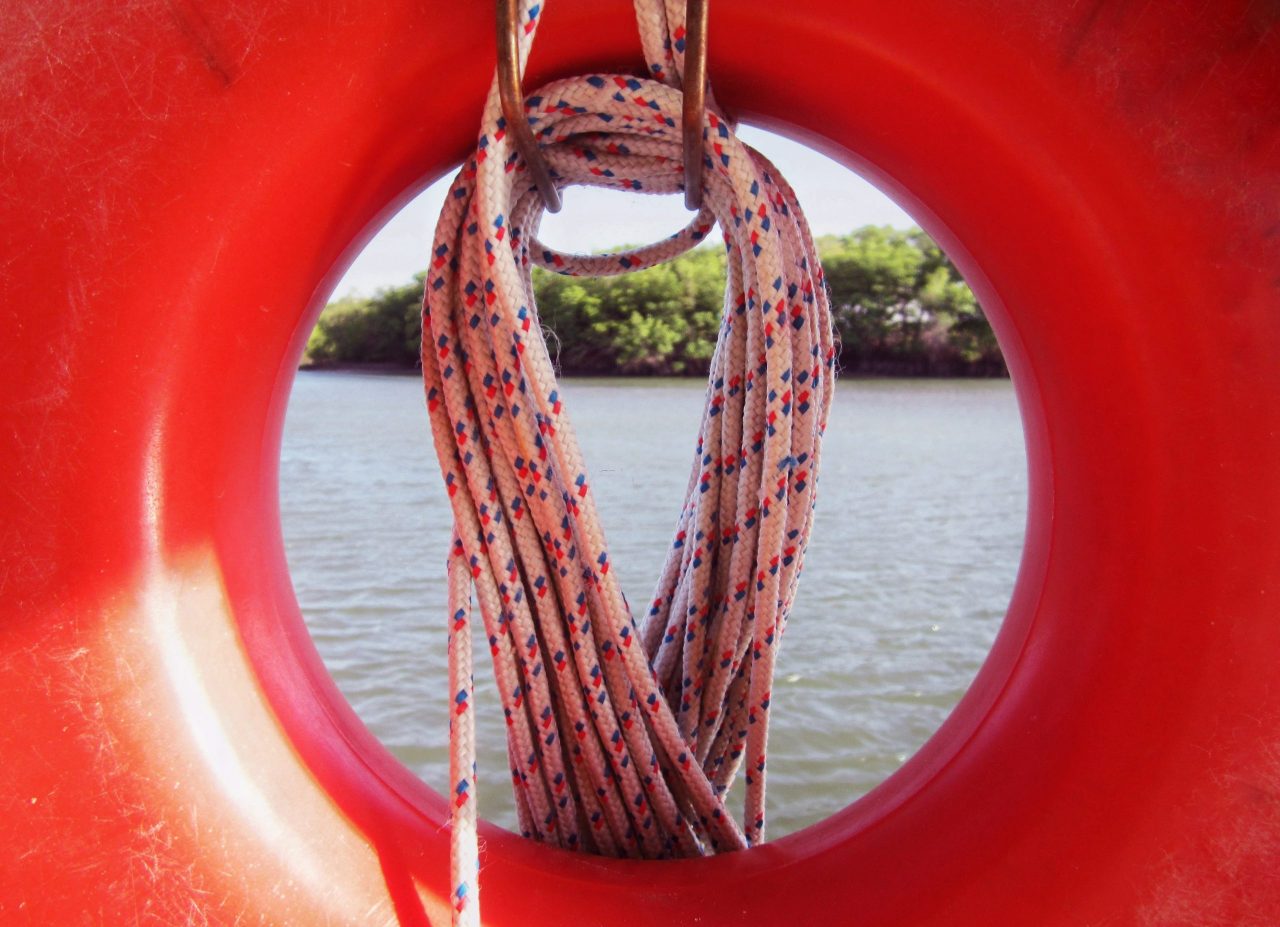 “Show me where the diamonds are, Lehmann!”

Lehmann’s face reddened under the throttle hold of the thug who held him over the stern railing. Sweat oozed from the score lines of past knife fights that ribbed his captor’s jowls, and his spittle sprinkled across Lehmann’s cheeks in a foetid grime. No wonder they called him the Dribbler.

Lehmann’s feet left the decking, and the air left his lungs. The wash of the ferry churned menacingly below him. The mechanical thrum of the motor sent up clouds of black exhaust. He coughed and gagged. Harsh sunlight stamped on his eyelids.

He grappled for a handhold on the railing, but was forced up and backwards. The Dribbler’s other hand grabbed his belt and lifted him higher. Lehmann kicked his foot helplessly on the upper rail as the thug drove him further into the air. He was out of the boat. The wind caught him and spat sea spray about his contorted face. He twisted to reach for the clip on the lifebuoy in a last desperate effort to stave off disaster.

“Wait!” he shouted, his fingers struggling with the clasp.

The Dribbler faltered, Lehmann yelled, “Here’s a diamond ring!” and flung the lifebuoy over the Dribbler’s head, forcing it down the heft of the man and pinning his arms to his side. The man’s hold failed and Lehmann started falling, but with a massive wrench took the big man with him and they plunged into the moiling boatwash.

They were engulfed in a frenzied whorl of white and river green. Lehmann kicked but clung to the lifebuoy. In the turmoil, he heard a gargled scream as the propeller sliced through the Dribbler’s leg and the waters flooded red. They surfaced, the Dribbler spurting blood and face down in the water, Lehmann clinging to a mound of man fast becoming a corpse.

The ferry moved on impassively.

Lehmann looked about him, seeing little but distant coast line above the undulating waters. What was it? A kilometre? Two?

He could make it. The sky was clear, the water warm. He’d have to switch his story when he got there but that’d be okay. The only question he had was how long a bloated corpse would keep them afloat, especially with its weighted cargo of a lifebuoy stuffed with diamonds.