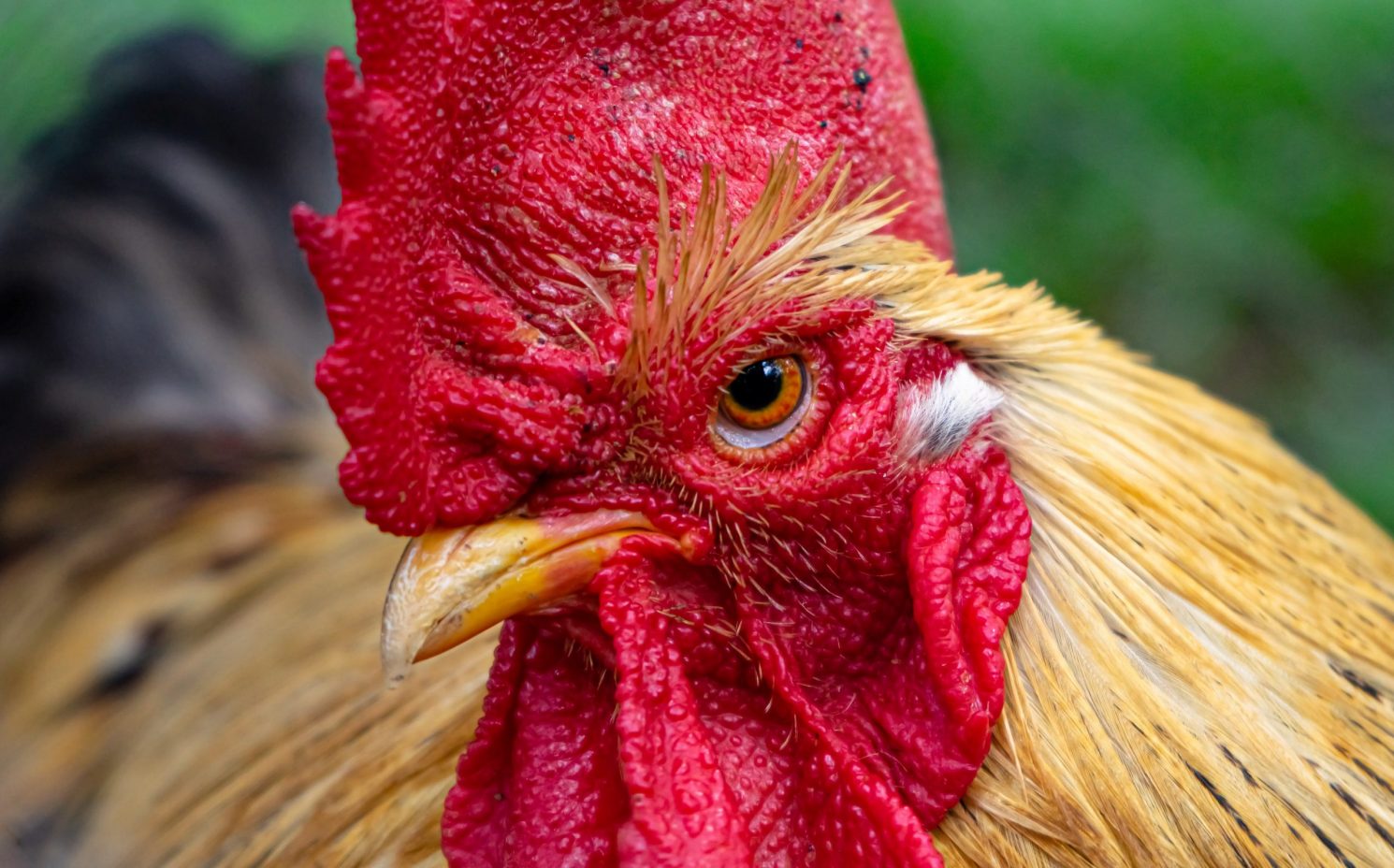 Wiping the remnants of the morning’s fried egg from the corner of his mouth – farm fresh eggs being one of the perks of farm life – he looked out his window to the yards below.

The chickens were out, stepping amongst the ramshackle fencing and scratching at the roots of the old fig that sheltered the rusty plough.

He remembered he’d forgotten, yet again, to fill their food hoppers. I’ll give ‘em some mealworm, he thought, that’ll fill ‘em up, the brainless little carnivores.

What he didn’t notice, however, was the unusual malevolence with which the chickens moved. Not that he could be blamed for that – even the most seasoned rural eye wouldn’t have observed the change in manner of such harmless and quaintly productive animals.

But today they walked with a marauding step, descending upon the back door with a dark and anguished hunger. They stepped over the upturned pots, the fallen rakes and brooms, under the hose that bridged from the tap on the barn wall, perpetually excreting the liquid remains of their last feed.

Joe put on his boots, pulled a hat off the hook and opened the door.

The chickens were waiting for him. Their heads bobbed, like the faithful straining to see the Eucharist. They pipped like electronic bots and their shit-ridden feet quietly stepped one foot forward, then the other, then repeat.

He stepped over the mat but didn’t see the other liquid mess they’d deposited on the far side. His foot slipped out from under him and down he went, legs splayed painfully and his hands landing in layers of excrement.

They were upon him as soon as he fell. Beaks pecked at his body, his head, his legs, his shorts and shirt. Some flapped on to his belly. Feathers flew as the mob crowded on to him, jabbing and poking and ripping at his flesh and clothing.

He tried to yell, but a mangy claw slipped into his mouth and he gagged. He went to get up but slipped again on some greasy secretion and hit his head as he fell. The attack continued, in a violent frenzy. Chickens fought with chickens for the prize, feathers flew, there were squawks and cries as they ripped at his skin. Fine downy feathers filled his mouth, and he struggled to breathe. He swung an arm at them, but they clung to him and bit back. They pecked and stabbed and the invigorating farm stench of shit and dirt mingled with the smell of his blood.

The last thing he saw before the beak that stabbed his eyeball was the old crow sitting in the fig, his white eye turned indifferently down to Joe.

When the chickens had finished, they went about their day scratching in the dirt and garden beds. The crow was next, tearing sinew from joints, then later that evening a family of foxes gnawed on the carcass; they carried what they could back to their den.

A month later a neighbour walked around the back of the farmhouse looking for Joe, as he hadn’t been seen for a while. He stood horrified at what he discovered on the back porch.

But he didn’t notice the chickens, who hadn’t been fed for a month.