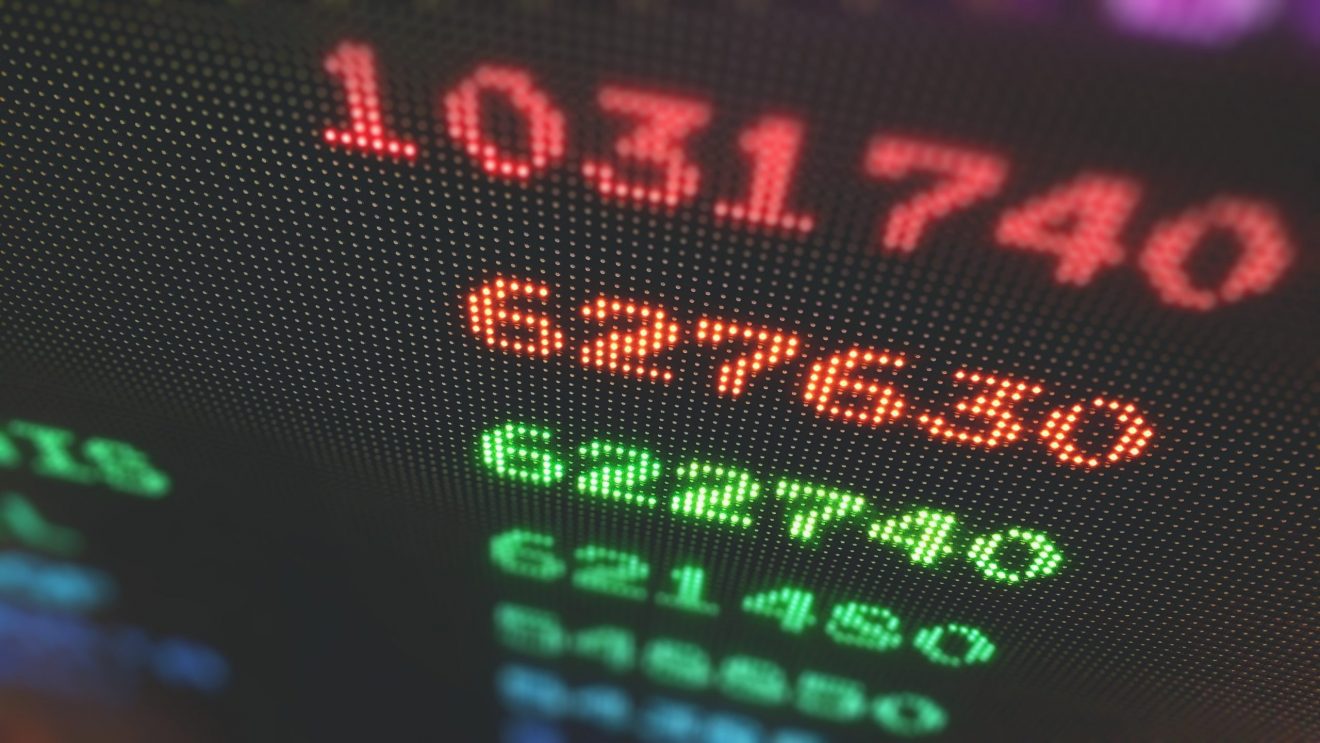 “This better be good. I’ve got a network to run. My clock is ticking. Who’s this?”  Vlad freezes as he steps into the old shipping container ahead of Jack and Tran and sees Beth. His black eyes narrow and eyelids lower, as he spins to face Tran.

Vlad, this is my sister Beth.” Jack steps forward, gently brushing the slight figure of the old man.

“She says she can read the books,” Tran turns to face her, his arms fold, and his eyebrows lift daring her to expand.

Vlad’s dark lips curl as his nostrils flare beneath a long beard of coarse grey. “And you believed her?  We’ve been trying to do it for five years.  What does she really want?”

“I can.” Beth’s soft voice fills the container, eager to use her ten minutes.  “This page, see it tells how to remove poison from natural flora to make it edible.”  Vlad and Tran lean in, their heads lower to follow her finger as she traces over the pictographs and the small snips of the Global English alphabet.

Tran leans backward on his heels and folds his arms. “Vlad?”

“So.  You have my attention. You have nine minutes.” Tran’s arms are rigid, his eyes narrow as he inspects the timepiece attached to his wrist.

“I think we can stop the decree from being actioned. We will have time.”

Jack’s bowed head shoots upright and he lunges forward slamming his palms into the table. “Can we do that? How?”

“The virus you made to disable the MediBadge.  If we can convince people of its existence or even transmit fragments of the virus from here so that it can be recreated, they won’t obey the decree.  If enough people don’t obey, the numbers who will have their MediBadge terminated will be too big and the AI will not proceed.” Her voice is calm, logical.  This is her field; academia, reason, logic.

“That may be the case Mr.. aah  Vlad, but they have relied upon a human decision in their algorithm –  to actually submit a response.  Without the submissions, there is no event to trigger activation of the MediBadge program.  If more than ten percent of the population do NOT submit, the program initiation trigger will not be met, and the decree will not proceed.”

“Why should we believe you?” Tran’s nostrils flare and his biceps clench.

Vlad turns to Tran, his eyes wide, as his lips purse.  “She is correct about design.  That was my job before I crossed over.  I was a programmer at NUN.  The MediBadge can’t act without a program step to initiate an action.  This can only be overridden by a new program.”

“You can’t tell me they won’t reprogram it.  They know who they want gone, the people will trust them, and just assume that it worked.” Tran’s eyes narrow, contempt for her world dripping from each word, as his long fingers point at her pulsing wrist as it conveys the MediBadge’s concern for her heightened emotions.

“All programs have to be approved by the NUN.  They won’t have time.” Beth has already considered this.  Timing is critical.  Her mind had scratched backward into her University studies. How many was it you needed to reach  the critical mass of distribution, what were the key messages? This was Communications 101, not her field, but essential in linguistics as humanity tried to unravel the “why” of mass hysteria and misinformation that pervaded the twenty-first century and preceded the Climate Wars.

“We would need to make enough of them believe the MediBadge can be disabled to risk it.  It just needs to be more than ten percent.  The variable in the algorithm is ten percent.  If more than ten percent do not submit, the sequence will not be initiated.  At that level it would not be enough to raise suspicion.” Beth has already assessed the counterarguments, the risks.  She checks her watch. Five minutes.

“Is it possible?” Tran asks, turning to Vlad and Jack; the only two people who had ever transmitted or received information.

“Where have you two been?” It is her father.  His face glows with pleasure as he notices the flushed faces of his offspring. It has been a long time since his children have even bothered to communicate with each other, let alone spend time together.  Perhaps the decree was not such a bad thing.  The AI was right; forcing humanity to examine what really mattered?

“My goodness, look at you,” her mother chimes in.  “No wonder we kept receiving medic alerts for you, saying you were over-exerting.” Beth looks up in alarm.  “Oh, don’t worry Beth.  It’s fine.  I’m sure it’s just burning off the energy and stress of life.  I told them that you would rest for the next few days.” Her mother’s shaped eyebrows lift in question.

“Of course, I’m worn out.  Jack and I visited all the old greenspaces I haven’t seen since we were kids.  I’d forgotten how far it was or how many there were!”  Beth’s eyes silently communicate with her brother: I got this; leave it with me. Just follow the plan!

“Yeah, it was fun.  But, I’m bloody hungry now, what did we manage to score for the Festival Feast?” Jack laughs as he brushes hurriedly past Beth in the hallway, making his way towards a table, where he can see his grandparents hovering over a colourful array of food, like the ancient kings and queens he recalls from fairytales.  “Oh my god, is that real meat?”

“Hardly,” Grandfather Will laughs “Now that would be a Festival miracle! They just put more effort into Festival to make it special.  Extra flavour molecules, different shapes, etc. I’ll tell you what, though I can just remember the taste of it from when I was a kid, and every mouthful takes me there, to the table with my Gran.  Amazing!  Come on kids, we’ve been waiting for you,” he commands, the King in their shared living space, a wondrous feast and his progeny assembled about him.  Life was grand.

“Have you received it?” Beth asks Jack.  It’s the 27th.  Jack has spent the last two days connecting with his fellow Dark-Earthers; the crackpots of humanity. Spreading the word.

“It’s coming – the Black Market has made a virus to disrupt the decree.  Listen.  Tune in. It’s coming,” they whisper into the shadows.

Beth meanwhile has done exactly as her MediBadge instructs, conserving her energy, resting, doing nothing. The MediBadge is silent, satisfied with her actions.

“Bits.  Vlad is doing well, just increasing activity, so the searchers find something – turn the doubters into believers,” Jack replies evenly as he spoons morning porridge into his mouth.

“Do you think it’s working?” Beth questions softly, eager to ensure her family remains blameless in any consequence the NUN may consider appropriate to the actions she and Jack have chosen.

“Oh yeah,” Jack smiles.  “Have you noticed the submission rate has dropped?”  The NUN comms broadcasts provide an hourly update on the submission portal.  It had ticked steadily along at expected rates, mirroring the AI anticipation.  The NUN had thanked the citizenry for its co-operation with each broadcast. We are all in this together.  Together, we can solve Earth’s problems, they trumpeted proudly at the end of each transmission.

This morning the submission had dipped below expected and the broadcast urged the population to get thinking.  Don’t leave it till the last minute.  This is one of the most important things you can do in your lifetime for all of us.

Beth’s comms chip pings as she slowly chews her last mouthful the recommended twenty motions to maximise nutrition.  It was a colleague from the museum.  Beth taps idly at her wrist to display the message:

Beth engages her comms thought transmission mechanism with a tap at her wrist and the comms device displays her conversation.

“The Dark Earthers.  They reckon they aren’t going to submit.  They have tech.”

Beth leans closer to her brother, showing him the display.  The edges of his lips lift to a grin and he winks at Beth.

“Do you really believe those crackpots?” Beth’s Comm’s chip displays her thoughts.

“I don’t know, but plenty of other people do and the submission curve has dropped.”

“They’re nuts.  Maybe it’s just a plan to make sure ten percent don’t submit and everyone who does submit is OK?”

“Yeah… maybe,” her colleague hesitates. “But what if they are right and they do have tech.  It’s not inconceivable.  I mean like no one has really ever tried to disable the MediBadge before.  It’s only a program.  Not infallible.”

“Wow, what did you get in your Festival hamper this year?  I thought you thought the Dark was a fairytale, now you tell me it exists, and they have tech which can attack the AI?” The thought interpreter detects her tone and adds laughter emoticons to evidence her jest.

“Yeah, it does sound a bit mad, I guess.” There is a gap and Beth waits, knowing her colleague’s manner of interaction.  “Just thought I’d see what you heard, coz, like your brothers into all that stuff, isn’t he?”

“Yeah, but my brother says all sorts of weird shit.  I gave up listening to him years ago” she rolls her eyes and the comms interpreter obligingly records the appropriate emoticon.

“Ah well, maybe he was onto something,” her colleague finishes. “Hey gotta go, see you next year.”

Wow, a fishing expedition.  The critics were amassing.