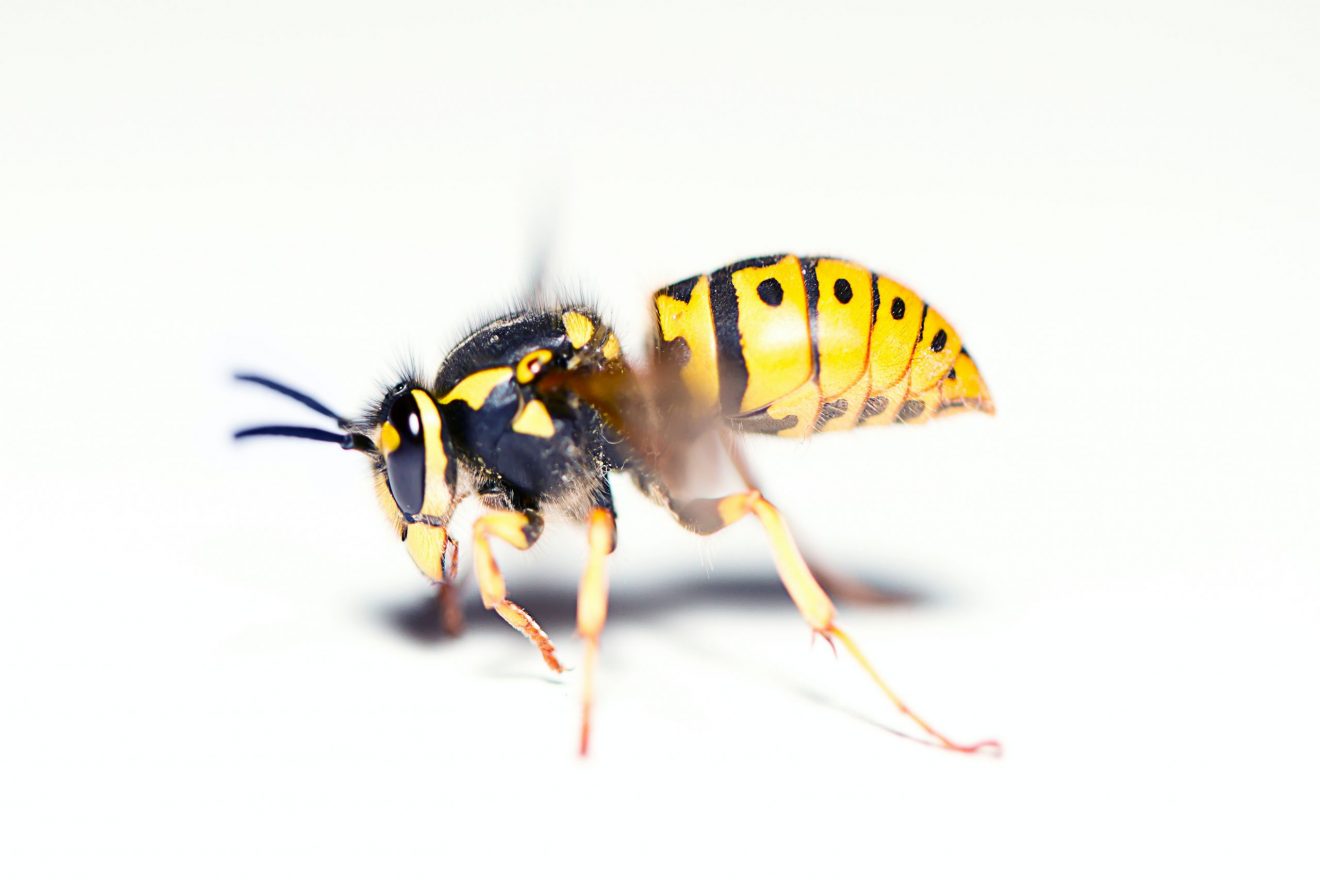 “MUM.  Did you send it?” Clara’s twelve-year-old selfishness stole her thoughts … again.  “Are you listening to me?” Her daughter stomped her black stockinged feet against the carpet, hand clasping her phone, lips pouted, eyes wide to the lens as her thumb tapped insistently at the screen. “WELL?”

Josie span on her chair, eyes glazed.  “WHAT NOW?” She heard her voice surge across the room to meet her daughter’s surley eyes.   Sunday: the only day she wasn’t taxiing her daughter across town, listening to her boss whine, or staring into an empty fridge in the vain hope master-chef© had popped by.

Josie searched her mind.  Moments before she was in a crypt, absorbed in her writing.  Examining every word for impact. That’s right, this morning she had told her daughter how important this competition was.  The deadline, the big prize; a chance to meet Stephen King.  All she needed was some peace and quiet just for the day.  Her daughter had asked if she could write something to enter.  “Sure,” she had replied. Anything for a bit of peace. Clara had disappeared.  Josie assumed back to Tic Tok, or Youtube, or virtual reality, or wherever twelve-year-olds spent their time.  It didn’t matter, she was quiet.

“Clara, THIS is really important.  I don’t have time. I have to get this right.”

“All right. I’ll do it now.” Josie huffed. Clara was relentless.  Better to deal with it and then she would be left alone.  Quickly Josie opened the message and scanned the paragraph. Yep, it ticked the boxes. Short story, horror genre and an insect. Something about a wasp that laid eggs inside another wasp. When the host wasp hatched, it also hatched, but stuck its host’s head in the exit hole of the nest so it could continue to grow and then when it was ready, ate its head, escaped and went on its merry way.   Thank God it was short and sweet.  No brain space required to digest that one.

Her lips twisted.  How she wished for an exit hole from her daughter’s inquisition.

“NOW! You’ll forget, like you always do when you’re “writing”,” her daughter’s fingers rose in unison with her eyebrows as she spoke.   “I’m on a STREAK Mum.  I HAVE to post.  I’LL get to meet THE guy who wrote IT. It’s POGGERS.”  Her daughter moved in behind her, watching the screen, hot breath at her shoulder, ensuring the file was downloaded, stored and uploaded to the entry site.

“Hey wassup?” her daughter turned away to glance at a miasma of colour now flashing on her device as it vibrated. “You’ll never guess what I just did!   I’m gonna meet Stephen King …. you are so lame … don’t you know … yeah he writes like super scary stuff … movies. …, ”  the door slammed, and Clara sighed as she heard her daughter’s light feet disappear.

She checked the countdown clock on the site. Two hours.  Two hours to check and recheck. She closed the entry site and turned back to her own words. Thank goodness Clara had left, she wasn’t sure how she was going to convince her daughter she had actually submitted the wasp diatribe.  It cost money to enter these things, she couldn’t afford to be wasting it on Clara’s brain bubbles.

Submit.  Another pile of words sent into the ether, for some oracle to peer at from behind exhausted and raised eyebrows.  Do they really read them all?  Or was it just a random selection?  The standard line was all she ever received.

Thank you for your entry.  Our judges were thrilled by the quality of writing received.  Unfortunately, blah, blah, blah.

Josie sat at her desk.  Her shoulders ached as her fingers laboured at the keyboard.  What was the point?  Every word was heavy, weighted by an unfulfilled promise of ethereal beauty.   Another Sunday spent tapping away.  Her novel: the dream to escape, to lift her to a life less ordinary.  She stopped, stretched the ligaments that held her aching fingers in position and placed her glasses on the desk.  Ok, she had done the required warm up all the best writers suggested, now it was time to get stuck into this novel.  A chapter today definitely.  Just check emails and turn the phone off so no interruptions.

Josie stared at the heading.  You have got to be kidding.  Do not get too excited.  It was probably: Congratulations for being so brave to enter our competition, blah, blah, blah.

Congratulations.  We are delighted to advise that your piece has placed first in our competition.  Our judging panel considered it to be refreshingly simple, profound and utterly original.  Could you please advise an appropriate time for the competition administrator to discuss the next steps in publication and promotion of your writing.

The words bounced, rotated and reassembled.  Dopamine coursed through her veins, then seeped from her pores, alternating hot and cold; nightsweats and gooseflesh.  Perhaps she was hallucinating?  She read the words again slowly, deliciously, savouring their sweetness; simple, profound, original.  The desert of her imagination was now an oasis, awash with her success. Adrenaline thrust her fist in the air and her feet to the ground. “Yes!”

Her hands shook as she reached for her phone to call the administrator’s number, to text her daughter, her sister, anyone.  She had to tell someone, to share her moment.  To hear their voices when she told them she had done it.  Not the amusement of “better luck next time” or shared bitterness of rejection, but the euphoria of success.

Wait!  She stopped. Best find out the rules of telling. What if I blow it, and then they take it away on some technicality?

Her eyes scoured the information.  Yep. Got it. She made notes. Key points to discuss with the administrator so she did not sound like a fool.  OK, right.  Next step best read the story again.  It was so long ago she had forgotten what she had written.  Best check the entry site for the copy that was finally entered.  She always fiddled about at the end.  The words had to look right on the form also.  Word were not just words, they had a shape, a feel.  They had to leap out wanting to be read. She clicked the form.

Josie’s throat went dry.  It was Clara’s story.  Clara’s story that she spent a whole hour on. Not forty-eight hours of lost sleep, hundreds of dollars on courses and countless hours of practice, warming up and grinding out words.  A guttural scream rose and launched itself from her stomach.  Hot tears cascaded over flared nostrils and then evaporated, unable to withstand her furious breath.

She seized the red-lined manuscript neatly stored a box on her right and thrust it into the air.  Pages scattered, bounced against the flaking ceiling, then descended in a torrent of bulldog clips that dashed her skull, ricocheted and fell to the floor.  The last of the post-it notes fluttered downwards and stuck to her long hair.

She could see herself in the small gaps of a mirror to her left.  Her reflection visible between “Vonnegut’s rules of writing” and her story planner.  A red-faced middle-aged woman, spine slumped against the shiny thread of an aging office chair.

Her hand reached for a bottle of water at her side and took a long slow slip. She stretched her lips to a smile, then picked up the phone.

“Hello, I just received an email to say I’ve won your competition.”  She could hear the voice.  It was coming from the inside of her somewhere.  She could see her hands and her mouth move in the mirror, a puppet to the voice.

“Congratulations.  Thanks for calling.  The judges were so impressed with your entry.  It was so fresh, young, and original.  A really new voice.”

She could feel the shell of her motherhood cracking about her.  Of course, she would love to be interviewed about her story.  Yes, she would just check her calendar.  She watched her mouth move.  That was not her, not her head.  Her head was somewhere else.  Lifted from her shoulders, suspended and jammed against the wall on the other side of the room, watching as words continued to fall from lips that were hers, but not hers. Perhaps this was her inner voice; the writer: the one she had been searching for.

* With thanks to Zac Arkley-Smith (What the heck is in my garden?  Spotify Podcast  Episode 7) and Amanda Hemmings for the inspiration. The short piece was also inspired by Hannah Kent’s novel: Devotion, in which the author explores the ramifications of devotion, or obsession; you be the judge!

Photo by Jonas Allert on Unsplash