The Moving Pen | God, she was beautiful! 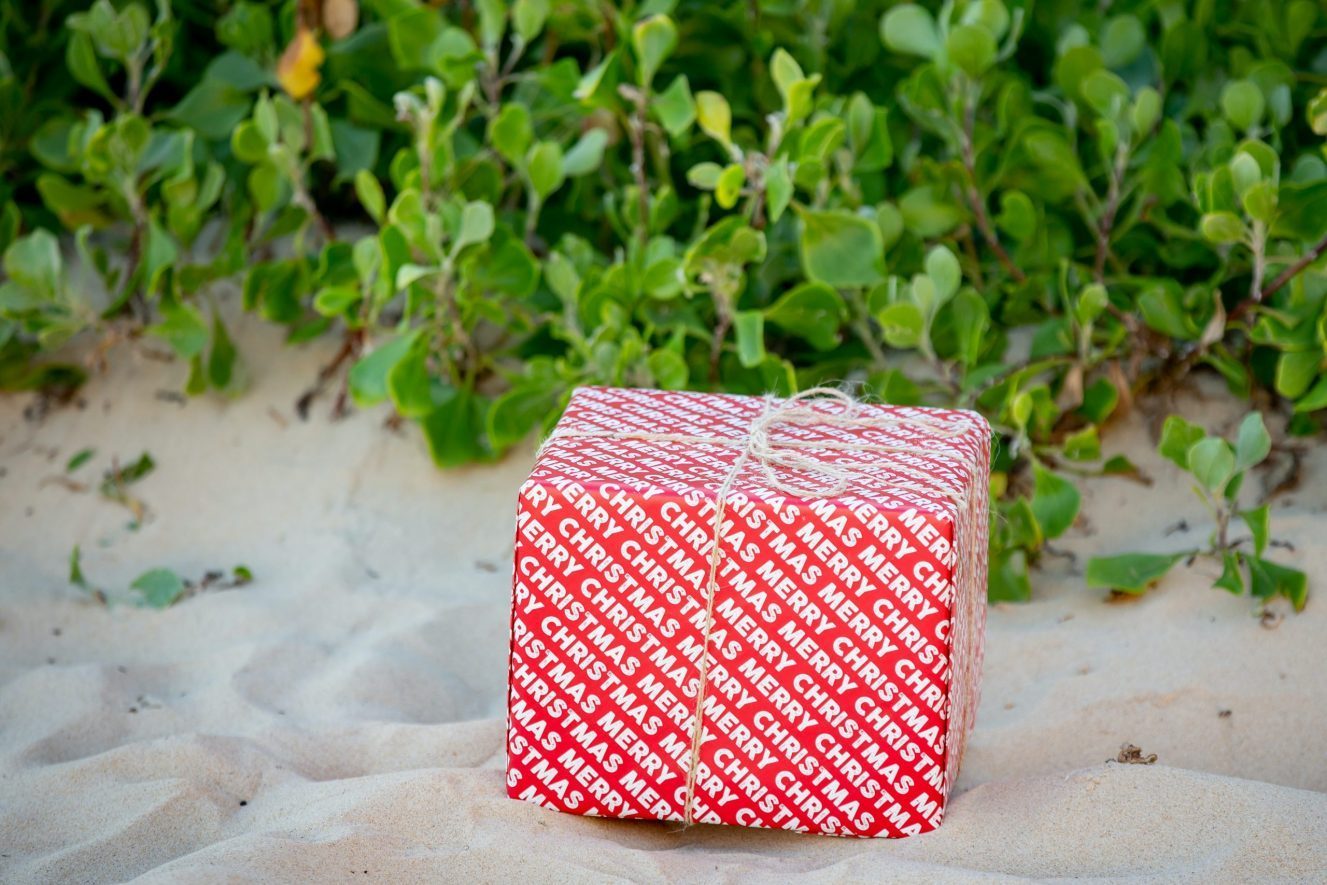 God, she was beautiful!

Oh God, she was beautiful! Ra’s heart belted against his ribcage each time he thought of her – let alone his groin.  Aaaah.  The thought of her beautiful toes with their perfect white caps, smooth and hard, against his skin.  He had been watching her for a month now.  She was young, new to the block.  He had noticed her stunning posterior first, supple, muscled, round like a peach ready for picking, as she darted up the street at dusk.

There was no one with her, but Ra knew others would be watching also.  He had to be the first to introduce himself, to ensure others knew; this was gonna be his girl.  He watched her for two days.  The same time each evening.  Good, he liked routine. You could depend on a girl like that.  On day three he prepared.  His hair was sleek and smooth, and he had done a quick sprint and press-ups to ensure his teenage muscles were pumped; ready.  It was summer; as soon as he hit his stride the sweat would glisten against his skin and he would be primed.

“Hey,” he called as he came alongside her that evening.

“Hey,” she responded; her breath unaffected.  She was fit too!  Mentally, his stomach, groin and heart groaned in unison, but he knew he had to be cool.  She would have plenty of suitors.  First impressions counted.

“You’re new here aren’t you?  I’m Ra.  I live at the end of the block.  Mind if I join you?” he panted, his legs lifting and straining to ensure his stride matched hers exactly.  Sexy pace.  That’s what it was called.  Not too fast, not too slow.  Just right; breathless but able to talk.

She turned her head to inspect him.  Chocolate brown eyes swallowed him from behind long dark eyelashes.

“Sure, I’m Norv.  My Ma just found this place. Seems nice.  Plenty to check out,” she replied.  Ra grabbed the invitation, his feet nearly stumbling in eagerness.

She inspected him again, quickening her pace and then slowing it, sidestepping debris and puddles left by last night’s storm.  All the time she watched, inspecting.  Hmmm fussy,   Ra thought.  He liked that.  This girl was the one.  Definitely.  He had only to ensure he made the grade.  He grinned revealing his perfect white teeth as he navigated the obstacle course and then darted to the side noticing the shiny object on the path.

“Hey! Check this out!” he called as he gathered the treasure to himself, assessing it again for cred’ and presented his find.

“Wow, well spotted!” Norv admired as she paused her stride and touched the beautiful silver, with her long white-capped nails. “What are you going to do with it?”

Ra’s heart sang and the object trembled in his tight grip.  How he wanted to give it to her, but no – he needed to show his finer side.

“It’s nearly Christmas.  I know my Mum really likes found stuff.  Says it’s the thought stuff, better than buying it.  Reckon, I could clean it up real nice for her,” he replied softly as he smoothed the dirt from the silver.

“That’s real nice. My Mum’s the same.  That’s my place over there and Mum likes me to check-in by this time, so I’ll see you.  Maybe you can show me some more tomorrow?” Norv grinned.  God even her ears were a turn-on, Ra thought as he watched them quiver and twitch with her grin.  He nodded meekly, unsure if he opened his mouth a groan might fall out and ruin it all.

It had been a whole week.  Every night she was waiting for him.  God, she was beautiful.  He had to do something special to seal the deal. It was Christmas Eve tomorrow, maybe a special dinner that could be the thing. If he did this right, he might even get the perfect Christmas present.  His teenage body groaned under the weight of anticipation.

“Hey?” Ra greeted her.  He had taken extra care with his appearance this evening. An extra squirt of that super scent for luck.

“Hey, you.  Where we off to tonight?” Norv invited, her chocolate brown eyes sparkling under the streetlight.

“I found a new circuit. … and this really cool place to eat also.  Thought you might wanna check it out with me tomorrow.  The menu rotates weekly and it smells amazing.  We could run past it tonight – see what you think?”

“Sure.  Lead on,” Norv replied falling into step with him.

They could smell the sweet aroma as they approached.  He had chosen the perfect time to do this.  This was clearly meant to be.  Ra motioned for her to turn in and followed her to the cosy little space away from the streetlight.

It was dark but light enough to find your way to the entrance.  Outside there was a small crowd, but the place was still not well known.  It seemed most were having a takeaway.  Norv sniffed appreciatively at the heady, sweetness of marinated fruit as Ra watched her nose twitch, hypnotised by its beauty.

“Wow, you do know the best places!” she exclaimed and stepped forward towards him.  Ra felt the soft wetness or her embrace against his cheek in the dark and froze.  His mind battled with every instinct in his body, as it urged him to leap forward and pick that peach.  Every sense in his body salivated at the thought, he could feel firm fuzzy flesh beneath his nails and taste the soft juiciness he imagined might lay inside. “Ra?” Norv queried shyly, as he continued to stare through her trance-like.

“Oh!”  Ra exclaimed.  “Sorry, you just felt so.. beautiful,” he replied. Norv blushed, a fragile pink rising in her cheeks beneath her soft brown skin and settling about her delicate pink lips. “It looks like everyone just comes for takeaway so maybe if we just come a bit later when they are not so busy we can stay a bit longer?”

“Sure – that sounds amazing,” Norv replied and turned to head for their neighbourhood.  Ra nuzzled his cheek against hers as they parted that evening, conscious of the inquiring eyes peering behind the green curtains of Norv’s home.

Ra had taken Norv on a new route on the way to dinner, ensuring that their arrival was timed with the very last diner.  They would have the place to themselves.  He had been checking this joint out for a while and he knew the deal.  When the last purple of the evening finally dissipated, there was a quiet window when no one was around.  The owner was happy to serve and retreated to their own house next door to have their own dinner, only returning to tidy up and close.

He watched her eyes sparkle in the moonlight as he led her into the dark entrance at the side.  The walls were lined with paper as they made their way up the steep tunnel to the dining area.  A buffet spread before them; laden with crisp greens, curled and marinated fruits, and softly aged wine.  It was intoxicating.  The thick heat of summer hovered at their heads and Ra was not sure if it was Norv, dinner or the humidity causing small beads of sweat to gather and cling to his upper lip.

Norv’s eyes never left Ra as she selected the best from the buffet, her perfect white nails gripping each morsel, her soft pink tongue sampled each delicacy, till finally, her mouth closed to envelope its full flavour, her chocolate drop eyes swirling as she devoured the intense flavour before her.

Ra chewed mechanically.  Food was no longer the menu of choice as he watched her, enthralled.  God, she was beautiful.

“Ra, you have something on your lip, do you mind?” Norv asked as she wriggled closer to Ra.

“Mmm, that was nice. There’s another one.  Shall I?” Norv teased as she wiggled closer.  Ra’s last vestige of self-control exploded and his tongue darted out to meet Norv.  Thank God, they were alone. The small dining area was hot and steamy as their heads lifted some five minutes later.  Their faces, shiny with the shared glow of new lust, pressed together glimmering in the cracks of moonlight now seeping through the rooftop.

“Oh Norv,  I wish we could stay here forever,” Ra groaned, edging closer, his body erect, eager to ensure she was aware of his full magnificence.

“We…ll?” Norv teased as her tongue darted across his neck just behind his twitching ears.

“Would you?” Ra asked, his heart beating against the soft fuzz adorning his ribcage.  He imagined she could see it and hurriedly adjusted his position, his biceps flexed and his long sleek tail curled behind him.  He watched as her tail flicked against the soft mustard carpet at their feet – a sleek, shiny string tying his Christmas present up.  He was desperate to tear it open, but he knew this one was precious – he had to be careful not to drop it.

Ra’s whiskers twitched as he followed her soft pelt into the recesses of the compost bin.

“What was that?” Norv purred.  The lid has been lifted off the bin.  Light flooded into to the tunnels of their lovenest.  The scents of new delicacies wafted towards them. She was exhausted. Ra had been the right choice.  The most beautiful Rattus Norvegicus she had seen for some time. A fine choice for her first litter.

“Breakfast, I reckon,” Ra replied gently, as he raised himself on his haunches again. “Do you want to eat first? I’m famished.”

Ra grinned, his whiskers moving in time with his haunches.  God, she was beautiful.  A Merry Christmas indeed!