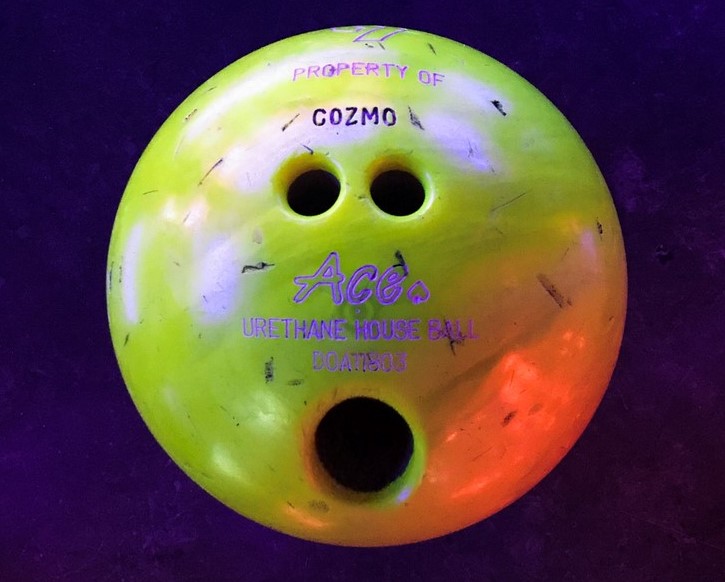 Jett pressed play on the CD and You ain’t Nothin’ but a Hound Dog rocked out across the empty rehearsal room. Normally that would lift his spirits but today he wasn’t feeling it. The only dancing being done was by the butterflies in his stomach.

He tried to sing along but couldn’t get the inflection let alone the right key. Instead he padded over to the other side of the room, his Aldi faux-leather boots making a noise like a cart horse on the pine floor boards.

For a minute he stared at the shiny gold cup in the glass cabinet. Ah! The Burrawarra Heights Elvis Festival Cup. How good did it look. He scanned the names of the past winners engraved on it. The smile on his face disappeared when saw that name: Dr. Rocco Silva. He felt a sudden urge to puke. Make no mistake, this year the name Jett Jones was going be added to the list and Rocco could go to hell. He realised he was drooling and wiped his face and turned to the mirror.

His reflection made him feel a trifle ill. Where had this pot-belly come from? When he sucked in his gut at least he could admire the hairy chest that was hanging out of his white jumpsuit. All real, just like the hair on his head. Not like Rocco with his bloody chrome dome. Not that you’d know it of course, with his friggin’ bespoke wig. There was no Aldi on Rocco’s list of shopping haunts. No sir, if it didn’t sound French or Italian, Rocco wouldn’t come near it with a rusty stethoscope.

Jett returned to the mirror and performed a hip swivel and a karate kick.
I still got it. Let me see you do that without putting your hip out, Rocco.

The bright sunlight in the alley made Jett squint. He lit a smoke and leant against the wall, the heat of the bricks warming his back nicely.

He nodded to the other impersonators coming and going. “Thank you very much,” was the standard response.

“Still smoking Jett? I told you to lay off the fags after your little … procedure,” said Rocco, eyeing off his crotch, with something resembling an Elvis sneer on his lips.

Jett immediately dropped the cigarette and stamped on it, hoping like hell it wouldn’t burn through the plastic soles of his boots.

“Of course, Rocco. How stupid of me. Only a fool would ignore doctor’s orders. By the way, good luck in the competition. I’ve seen the other competitors and to be honest they’re not that good. It looks like it will come down to you and me – but I’m sure you’ll win.”

“You giving up already?

Jett felt his chest tighten. He was about to say something cutting but instead said, “I hope the best man wins, and everyone knows that will be you.”

Rocco’s top lip had curled to be almost touching his nose.

“Thank you very much,” he said.

Jett held the door open as Rocco sauntered through, half dragging Julia behind him.

Jett practiced his sneer in the mirror. His top lip was just starting to curl to his liking when he noticed Rocco’s muscular presence behind him. His lip shrivelled like a leech under a flame.

Even in the mirror, Rocco’s eyes were piercing.

“Surely, you don’t think you have a chance against me,” Rocco said, clenching his fist and flexing his bicep.
“Well,” said Jett, “I might as well give it a shot.”

“Or maybe you shouldn’t give it a shot. I heard you warming up. You don’t sound as shit as you normally do. All I’m saying is don’t get any funny ideas about this competition. I might not take it too kindly if Jett Jones wins tonight, because if you do, the world will hear about your implant.” said Rocco, lowering his voice and moving so close Jett could feel his breath at his neck.

The hot breath gave Jett tingles down his spine.

“Alright, alright, so you’re saying I should hand it over on a silver platter. Take a dive. Yeah whatever you say, Doc, although it’s not really fair is it?

Jett looked up and met Rocco’s wide eyes and held them for longer than he ever had.

“Fair? Just fucking let me win, or else,” said Rocco.

As Rocco got to the door, Jett called out, “By the way, your hair almost looks real.”

Jett watched the third versus fourth battle from the wings and mentally rehearsed for the final. He could hear Rocco behind him talking to Julia.

“I won’t need it, if he knows what’s good for him,” Rocco replied.

Jett felt his fists curl up.

“You know what, Rocco?” said Jett, turning around. “I’m sick of your posturing and looking down your nose at people. You act like you’re some kind of a saint but I know you’re a total arsehole.”

“How dare a low life like you talk to me in that way. You drive a Hyundai, for fuck’s sake. You are nothing but dirt. No wait, wait, you are a diarrhoea infested maggot crawling through the dirt. Does everyone know about your penile implant? I don’t know why the hell I agreed to do the op in the first place. You know I’ve never seen you with a girl, or a bloke for that matter. In fact the only companion I’ve ever seen you with is that sheepdog and there are laws against that kind of thing.”

Jett no longer cared who found out about the implant. He poked his finger into the fake hair on Rocco’s chest.
“If anyone knows anything about shagging dogs it’s you.”

“And I don’t mean Julia. After you performed the implant and the nurses thought I was still under the anaesthetic, I heard them gossip. What was her name? That’s right, Annette Pangos, head of high performance. And from what I hear your performance was anything but high.”

Jett saw it coming and twisted and grabbed Rocco in a headlock. They staggered around wrestling silently while the applause for the third place act died down.

AND THE NEXT COMPETITOR IS DOCTOR ROCCO SILVA!

Rocco broke free of Jett’s headlock and charged onto the stage to roars from the crowd.

Jett tried to clear his thoughts and as he unclenched his fist he realised he was holding something in his left hand. Something furry. It was Rocco’s hairpiece. The crowd weren’t cheering – they were pissing themselves laughing.

Jett polished the brass plate on the gold cup with a tissue. He frowned.

“Hey, they spelt my name with only one T,” he said.

“It’s alright, darling. We know who it is and that’s all that matters,” said Julia, reaching for the bottle of champagne on the bedside table.

Jett put the cup down and ran his eyes over her body again. Her torso was a shade or two lighter than her tanned face and her tits had the shape and texture of bowling balls.

He watched her slender fingers feel the end of the bottle and pop the cork. Foam shot from the neck and ran down the sides. She giggled as she tried to stop the champagne getting on the sheets. She picked up a glass flute and was about to start pouring.

“What do you mean, darling?”

Jett picked up the Burrawarra Heights Elvis Festival Cup and held it out for Julia to fill. He took a long swig and thought for a moment about his opponent.

“I feel as though I should give a speech. You know, like those tennis players do when they win Wimbledon. Perhaps a kind word to my vanquished foe. I wonder what Rocco is doing now?”

She kissed him roughly on the lips.

“Does he have any redeeming qualities?” said Jett breaking for air.

“I will say this for him. He is the best goddam implant surgeon in the Southern Hemisphere.”

She reached between his legs and whispered in his ear, “Come on, Jett, let’s give this thing one more test.”

“If that’s what makes you happy, babe,” he said, blood speeding southwards.

He rolled on top of her and stretched out his leg and with his big toe hit play on the CD. The music sprung to life.

You ain’t nothin’ but a Hound Dog, cryin’ all the time.