The Moving Pen | I love Christmas because… 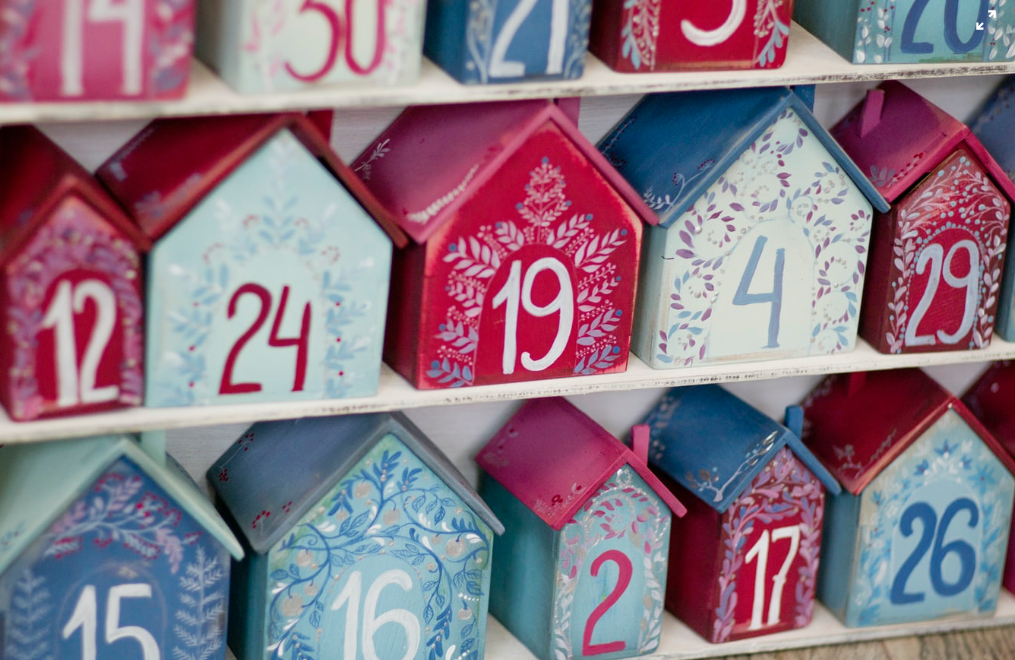 I love Christmas because…

“Gentlemen, please place your bets.”  Marcia announced to her two younger siblings Tom and Peter as she laid out the table for their Christmas lunch.  Tom was the youngest and just turned forty.  He had been assigned the barman for the day.  Peter was the middle child and he was the grill master.  Their collective children were playing in the backyard leaving the three siblings some space to catch up and to get ready for the half a dozen relatives that would be arriving shortly.

“Alright, this year I bet that we can go a full fifty minutes before someone gets upset and leaves the Christmas lunch table.  I’m giving it twice as long as last year on grounds that as we get older, we get mellower,” Tom explained as he pointed his finger to the bald patch on his head.

“Rightio, that’s fifty minutes from Tom.  Peter?” Marcia mumbled as she scribbled the number down on a paper napkin.

“Oh, I’m not so sure about that.  Not with women.  The older they get, the more fearless and vocal they become.  I’ll give it twenty minutes, less than last year.”  Peter said gleefully.

“Alright, twenty minutes from Peter.  As for me, I actually think we’ll have a breakthrough.   We will finish the entire Christmas lunch without anyone storming off,” Marcia smiled and wrote down her own bet.

“That’s not like you to be optimistic.  What made you say that?” Peter asked with a surprised look.

“It has been an extraordinary year with covid to say the least.  It changes people.  It makes you more aware of what you value.”  Marcia replied.

“I’m not sure that’s enough to change Auntie Florence’s cynical view of Christmas. She thinks that Christmas is evil.  It makes people spend money that they don’t have on things that they don’t need.  It also reminds the less fortunate people of their miseries.  She is no fan of Christmas,” Tom shook his head.

“And she might be even more feisty this year as she care less and less about what others think of her.” Peter smiled looking really pleased with his bet analysis.

“I must confess that despite all the silliness and confusion, I do love the feeling of Christmas,” Marcia smiled.

“Okay, I’ll start.  I love Christmas because of the optimism in the air.”  Marcia enthusiastically.

“I hate Christmas because of the large crowds in shopping centres.”  Peter said.

“I love Christmas because of all the decorations,” followed Tom.

“I hate Christmas because I have to wreck my brain about what to get everyone.”  Marcia said.

“I love Christmas because I can drink and eat to excess without feeling guilty,” Peter smiled.

“I hate Christmas because it made me feel guilty when I don’t make a donation to the various charities.”  Tom cringed.

“I love Christmas because it reminds me of the excitement that I felt when I was a kid.”  Marcia continued.

“I hate Christmas because I won’t have anyone to spend it with anymore,” Peter’s voice trailed off with his eyes downcast.

The room fell silent.   The hair on Marcia’s arms stood on end.   Tom paused mid-word and held his breath.  They both looked alarmingly at Peter.

“Sally and I are splitting,” Peter’s voice broke and tears rolled down his face.

“Oh, shit. I’m sorry.”  Marcia put her hands around Peter and hugged him.

“I don’t know what to say.  What happened?”  Tom moved closer to Peter.

“I screwed up.  I had a fling with a colleague and Sally found out.  Now I’m in the shits.”  Peter hid his face in both his hands.

“This may sound strange but I am not entirely surprised.  I just thought that it would be the other way round,“ Marcia spoke quietly.

“What do you mean?” Peter looked up suspiciously.

“I don’t know. It’s just the way that Sally has you eating out of her hands.  She has to be the centre of attention and her needs are more important than others.  I just thought that she would be the first one to step out of line.”  Marcia spoke with her eyes downcast fearing that what she said might upset Peter.

“Jesus Marcia, you’ve never liked her and she knows it too.  This adds to our tension sometimes,” Peter said as the redness on his cheeks grew.

“What? Are you blaming me now?”  Marcia opened her eyes wide and looked at Peter.

“No, all I am saying was that we have tensions but you’re not the only source.  I don’t know.  As times went by, there were less and less laughter between us. Things that we do are just habits and routines.  The worse is that we have become less and less tolerant of one another.  I was getting tired of feeling like a loser at home.”  Peter disclosed.

“Does Sally know that?”   Marcia asked.

“I don’t know. We don’t talk anymore.  It’s like we’re different people now.  I’ve never imagined that this could happen.  I thought love was forever,” Peter sighed and placed his hands over his face.

“You see, people change.  Uncle Rob used to tell us that,” Marcia responded.

“Did he now?  I wish I had paid more attention then.” Peter rolled his eyes.

“Well, you’re always so sentimental.  You’d never believe him anyway.  Everything happens for the best.  Perhaps this is meant to be.”  Marcia placed her hand on Peter’s shoulder.

“Come on Marcia, you’re telling Pete to give up.  Pete may want to reconcile with Sally.” Tom chimed in.

“Well, being single is better than being stuck in an unhappy co-dependent relationship.” Marcia retorted.

“Co-dependent? So you’re an expert now?  It’s possible that Pete can make it work again. Many people seek help with their relationships.  They can see a marriage councillor for example.  Just because you don’t like Sally.”  Tom glared at Marcia.

“Hey, I’m just telling it as it is.  She is so entitled. I honestly don’t know what Pete sees in her.”  Marcia folded her arms.

“You should respect Pete’s choice.  It’s his decision, not yours.”  Tom raised his voice.

“He should learn to make better choices.”  Marcia yelled back.

“Sounds like you have started the fight before I even got to the table.  Are we in a rush to go somewhere this year?” Auntie Florence laughed heartily.

“I’m sorry.  We were just having a discussion.”  Marcia offered.

“The rest of the gang is coming in.  We should get lunch ready soon and then we can talk over lunch.”  Auntie Florence went over to the drinks table and grabbed herself a drink.

Marcia, Peter and Tom looked at each other and went about getting lunch ready.  The children were summoned from the backyard and seated at their own table.

“What a bloody awful year.  I’m so glad to see its back.  Cheers everyone!”  Auntie Florence raised her glass.

“Merry Christmas everyone!”  The crowd responded.

“So Peter, did I hear it right that you are having some marital issues?  I heard part of the conversation coming in.”  Auntie Florence asked.

“Auntie Florence, I don’t think that it’s appropriate to discuss someone’s private life in public,” Tom shot a glance at her.

“What public? We are family.  You can talk about anything with your own family. Me and other uncles and aunties here have lived a long time and we may even have some advice that you younger folks will find helpful,” Auntie Florence nodded at herself.

“Oh God, no.” Peter mumbled under his breath.

“What was that? Did you say something Pete?” Auntie Florence asked.

“No, Auntie Florence. Let’s eat.  Everyone must be hungry.”  Peter passed the salad around.

“Is that potato salad? That’s my favourite.  Potato salad is similar to relationship.  It’s so common.  Everyone can have them.  It’s easy to start.  But it’s not easy to do them well.  It takes skills, experience and patience.”  Auntie Florence scooped some into her plate.

“Auntie Florence, are you serious?  You’re not going to let this go, are you?  Anyway, what do you know about relationships.  You’re single, remember?”  Peter challenged her.

“That makes me more objective in these matters.”

“Well, I know enough about myself and enough about relationships that I am not suited to have one.”  Auntie Florence smiled.

“That’s heaps helpful to me.”

“Auntie Florence, aren’t you lonely by yourself?”  Marcia asked.

“I feel lonely sometimes when I’m in a group where no one else shares my view.  But I’m never lonely when I’m alone.  It’s not possible to be lonely.  There is no one to feel disconnected with.”  Auntie Florence mused.

“Well, it’s too late for me. I’m already in a relationship.  And it sucks.” Peter said.

“It sucks only because it doesn’t meet your expectations.”  Auntie Florence gave Peter a wink.

“Are you saying that my expectation is too high?”

“It’s also possible that your expectation is too low and you don’t have good boundaries,” Marcia decided to push her point.

“Oh, is everything my fault now?”

“Not everything. As in a potato salad…”

“Stop it. Auntie Florence, stop your potato salad theory.  You have no idea how much trouble I’m in.  This is serious.  I could lose not just my relationship but also half of everything that I’ve spent my lifetime building.  It’s not funny.”  Spits came out of Peter’s mouth as he spoke with a reddened face.

“Then make it work. The grass is not greener on the other side.  People are just people.  One is not too different to the other.  You can hook up with another and repeat the pattern.  Lose another half of your shit. “

“How much more depressing is this going to get?”  Tom shook his head.

“Auntie Florence, what if Sally was not the right person for Pete?”  Marcia asked.

“No, I’m serious. What if the other person is a bad influence?  How do you decide whether to make the effort?”  Marcia insisted.

“Well, you can’t change people but you can always manage them,” Auntie Florence answered.

“Look, here is some logic for all of you.  When something is broken.  What do you do?  You can repair it, you can buy a new one, or you can go without it.  You apply this logic for everything.  Why should relationships be any different?”  She continued.

“I never said it was easy.  I only said that it was logical.  It will require a lot of self-exploration, courage and communication.  That’s why I’m single.  I couldn’t be bothered.”  Auntie Florence took a gulp of her drink.

“Well, Marcia and Tom, I may suck at relationship but I am good at placing bets.  I just won.  You guys need to pay up,” Peter left the table and went to sit on the couch.

“See, I told you Christmas is evil.  It shines a light into our flaws and highlights how far we are from our ideals.  Tom, are you the barman today?”  Auntie Florence downed her drink put her glass up for a re-fill.