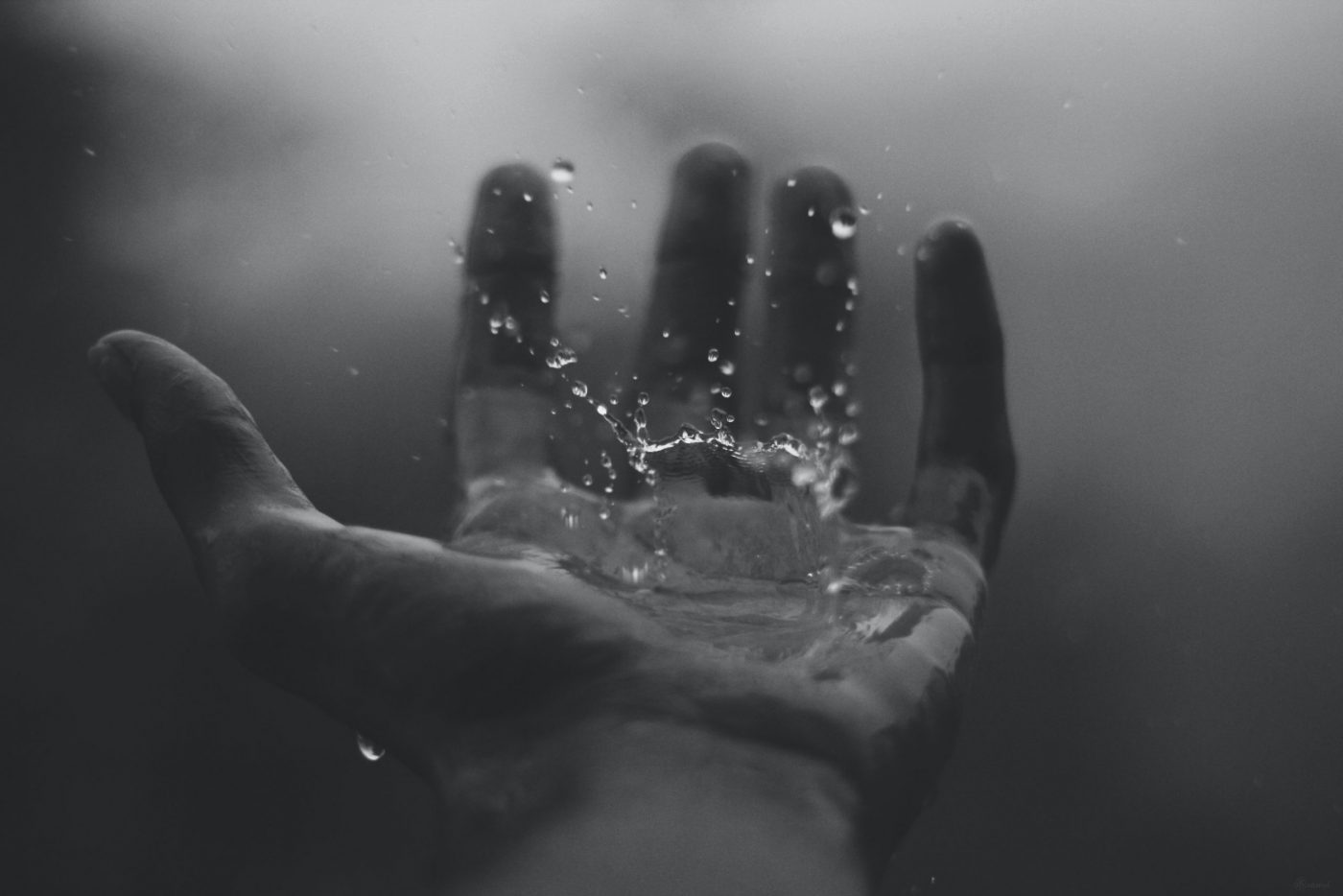 The white flash, then the savage crack of thunder, the flash again and the rain attacked the night. The storm had come. Wind battered the trees and great sheets of rain collapsed from the sky.  The storm roared across the park in a blaze of light and thunder. Lightning arced and split apart a branch of fig which flew into the night.

Gumboots on, Del retrieved an umbrella from the stand and opened the door. Immediately the storm ran at her, whisking her hair about her face and wrenching at the umbrella. She bent low and forged her way into the park, to a space lit with dim yellow light. There she stood, in a frail golden aura, soaked to the skin, her feet as wet as her heart, futilely clinging to the umbrella in the mad shroud of the storm.

She looked back at the house. The lights there glowed warmly in the latticed windows; she knew the heater was on. She could be dry, warm and comfortable, but the skyfire held her here, in the rocketing storm. She jumped in fright when a fork of lightning struck and for an instant seared the air with light. Then it was gone, but her hair stood on edge about her head, like some sodden forlorn medusa.

She heard a voice in the wind. “Del! What are you doing out there! It’s not safe! Come back inside!”

She saw Jo’s figure, shadowed in front of the porch light, semi hidden from the storm. She did not move, but let the wild air thrill her in its rage.

The wind tore Del’s umbrella backwards and the rain spat in her face. Another jolt of lightning flared as she fought to snap it back.

That was her name, a lantern in the storm. She was a stronghold, the harbour under attack, still resisting the rampage of the night.

A form moved in the dark. A bush perhaps belted by the wind. It appeared again, slightly larger, but then was gone. Del peered into the impenetrable haze of rain. Darkness melded with darkness. Forms and things elided.

Then, with a flash of lightning, Jo was before her, not three steps away.

Jo was now in reach.

The drops on Del’s cheeks were not rain. The storm had soaked her, but tears were light and dried the heart.

Del gave the umbrella to a gust of wind and it spiralled upward and away. She touched Jo’s cheek. There were tears there too.

Del reached forward and placed her arms about her lover. They clung, like refugees in the flood, waiting for the torrents to wash them away. They kissed, frantic like the storm, the thunder of redress resounding in Del’s heart. The rain fell upon them, their hair, their clothes, their shoes, all wet in the tumult of their night.