The Moving Pen | The Fifth Assassin 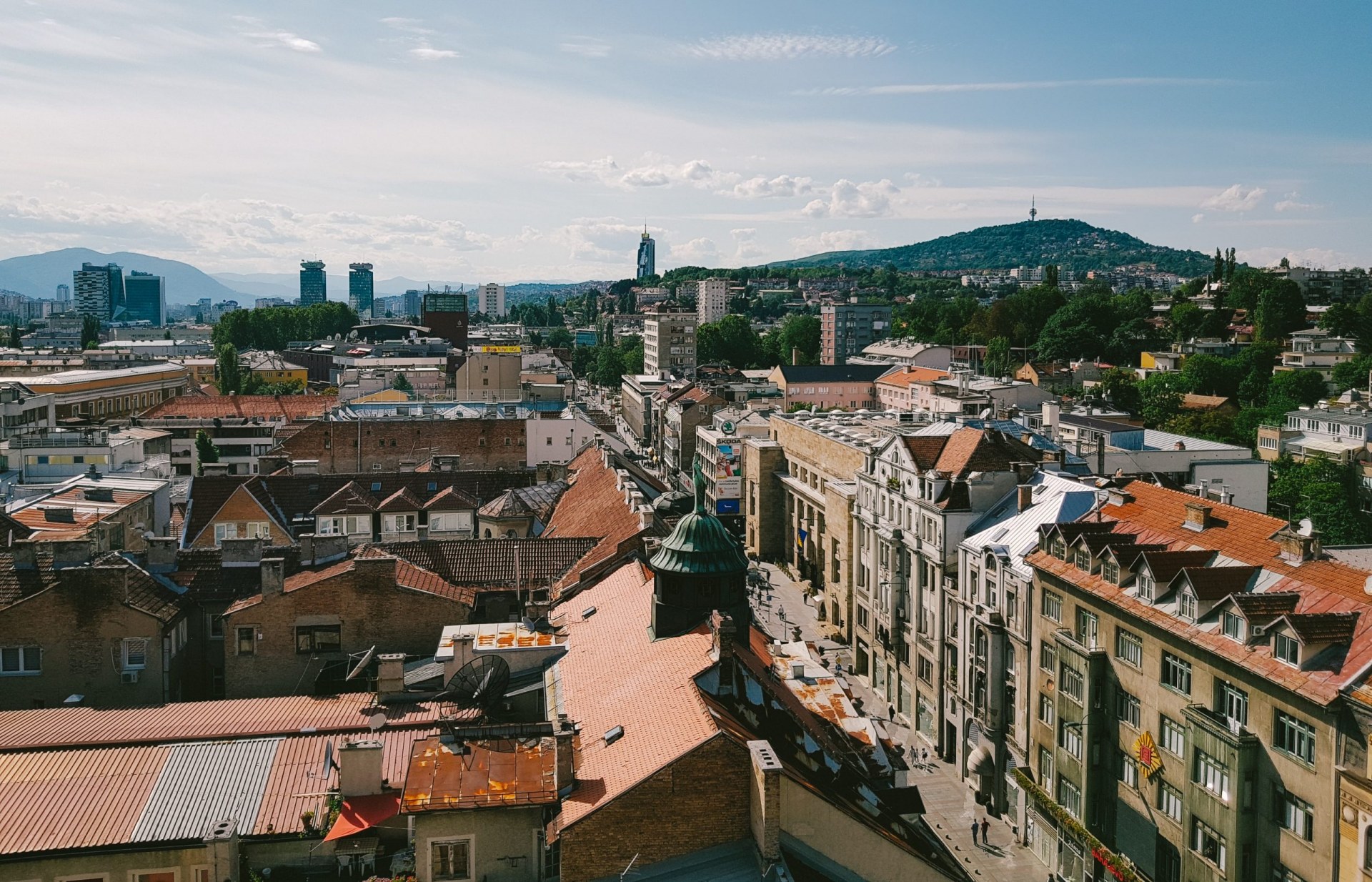 Gav couldn’t decide what gave him more solace; the pistol in his right coat pocket or the bottle of poison in his left.

There was no immortality to be had in swallowing the poison without having first fired the pistol. And what a pistol! The Browning .380 would put a hole the size of a korona right through a man’s skull and come out the other side along with half his brain.

The boom of a cannon marking the start of the motorcade cleared his thoughts. A cheer went up from the crowd lining both sides of the Appelquai. A military band started up. The sun re-appeared from behind a cloud, bathing the city in an almost divine glow. Gav had been nearly dozing among the mass of people but now he felt the weight of impending action and the pulse in his throat quickened. He felt the hardness of the Browning through the cloth of his coat. The target would be here in fifteen minutes.

All around him, people laughed and clapped as though this was something worth celebrating. A man lifted a small child on his shoulders to see over the heads of the crowd. Three teenage girls giggled excitedly as they craned their necks for a better view.

Gav silently repeated the lyrics he and Trifko had sung at the safe house over too many shots of rakia:

My arm is strong

My aim is straight

Our cast down people

Are filled with hate

He checked his watch again. Five minutes to immortality.

Or so he hoped. He cursed at those interfering fools and their last-minute change of plan. Instead of just him and Trifko, the only ones truly loyal to the cause, they now had six people lining the Appelquai. He begged to be at the head, but no, here he was, the fifth assassin on the route.

At the safe house Illic had taken him aside and said, ‘It’s not that we doubt your courage. We need the hardest men near the end in case the others lose their nerve.’

Those bunglers would only make a mess of it. Get the motorcade cancelled. Miss the opportunity.

But now, with the target getting closer, Gav had other thoughts that disturbed him. As the butterflies in his belly intensified, he considered the possibility that he might be the one to lose his nerve. It had all seemed so simple with the rakia running hot through his veins. He buried his hands in his pockets so he wouldn’t see them trembling and felt the reassurance of the Browning’s hand grip.

A dull thud came from the direction of the Umurja bridge. Gav twisted around and stood on tip-toe to see over people’s heads. There were screams from the crowd. The band stopped playing. About a mile away a pall of smoke rose into the cloudless blue sky.

What happened? Had the deed been done?

The thought occurred to him that he could just slip away.

People were chattering anxiously. In the confusion all sorts of rumours circulated: ‘An assassin,’ said one; ‘They’ve killed him, said another; ‘No, they missed!’ said still another.

Soon he could hear clearly the revving of automobile engines. The crowd stepped back as three motor cars passed by at high speed, the target very much alive in the third car.

Should I have taken a shot? But surely they were going too fast? Was that my chance at immortality gone? I am the hard man aren’t I?

Trifko came up to him, breathing hard, a deep scowl across his face.

‘Ned threw his bomb and missed.’

‘Fucking idiot. Did he take his poison?’

‘No. The bastard got caught by the mob. Beating the shit out of him.’

‘What about the others?’

Trifko spat on the ground. ‘All of them slunk away like alley cats. Not a set of balls between the lot of them. It’s just you and me now, just as we expected.’

‘So, what’s the new plan? Are they going to call off the motorcade?’

Trifko’s normally confident expression wavered. He shrugged his shoulders. ‘Who knows what they’ll do. It looks like they’ve gone to the Town Hall for the reception so it seems they are intent on going through with the charade. I haven’t got a clue what route they’ll take on the way back. I’ll station myself at the Kaiser Bridge in case they turn there. Can you wait on the corner of Franz Josef Strasse, opposite the church?’

Gav nodded. ‘It sounds a good idea as any.’

‘And Gav,’ said Trifko, gripping him on the shoulder and looking fiercely at him, a deep patriotism almost discernible in his grey eyes, ‘We can still do this. Remember, your arm is strong, your aim is straight. Good luck, compatriot.’

They gripped each other in a strong embrace, then Trifko wandered over towards the bridge while Gav took up his new position.

As he waited for the return of the motorcade, Gav thought back to that day in April when the plot was revealed to them. Everyone agreed that now was the time for action. It made him sick that the only dissenter was his own brother, Vedran.

‘If you do this, it could start a catastrophic war across Europe. Millions of people could be killed,’ Vedran had said.

‘That’s bullshit. What’s it got to do with the rest of Europe?’

‘Don’t you read the newspapers? Have you not heard of the grand alliances. Oh, that’s right, you just read that propaganda shit those so-called patriots give you. I talk to people, listen, open my eyes. Unlike you, Gav, I use my brain.’

‘I’ll tell you something brother. You are not smart, you are a coward!’

Gav stood on the corner listening to the crowd. The mood had changed. Many were angry about the assassination attempt. Some gave gruesome descriptions of what they would do with the perpetrators if they caught them. Now his brother’s words seemed to take on a new clarity as bright as the Sarajevo sunshine. What if he just slipped away right now? He could be back over the border with Mama, Papa and Vedran by tomorrow evening.

There was a murmur from the crowd. He could hear automobile engines again. From his left came a ripple of cheers that signified the approach of the motorcade. He took a deep breath and pushed his way to the front row of spectators.

Two cars turned at the corner where he was standing and sped off. There was no chance of getting a shot away. The third and final car, a big open-topped Fritz und Stift came around the corner and stopped inexplicably just a few feet in front of him.

Someone in the car shouted, ‘Fool, you are going the wrong way, reverse and go back down the Applequai.’

What is the driver doing?

There was a crunching of gears, then the engine went silent as the car stalled.

Gav stood motionless, his heart thudding so loudly he thought people nearby must hear it. He stared at the scene in front of him for what seemed minutes but must have only been seconds. It took every ounce of his will to keep his hand in his right coat pocket and not just fold his arms and pretend he was just another spectator.

‘Hurry man!’ said the person from the car.

The engine spluttered into life.

Immortality was at hand.

Gav gripped the Browning with trembling fingers. The crowd pressed in on him. He looked at his watch, the crowd, the church, and then directly into the startled face of the Archduke.

He stepped out onto the roadway and raised his right arm.