The Moving Pen | The Four 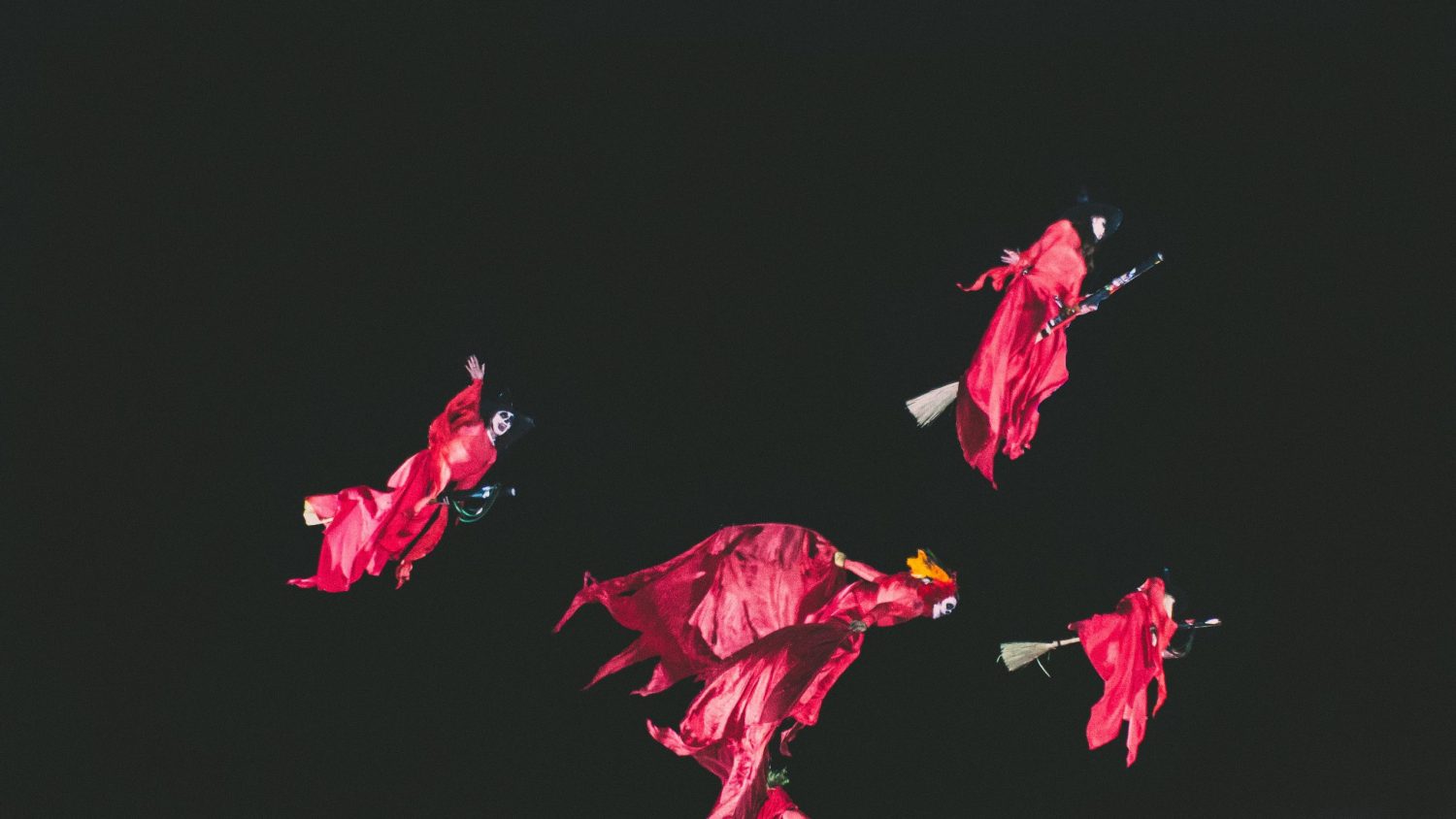 “Good grief, witches,” said the old professor as he descended the old wooden stairs to the basement.

The four harridans seated around a smouldering cauldron sneered back at him. Clarissa stood, her oversized nose reflecting in the sallow light of the single bulb that swung from the rafter above the group.

“And what brings you here, Mr Professory sciency type?” Her sisters cackled.

“I was hoping to borrow a cup of hemlock,” said the old man said.

“You mock, you old fox,” said Persephone, her velour cloak low around gaunt shoulders, “but forget not, we command the four elements of the universe.

“Oh for goodness sake!” shouted the professor. “The four fundamental forces are the weak and strong atomic forces, the electromagnetic force and gravity. Get out of the middle ages!”

The women ignored him, and chanted on around the glowing cauldron. Their shadows danced on the grey walls of the underground cavern.

The scientist strode to the cauldron and grimaced at the chthonic stench that emanated from it.

“What’s in this nonsense broth?” he said.

A witch bit the head off a struggling cockroach.

Immediately the head hit the soup the room was lit with an eerie green luminescence, and the world began to spin. The professor grasped the edge of the cauldron to steady himself and felt it was strangely cold. He felt his body lift and he cried out but only bird calls left his stricken throat. His arms were feathered, his nose a beak and he flitted about the room, desperate to get out, banging on the walls and knocking his head on the rafters.

He found his way to the stairs and flew up through the open door and up again and again to his attic, where he rested on the beakers and measuring devices of his laboratory.

Just as his form returned four puckered faces appeared in the doorway. One thrust a steaming bottle towards him. The others tittered.

The professor turned to his computer banks. Twiddling nobs he said,

“Come in, ladies,” he said, flashing a vengeful smile.

The first fell to the floor, but began to rise. The second fell on top of her, pinning them both to the ground. The third was struck by a ray of electromagnetic laser and the fourth was stuck to a large wall on the side of the attic.

The shrieked and howled in response but they were captive.

And, taking a sip of his hemlock, he turned back to the studies he had left off beforehand.