The Moving Pen | A short life 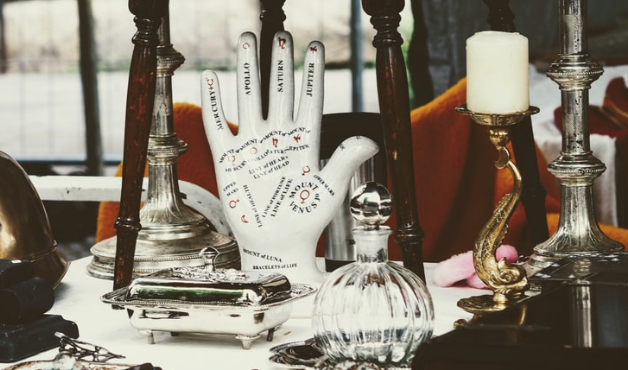 Life is short.  According to palmistry, a lack of lifeline meant a short life.

“Mary, your lifeline is so faint that I can barely see it.”  Georgia the twelve-year-old palm reader announced apologetically.

Mary’s heart sank.  She rubbed nervously at the faint lifeline on her palm.  With a reddened face, she said,  “I don’t care.  It’s rubbish anyway.  Just superstition.”

But Mary cared, and she believed it.

I don’t want to die.

Mary awoke in the morning and sat up on her bed.  Everything seemed still.  She could see the dust on the books, the pens and the petals of a synthetic rose.

Mary went out to the living room where her mother was folding up the laundry.  Grey hair covered her mother’s head.  Her mother suddenly looked old and frail.  What she saw did not match the much younger image she had in her mind.

When did my mother get old?

Taken aback, Mary felt a sudden surge of guilt.  She had blamed her mother when things didn’t go her way, and she took her frustrations out on her mother on a regular basis.

Mary, shame on you.

“Oh hi sweetie.  You’re up. Is everything okay?”

Mary walked up to her mother and hugged her from behind.

“Let me help.”  Mary moved to the pile of clothes and picked out a t-shirt.  She decided that things would change from now on.  It ‘s her turn to look after her mother.

“Mum, what do you want for… ”  Mary searched in her head for the next occasion when she could get her mother a gift. Her mother’s birthday was still a few months away and Christmas was no closer.  Then an idea struck her.

“What do I want for your birthday?”  Mary’s mother checked.

“Yep, you gave birth to me so I should be buying you a gift in return,” Mary beamed.

“That’s nice.  I’d like three A’s from you for your exams please.”  Her mother decided.

“NOOOOO…that’s not how it works.  You’re supposed to pick something that I can get from a shop.”  Mary threw her head into the fresh smelling pile of towels and clothes.

“You see, after you were born, I was terrified of losing you.  So I offered you up to the universe.  I told her that she’s yours so that the Gods won’t be jealous of you.  So the gift that I want is for you to be capable and independent.“  Mary’s mother reasoned.

“Is this why I’ll have a short life?”

“What do you mean?”  Her mother was alarmed.

Mary opened her palm and showed her mother her faint lifeline.  “This means I’ll have a short life.”

Her mother roared with laughter.

Mary opened her other hand and saw a perfectly long lifeline.

“How do you know?”   Mary looked sheepishly at her mother.