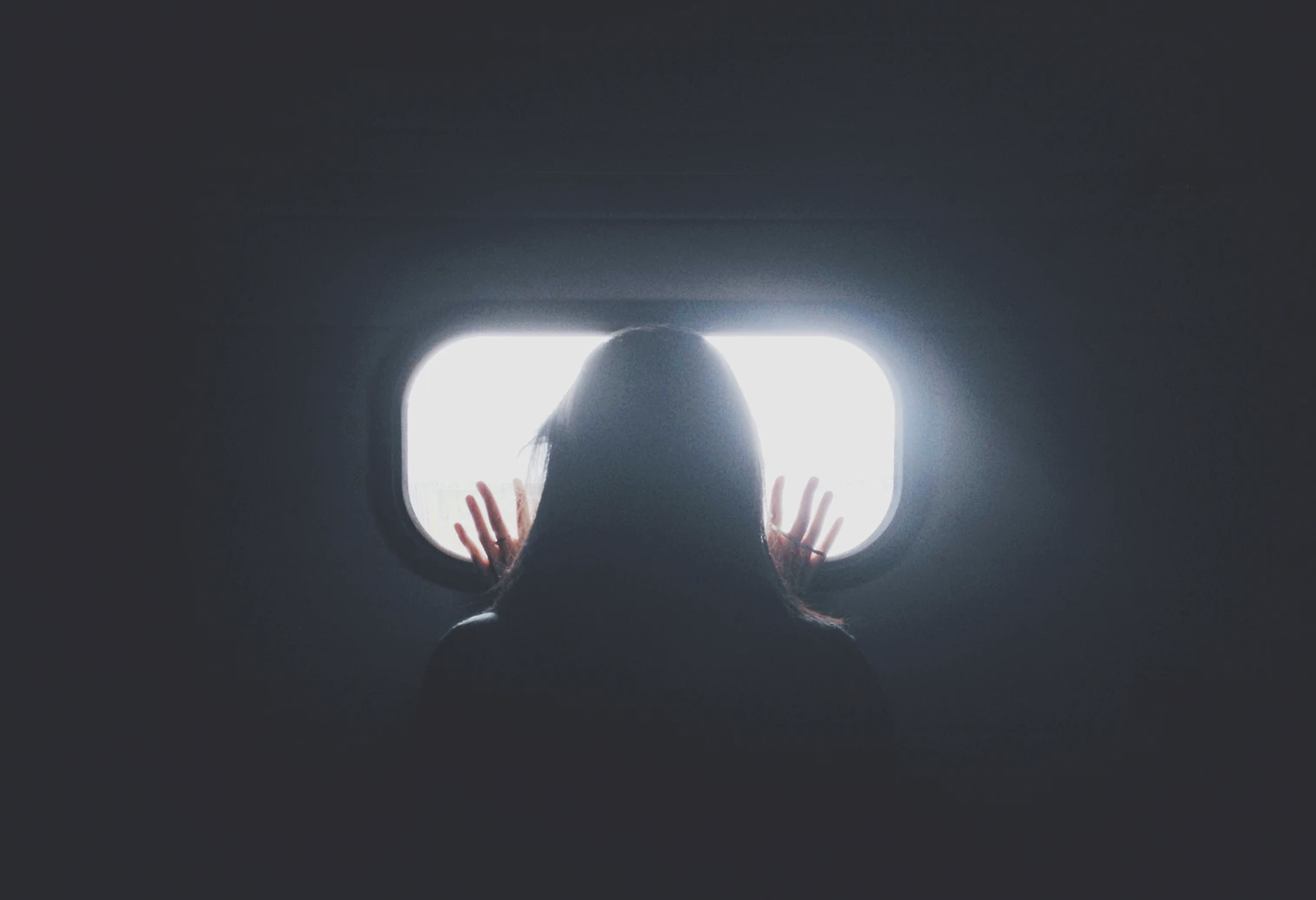 It’s pretty amazing how one could figure out the climate of a place from millions of years ago by studying the side of a mountain, Amy thought to herself as she flicked through the pages of “History of Planet Earth”.  Amy was alone in the school library while the rest of her classmates played a variety of sports in the school grounds.  She had a medical certificate that exempted her from participating, thanks to a bad case of pneumonia three years ago leaving her with a partially collapsed lung.  She would sit out all the sports sessions in the school library.  A fifty minute of solitude that she really didn’t mind.

The quietness of the library was inevitably disturbed by the harsh sound of a screaming electric bell.  Amy was transported back from her imagination of a glacier hundreds of thousands of years old inching down a mountain.

Wow, a gigantic block of ice that could actually move?  It moves continuously.  This means that it’s still moving today, and it’s actually moving right now!

Amy let out a sigh.  It was a call to return to the classroom for the last lesson.  She looked to the library door and felt a dread in her stomach.  She didn’t want to leave the library.  There was nobody here.  It was quiet, peaceful and she liked the smell of books.  She felt safe.   She could be alone.

I don’t think anyone is going to miss me anyway.

Amy decided to stay put.  She was sitting behind a column where people could not see her easily.  The chances of being caught would be low.  She wasn’t causing any trouble anyway.  So she went back into her world of glaciers, rocks, river beds and volcanoes.  This time, she imagined herself on location at some isolated ravine examining the a particularly curious rock formation.  She could smell the scent of dirt, soil, animals and trees.  She became a detective looking for clues. What happened here thousands of years ago?  More importantly, she could be by herself with no one bothering her.  It would be just her and the rocks.

If I were to become a geologist, my job would be to study the earth.  Who knows, I could make the biggest discovery.  Maybe I could even find a magic garden that I can hide inside whenever I want.  I know what the other kids call me.  They call me Amy the House Spider.  I am too tall and skinny.  I have dangling long arms and long legs.  I wear glasses.  I don’t have friends and I like to hide in a corner.  Ha Ha, Amy the House Spider.  Well, it’s not very funny.  One day, I’ll show you who Amy really is.  I am Amy the Geologist who will make a major discovery of something that no one on earth has ever seen or known.

The school bell rang again.  This time, it was to indicate the end of the school day.  Amy packed up and re-joined the throng of kids rushing out the school gate.  She kept her head down and hoped that nobody from her class would see her.  She did not want to be noticed for having just skipped a class.

It was a hot summer day.  To get home, Amy had to catch a bus followed by a ten minute walk.  She started to feel unwell on the bus from the heat.  She knew the feeling and had learned to relax and to go slow.  She walked slowly and tried to stay in the shade.  Her glasses kept sliding down her nose from the sweat on her face.  Her lungs started to burn.  It was getting more difficult to breath.  Amy brushed the damp hair away from her brow and persevered.  She took one step at a time.  She didn’t have far to go now.

I can do this.  There’s just one more street to go.

She started to count to a hundred to distract herself.  The burn in her lungs became more intense.

Come on, just half a street.  Fifty-five, fifty-six.

Amy heaved.  Her whole body was shaking by the time she reached her front door.  Her dress was soaked.  When she finally got home, there was nothing left in the tank and she collapsed on the hallway gasping for air.  She laid on the wooden floor.  She could hear her own wheezing against the music from the radio.  The DJ was playing the Beatles’s latest song, A Hard Day’s Night.  The Beatles were what all the radio played these days.

“Amy, is that you?  Your brother finally fell asleep ten minutes ago.  He’s been super naughty.  I’m making you an egg sandwich now,”  Amy’s mother stuck her head out of the kitchen with her apron on to greet Amy.  Her face dropped when she saw Amy on the floor slouched against the wall. “Oh no Amy, hold on.  I’m calling Dr. Finn.”

The doctor arrived shortly with his black gladstone bag.  Amy’s mother took him immediately to Amy’s bedroom where the twelve year old laid listlessly in bed.

“Mrs Coles, Amy will recover and be fine after some rest.  That’s part and parcel of living with a partially collapsed lung.  The humidity is tough for someone with Amy’s condition.  Is there a way that you can get Amy to a dryer place?  It will give her lungs a break,” said Doctor Finn after examining Amy.

“I don’t know.  My husband’s car mechanic business has just started to pick up.  He has bookings all the way to September.  It has taken him many years to build this business and it’s not the time to relocate.  I’ll need to figure else something out.” Amy’s mother frowned.

“Mrs Coles, even a short trip now and then can do wonders.  Canberra or the Blue Mountains are not too far away.  She would probably enjoy the adventures,” Dr Finn smiled encouragingly.

“Yes, she’ll probably enjoy that.  She’s being held back by her health.  Given half a chance, she would rather be outdoor doing outdoorsy things, like looking for rocks.  I don’t know.  It’s something that she likes to do, for hours on end.  A most unusual girl.  Of all the things that a girl can get obsessed about, she chose rocks.  But my husband’s business is just so demanding at the moment.  I doubt that we could afford the time even for these weekend excursions.”

“This is important for Amy’s health.”

“Oh, I have an idea.  I wonder if she would be open to staying with my sister in Stanthorpe.  My sister Jayne has a farm there, an apple orchard.  Amy could perhaps spend her school holidays with my sister’s family on the farm.”

“Splendid idea.  Stanthorpe would be really good for her.  It’ll do her lungs some good.”

“Alright, I’m glad we found something. I’ll make the arrangements then.  Dr. Finn, thanks very much for coming around today.”

“Mum, where did you say I have to go for my school break?”  Amy asked in a distressed tone.

“Stanthorpe in Queensland.  It’s lovely there.  Plenty of space and fresh air.  Plenty of dry air for you especially.  This is something that Dr. Finn said you needed.  There’ll be farm animals, lots of apple trees and all the apples that you can eat.  You have no idea how many people would love for the opportunity to spend time there,” Amy’s mother smiled.

“I don’t know anybody there.”

“Your aunt and uncle will be there.  They adore you and you’re lucky that they are happy to host you,” Amy’s mother continued.

“What about my friends?”

“What about your friends?  I don’t recall you having a vibrant social life here.”

“Seriously, this is important and it’s for your own good.  Don’t you want to get better?”

“Will you come with me?”

“No sweetheart, I would if I could.  I need to stay here to help your father and look after your brother.  You know how full on your litter brother is.  He has two modes.  Overdrive and sleep.  There’s nothing in between.  You were never like that.  You were an easier child.”

“It doesn’t pay to be good, does it?  The naughty one gets all the attention.  What do I even bother?  It’s just not fair.  Why do I have the bad lungs?” Amy pouted her lips.

“Life is not fair.  Guess what?  You are already the lucky one.  You should be grateful for what you’ve got here.  You have a beautiful place to spend your school break in.  You’re also going to feel better with the weather there.  You shouldn’t be complaining.”

“Stop complaining.  You’re going and that’s that.  You will get on the train and you will spend time in Stanthorpe.  This is for your own good.  You need to take responsibility for your own health.  My hands are full.  Look, I’m busy.  I need to go to your Dad’s shop to help him out now.  Just be a good girl.”

“Being good doesn’t pay, remember?” Amy yelled after her mother as she closed the bedroom door.

This is just great.  I have no friends and I now have no family either.  It sucks to be sent away to some apple orchard in the middle of nowhere.  It sucks that my parents love my brother more than me.  It sucks that the kids at school look down on me just because I don’t play sports.  They’ll be wrong to overlook me like this.  I’m not a nobody.  I’m going to be famous one day.  I’ll be on TV and in the news telling the country about my latest discovery.  I’ll be wearing a designer suit and sunglasses. They’ll see how good I am and regret treating me so badly.  They just wait.