The Moving Pen | Bags of Time 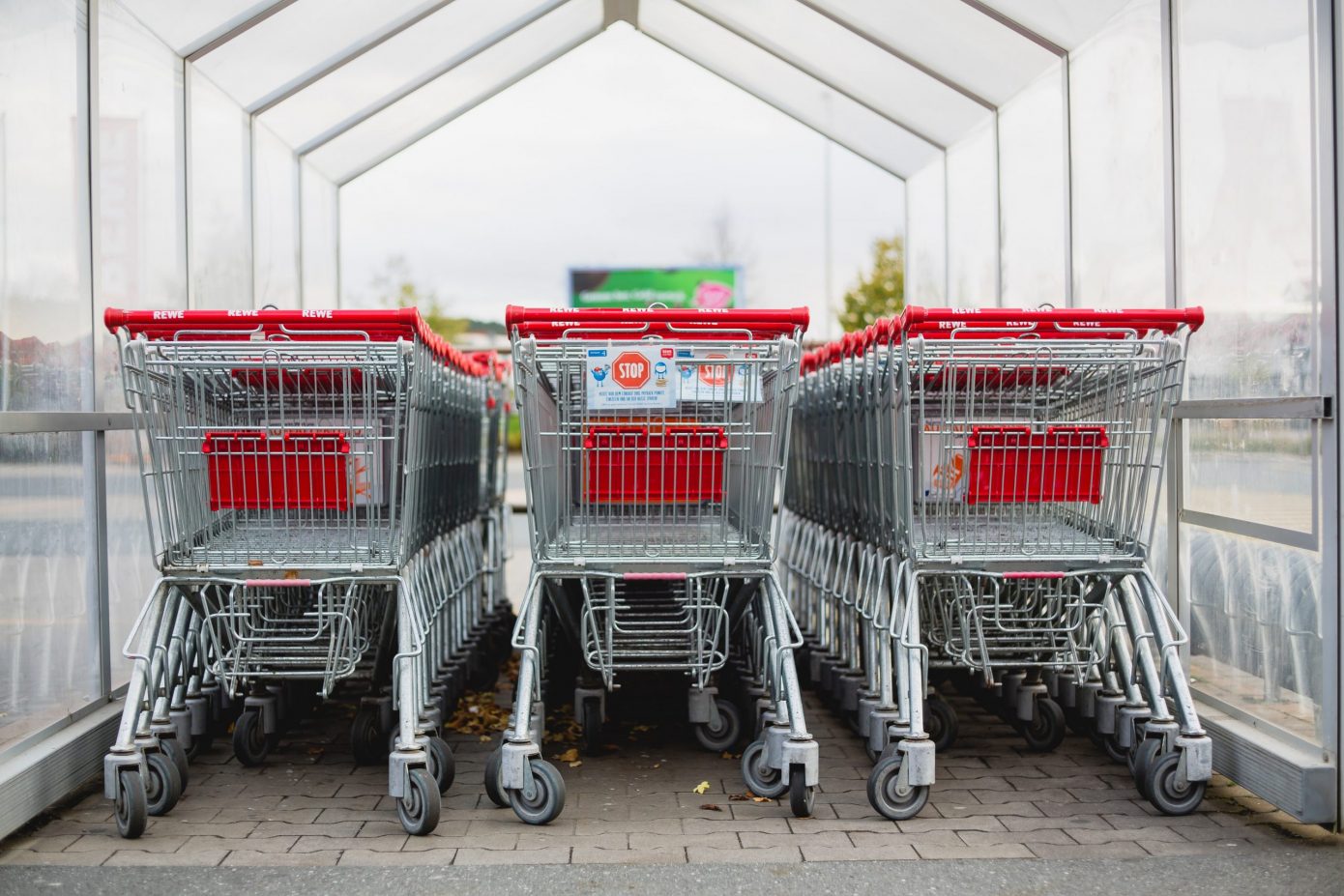 “What is it, darling?” said the elderly man behind the shopping trolley to his wife who was hovering about like a large orange wasp searching for something to sting.

“It’ll take ages to get through,” she said, “and we’ve got to drop these off at Florrie Morgan’s and then pick up the grandchildren by 2 o’clock.  Look, that man ahead of you has two trolleys of goods.”

“Goodness me,” said his wife. “All that sugar.  He’s lucky to have any teeth left.  Let’s use the self check out.”

“Can’t, love, there’s too much in our trolley.”

“Yes we can, let’s go,” she said, and tugged at the trolley.

“It’ll be okay,” said Dennis, tugging his way, “the queue is moving fast.”

“Holy mother of god,” said his wife, and made the sign of the cross on her bosom. She strode over to the trolley bay and yanked another trolley out.

“What are you doing?” said Dennis.

“I’m taking half this stuff to self check out and we’ll see who’s fastest.”

“Pedant.” She frantically threw half the contents of the trolley into her empty one, then surged off towards the self check out. As she did so the man in front of Dennis moved forward, gave one bottle of soft drink to the cashier and said, “There’s eight cases total.” The cashier rang them up, the man paid and the cashier said, “Next.”

Dennis waited outside the self check out section while his wife emerged in an angry funk. “Four times I had to call the service girl, I don’t know what that machine was doing. They really should make sure those things work properly. Did you have the mustard?”

“Good, let’s get to the car,” she said and sped off towards the car park. “Do hurry up, Dennis.”

The bags packed, the doors closed, Dennis started the engine.

“Well I don’t know,” said his wife. “I thought you knew how to get there.”

Dennis pressed the navigation system and entered the address. He said,

“We can either turn left and go via the coast, or turn right and go the inland route. It says inland is five minutes quicker.”

“But the coast is much nicer.”

“I thought we were in a hurry,” said Dennis.

“The main streets will be full of traffic, and traffic lights, they always slow you down.”

“Oh what would a machine know, Dennis,” she said. “It’s just as bad as the one in the supermarket. Take the coast road.”

Dennis grinned. “You don’t want to split the car and see who gets there first?”

“You mean firster,” said his wife and clicked her seat belt shut. Her eyes sparkled.

“Firstest,” he said, and steered to the exit.

He paused to let a car go by and then turned left.