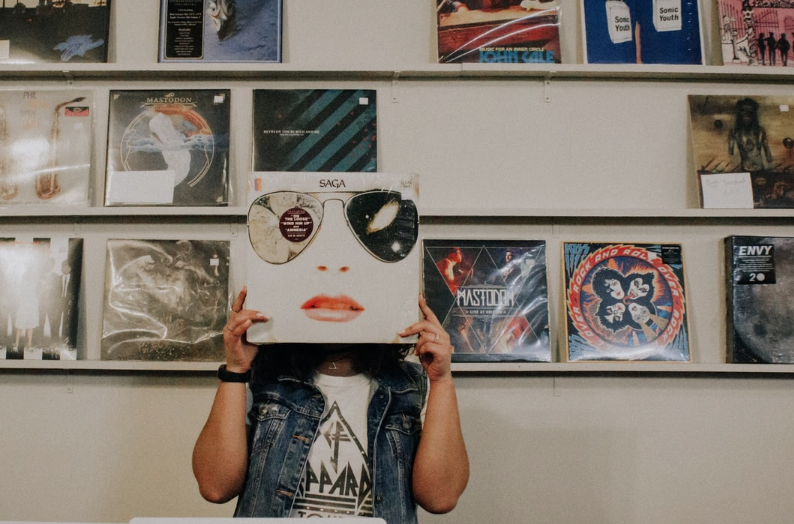 The blue sky was striking.  The fluffy white clouds resembled little bunnies waiting around for their mother.  Tom was nine.  He stopped for a minute on his way to school to take in the view. He felt good today.  For the first time in his life, he was able to keep up with his class.

Tom had a problem with concentrating.  His mind drifted as soon as he sat down in class.  This meant that he was not learning what he needed to learn.  It also meant that he was petrified of being called up in class by a teacher.

“Does anyone know the answer to the question?  How about Tom?”

Tom looked down and shook his head.  He could feel the growing heat on his cheeks.

I have no idea.  I didn’t even hear the question.  God, I wish I could be swallowed by a big dark hole right now.  My face is on fire.

With the help from his parents however, they found a strategy to compensate for his inability to concentrate in class.   The strategy involved Tom’s mother sitting next to him to go through all the materials that the teacher would have gone through during the day.  Not the most enjoyable task for Tom’s mother, but it helped.  It also beat dealing with a child that continuously wanted to find excuses for not going to school.

Tom was now on back on track to have a chance of passing the year.  He was very glad about this because he did not want to end up homeless.  His parents had instilled in him that he would end up poor and  homeless if he did not do well at school.  Tom believed them.

Back in class, Tom took out his books out for the lesson.  He sensed that something was not quite right.   The other students sat there with an empty desk.  They were not taking out their books.  The teacher also behaved differently.  Instead of greeting the class and started talking, he was silently organising a large stack of papers.

Hmm…What’s this?  What’s going on?  This looks ominously like a test.  I hope we are not having a test today.

“Okay kids.  As I had mentioned in class last week, we will be having our test today. “  The teacher announced.

No way.  He did not say that last week.  Did he?  I don’t remember him saying anything about a test.  Oh no.  I did not prepare for a test.

Tom started to perspire.  His heart raced.  He looked desperately around hoping for a protest that this was a mistake.  But he was alone.  His fellow students just took out their pens.  They knew about the test.  They were not surprised.  This was one detail that his catch up at home strategy had not catered for.

Crap!  I swear, I did not hear him.  This is going to drag me down.

The teacher walked down the aisle and placed a sheet of paper on each desk.  When he had gone through everyone, he went back to the front and said, “You can turn over the sheet and start the test now.”

Tom went over the questions.  They were not hard but he could not remember all the details.  He could have done a much better job if he had prepared.  He was furious at himself.  He wished he had known about this.

What is going to happen now?

I wish the teacher would fall ill.  In his discomfort, he forgot where he placed the test papers and they were never to be found again.

I wish a fire or an explosion would rip through the school overnight destroying all the test papers.

I wish I could turn back time.

I wish I could be invisible so that I could sneak into the teacher’s room to change the score of my paper.

I wish I could concentrate in class and avoid missing such important information in the first place.

Tom kicked a rock onto the road.  A car promptly drove over it.  As the car passed, Tom saw a reflection of himself from the car’s window.

Camouflage!  I can become invisible with camouflage.

Tom read an article about how a chameleon changed their skin colour.  A chameleon could see the colours in its environment and told its brain to change the colour of its skin to match them.  This technique could be replicated with simple video technology.  Imagine a person walking on a street with a video filming the wall to his right.  If he projected the image on a display screen to his left, people standing on the opposite side of the road would not see the person walking but rather the image of the wall.  The person became invisible.

If I could make a camouflage screen for myself, I could sneak into the teacher’s room without detection.  I could change my result.

Tom got excited about the idea.  He raced home to start researching on video display technologies.  He learned about different types of surfaces, materials, frequencies, reflection index, contrast, diffusion, emissive and transmissive pixels. He spent hours learning about them and understanding the pros and cons of each type.  Unlike doing his school work, his mind did not drift.

The next step was to figure out how to move steadily.  Any jerky movement would make the camouflage less effective.  So Tom researched on human statues.  He had seen them in Circular Quay.  The human statues were so real and they look perfectly still.  Tom learned about postures and breathing techniques.

Tom decided to test out his idea at home.  He found some cardboard boxes and put a few panels together to make a shield just big enough to hide his body.  He positioned his cardboard shield in front of a mirror and practiced a few poses.  Satisfied, he took it to the kitchen.  His mother was preparing dinner.  His test was to remove an object from the kitchen without being detected by his mother.

Tom stood at the entrance to the kitchen.  It was a very brown kitchen.  All the cabinets and drawers were wooden.  His mother was at the sink to his left humming a song to herself.

Great, she is distracted.

A box of Corn Flakes sat in the pantry directly in front of him at the other end of the kitchen.

That would do.  Target locked.

It was to be a straight line run and back behind his mother’s back.

Tom crouched behind his cardboard box.  He took a peek at his mother.  She was busy with some pots and pans.  He could smell cabbage.  Gingerly, he stepped into the kitchen riding low behind his cardboard box.  It was difficult to walk slowly in a crouched position.  He legs started to shake.  He stopped after a few steps to rest.  He also peeked to see if his mother had noticed him.  So far, so good.  It was hard work and he started to break into a sweat with all the exertion.  At long last, he got to the other end. He grabbed the Corn Flake box and painstakingly reversed his way back to the front of the kitchen.

He made it! It was not as easy but he had done it.  He had the box of Corn Flakes in his hand.  He had proven the task to be doable.  He started to do a victory dance.

“Dinner will be ready in a few minutes.  What are you doing with a box of cereal?  Please don’t eat that now.”  A voice called out from the kitchen.

Crestfallen, Tom was in disbelief.

You’re kidding.  How could she have known?  Do mothers really have eyes on the back of their heads?

Tom decided that he needed to practice more.  He believed that his instability was what gave him away and breathing practice would fix the problem.  He set himself a goal to practice for 30 minutes each evening.

This is so boring.  This feels stupid.  Why do I choose this?  Will I be able to do it?  But it will be super cool though if I can make myself invisible though.  Just breathe.  Just breathe.  In … belly rises.  Out … air out the nose.

Day by day, it got easier and he could hold it for longer and longer each day.

“Tom, you seem happier these days.  I love seeing you smile.  Do you know that you have a beautiful smile?”  Tom’s mother said warmly to him as he left for school one morning.

That day, in history class, another strange thing happened.  Tom heard something that he had never heard before.

Oh my God, I heard him.  He told a story.  I could understand what he was saying. I can’t believe this.  I was listening.   This is nice.

By now, Tom had totally forgotten about his plot to camouflage himself to temper with his test paper.  He was reminded of it only when the test paper was returned to him in class.

He turned his paper down immediately upon receiving it.  He did not want to see the score.  He was not ready.

After composing himself, he took a deep breath and turned the paper over.  On the top right hand corner, a large number in red colour said 65.

But I didn’t fail.   Lucky I didn’t failed.  My camouflage display is not ready.  I would be really stuffed if I had to use it.

“Sorry Mum, I didn’t realise that there was a test on that day and I only got 65 points.”  Tom confessed to his mother when he got home.

“That’s alright.  Just keep trying and improving.  By the way, Uncle Joe is coming over to dinner tonight.  He said he wanted to talk to you about what TV to buy.  How come everyone is asking you about TV these days.  When did you become such an expert?”

Tom choked on the milk that the was drinking and decided that there would be things even mothers with eyes on the back of their heads does not need to know.