The Moving Pen | I have left 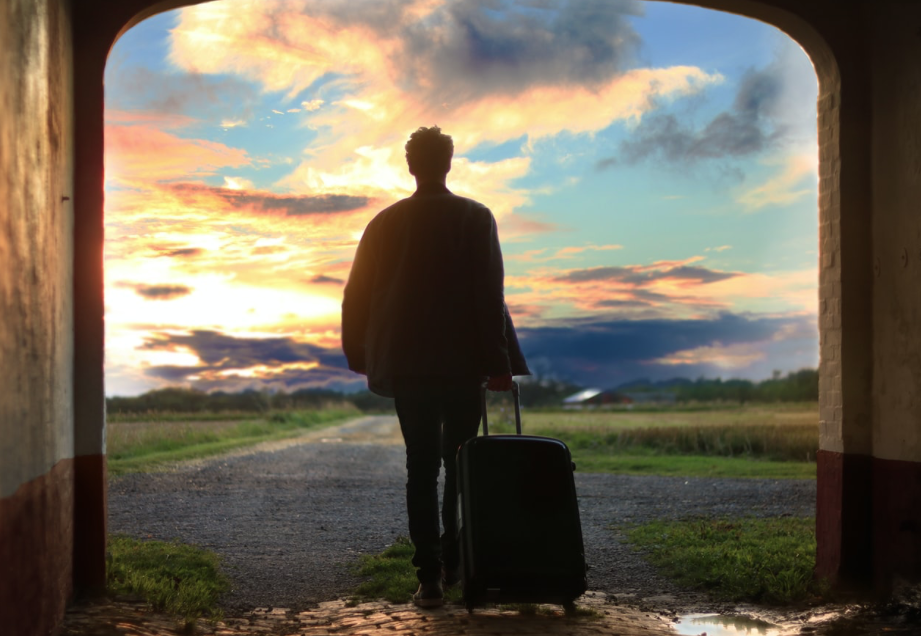 Henry listened to the soothing and rhythmic sound of the car tyres thumping on the road. The weather was great.  He had not felt this marvellous for a long time.

He was shown a photo of this gorgeous place a year ago by his colleague returning from vacation.  He was captivated by the remoteness of the place in a country over 16,000km away.  He needed to go there himself, to heal.

The motivations that drove Henry for years had run its course.  He no longer felt a fire in his belly to climb the corporate ladder.   Just turning up for work made him nauseous.  His relationship with Mary had also become uneasy and burdensome.  Over the years, love had sneakily eroded into habits and further descended into resentments.

“I can’t do this anymore.  This is not my life.” Henry had thought to himself that he was drowning and some serious actions need to be taken.

Leaving his job was easier than he had expected.  The farewell party was fun and he missed neither the work nor the people. Walking out on Mary would be more nebulous.

As Henry’s car rounded the corner, he was greeted by a picturesque sea view.   It was beautiful and serene.  He found a spot to park.   He inhaled the sea air deeply when he got out of the car,

“What a great spot for a barbeque.”  Henry’s mouth watered with the thought of grilled marbled wagyu beef from the farmers markets and roasted marshmallows.

He walked towards the little boat ramp and noticed a bright red old-fashioned telephone box to his right.

“Cute.” Henry thought with a smile.

A few faces came to his mind but no, none of them.

Mary was the only person that Henry ever called.  He ran everything by her.

“From now on, I do things my way.” Henry could hear Mary’s disapprovals in his mind.  The negativity was so habitualised that he could feel it with everything he did.  He wondered what part he played in creating this situation?  Did he create the monster by not setting boundaries? Could things have turned out differently if he had been more honest and less afraid of conflicts?

“I have no one to call,” he conceded.

Buzz. The phone in his pocket pulsed.  A text message arrived from Mary.

“Oh God, does she have ESP?”  Henry opened the message.

He shoved his phone back into his pocket.

“Could I tame the beast?  Do I even want to?” He asked himself.

Buzz buzz buzz.  The phone in his pocket vibrated.  Henry’s heart raced.  He fumbled for the phone and just managed to swipe yes to answer.

Henry remained silent.  How was he going to explain to her that he wanted out?  He has changed.  He has left.

“Henry?  Hello…are you there?  Listen, I was thinking of coming home.  I’m sick of being with my parents.  A month was quite enough.  Can you call me when you finish work please?”