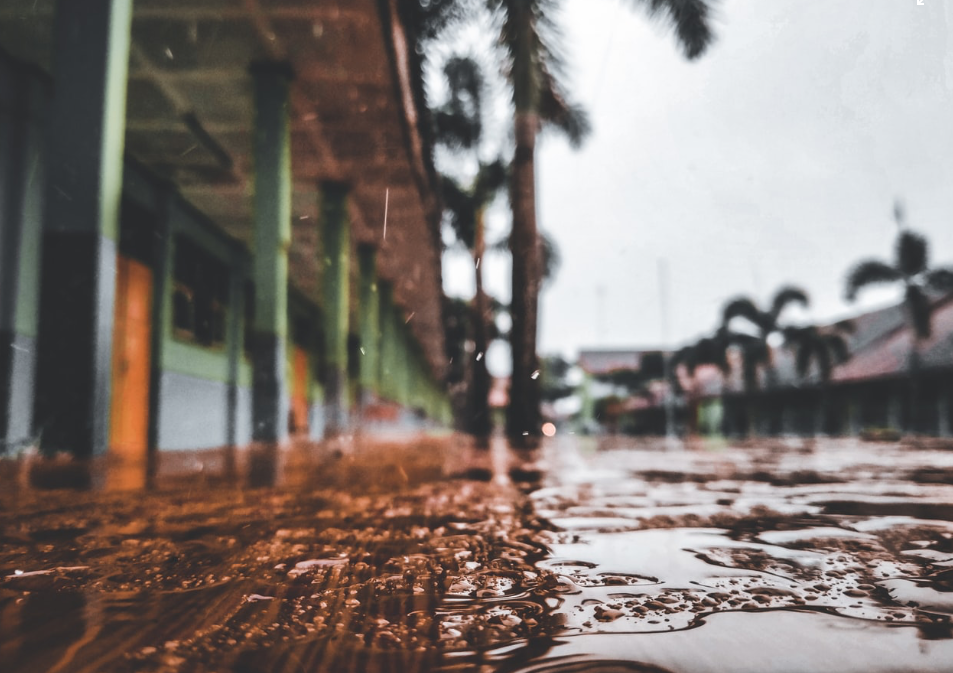 Three ghosts live in this toilet block.  They were students of this school.  It’s been said that you could see the long dark hair of one girl in the cubicle some nights.  With the other two, you can hear them whisper to each other all night long.

When the bodies of the girls were discovered, two of the girls laid next to each other.  A string was tied to their wrists, connecting them.  They were both in their school uniforms.  The third girl laid a little way away.  She wore a bright flowery dress, something the nuns would consider uncouth.   Her high energy and restlessness also vexed the nuns.

The pair in uniform were good friends, maybe more than good friends.  They held on to each other so tight that the fall did not separate them.

Why did they jump? Was it forbidden love?  Was it trauma and abuse at home or school?  Perhaps both?  What was the third girl’s role?  The police came and interviewed many people.  But the findings were never disclosed.

I’m just a cleaner.  I’ve been cleaning this school for forty years.  You know, cleaners are often seen as part of the background.  But we cleaners know the people we clean for.  We see their tracks every day.  For many hours in a day, I live through them.  Our lives intertwined invisibly and silently at a different timeline.  So I hope the upcoming renovation will not completely erase this tragedy.  We must remember these young girls so that they don’t die in vain.  We must remind the people in charge that are accountable. Yes, those in authorities must be brought to account.  What made them feel so hopeless and desperate?

And who, who let it happen?

“Joan, are you sure that you want to do this?”  Liz, the girl in the flowery dress asked.

“Yeah, we’re sure.   This is the only way that we can be free. “  Joan handed over a piece of string to Liz.

Liz tied the wrists of the two girls together in silence.

“Hey Liz, thank’s for helping out and seeing us off.   And….Good Bye,” Joan whispered the last two words.

“Ugh… Bye Joan, bye Barb,” Liz uttered back with tears welling in her eyes.  She could feel her heart pounding and her body started to shake uncontrollably.

The two girls moved to the edge of the roof and smiled at each other.

“Alright Barb, we’ll be together forever.  No one can stop us or separate us anymore.  Ready?”

Joan took a deep breath and started the count down.

When the horrendous sound of impact came, Liz screamed.  This was not how she had imagined it.   She staggered to the edge and looked down.  She saw two bodies lie twisted on the concrete.  A pool of blood gathered around their heads.  Her own blood drained from her body and she felt faint. Her legs went jelly and she lost consciousness.  The horrible sound of a second impact came a split second later.

What if I had not left the door to the roof unlocked that day?