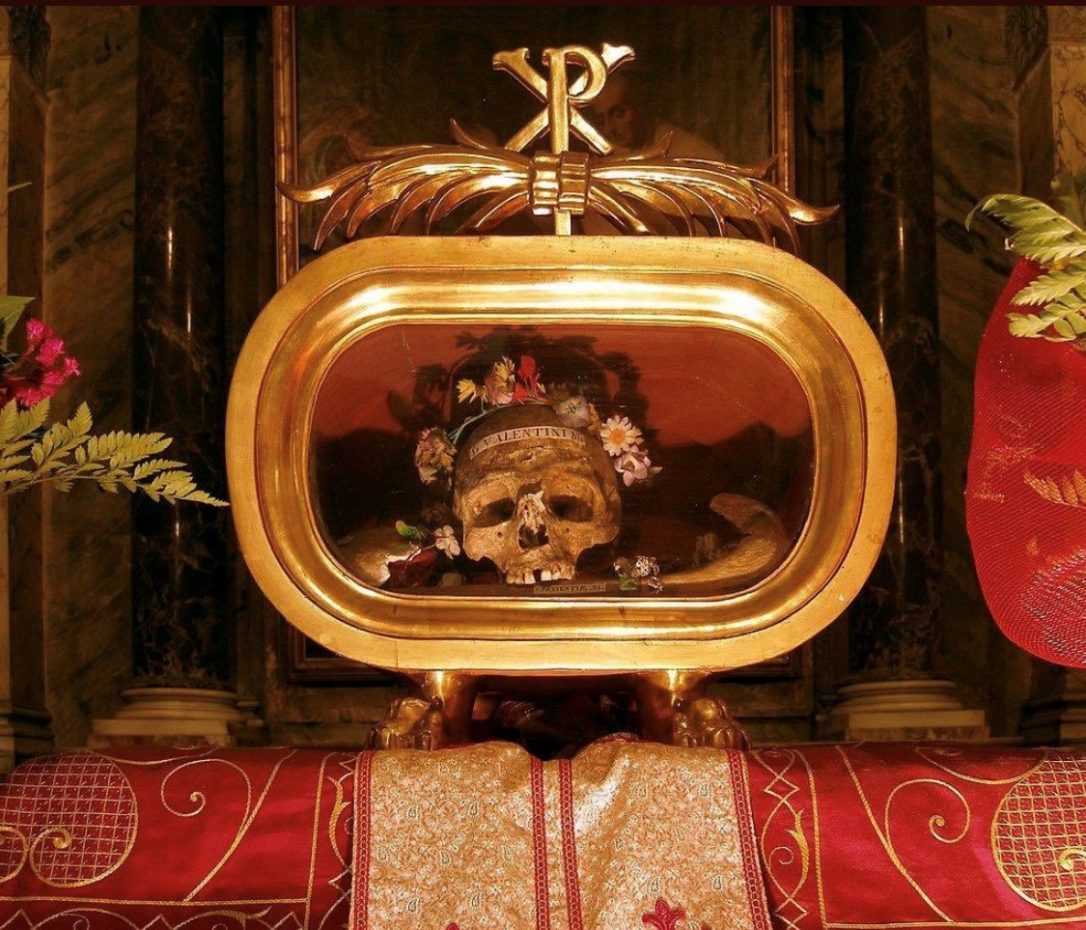 Saint Valentine of Rome was a priest,

In the 3rd century AD,

But the specific day of his feast –

The poor bugger was confirmed dead,

When the Emperor had his say

And ordered “Off with his head!”

Nope, not much love lost there,

‘E copped it, the martyred bruv.

St Val got his name for love.

Well, that’s in the mists of time.

Could’ve been the 14th Century:

Chaucer mentioned Val in a rhyme

Called the Parliament of Fowlery.

And she he and tee hee hee.

Roses are red – buy the box,

Violets are blue in candlelight,

Lovey cards and blocks of chocs

And the proclivities of the night.

And many lose more than their heart

Over what it was he or she said

(Grinning while they hold in a fart).

Wilt thou be my Valentine?

Wilt thou love me (tender, true)?

Wilt thou, won’t thou, be mine,

Wilting flowers (I ask you!)

Put on a frock, lippy up

Time to sup from Cupid’s cup

And wake in Love’s caldera.

And in all of this what of Valentine?

Well, bits of him were buried in

A Roman basilica in a shrine

Google it – or better, visit him,

True to life – and not overly grim –

His skull is surrounded by flowers.