The Moving Pen | The Gift Part 17 – Out of the Wreckage 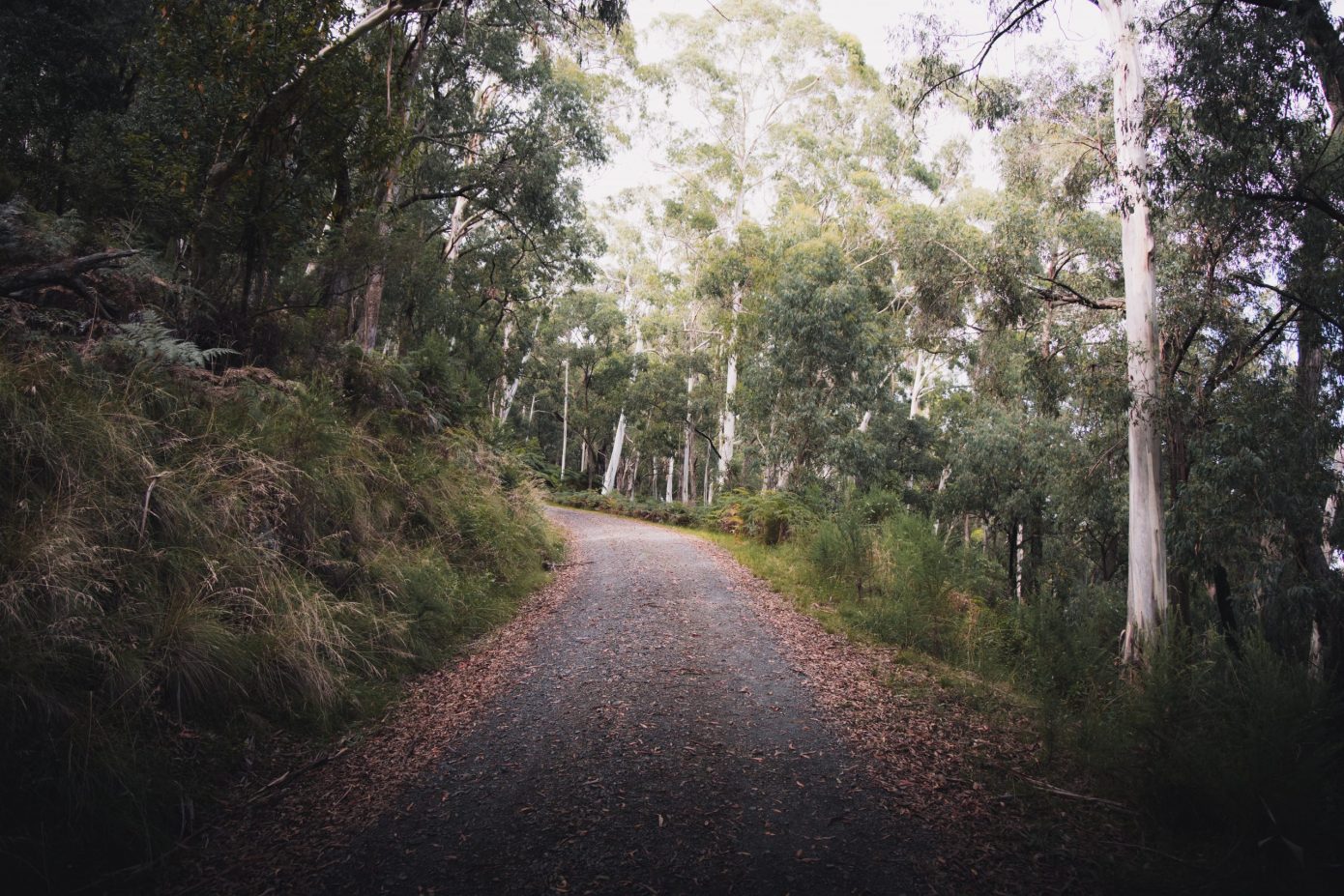 The Gift Part 17 – Out of the Wreckage

Ten minutes along the freeway he came across the site of last night’s accident and pulled over.

The rig stood battered and lopsided on the shoulder. The cabin was smashed in, the windscreen smashed and the wheels bent out of shape. It was surrounded by police tape.

He got out of the car and walked over to the edge of the mangled guard rail. He could see his car caught in the bushes below. It lay at an angle that showed its undercarriage, like a dead beetle. The boot was open and a currawong stood on the number plate. To its right he saw the vegetation that had been flattened by the truck. It lay bent and snapped, its raw inner layers naked to the clear sun. A mist rose from the bushes, the wetness of the raging storm now returning to the sky. A resinous perfume of snapped wood permeated the humid air.

The bird flew off, its wings scraping the hot air as it lifted.

He stepped off the road and cautiously let himself down the incline, grabbing hold of trees and branches to steady himself. He couldn’t tell if the vehicle was secure in its bed of broken foliage or waiting for a feather light touch to push it further down, so he kept what he hoped was a safe distance.

He balanced on low scrub and spindly bushes to examine it. It was as if the driver’s side had never existed.  The exposed seats were drenched in last nights rain and littered with leaves and detritus from the accident. Two limp and sodden air bags covered the steering wheel and dash like the skin on cooked milk. The car had caught on a large tree branch that was lodged in its open bonnet.

Geoffrey wondered at where the police officer had been found. He marveled at the commitment of the rescue team, and their stomach in extracting the gruesome find.

He made his way to the rear of the vehicle and balanced on tip toes to look into the boot. To his surprise his bag lay in the back. He reached in gingerly, hooked a hand around one of the straps and pulled it out. He paused, fearful that he might have rocked the wreck. The bag was very wet.

The door on passenger side hung open. He moved closer and spied his phone on the floor. Hanging on to a tree branch he reached in indelicately and extracted it. There was a grating squeal and the car shook. He bounced back and stumbled into a spider’s web then lurched into another tree. Its rough bark stung the grazes on his hands. Steadying himself, he clambered up the slope and on to the road.

Back in the hire car he tried turning on this phone. Nothing, so he plugged it in, using a damp cable he had pulled from his bag. The phone registered the charge. He drove for a while to let it charge enough to show its face, and to get away from the scene of the accident.

When it lit up he pulled over and pressed messages, and connected to the car. He had twenty-four missed calls and messages. Twenty were from Lucy, one from Sienna, two work calls and one from Dave. He listened to Dave’s message first.

“Geoff, it’s Dave. I’m down at the Shack, yeah? I hear you’ve been in a car accident. I don’t know if you’re alive or not. No one does. Call me. But if I don’t hear from you by midday Monday I will assume you share my conclusion, that there is only one way out of this whole prison, only one option. You understand what I’m saying? Call me. Or not. Dave.”

Geoffrey knew what Dave meant. It confirmed his worst fears. One way out was Dave’s state of mind; he wanted to break the chain. When he didn’t know Geoffrey had broken it.

His heart sank. He checked the time. 11.35. He had twenty-five minutes. To travel about a forty-minute distance. He pulled out and the engine roared.

He tried ringing Dave, but there was no answer. He left a message, ‘Dave, it’s me, Geoff, I got your message. I’m alive. I didn’t take any option. Stop mate, stop whatever it is you’re thinking. I’m on my way, about twenty minutes out. Dave!’

He rang repeatedly, while speeding along the freeway and keeping a wary eye out for police. Each time there was no answer. He braked at the sight of a white sedan, but it was okay, and he sped forward again. He ignored the speed camera warning; he could sacrifice his clean record. At least he’d got one thing right – Dave was at Shack Davenac.

He rang again. ‘Dave, please, it’s Geoff, Shack Davenac is calling. I’m coming. I’ve got news. It’s over, Dave, it’s over. Dave.’ He hung up and drove on, staring into the rear-view mirror, panning the roadsides for police, gauging the distance and speeds of cars on the freeway.

He looked down at his phone to get Lucy’s number. When he looked up the car was on the shoulder, and he swerved to straighten it; the wheel resisted him momentarily and he realised he’d reached a limit. A lorry pulled into the fast lane to pass a caravan. He slammed his brakes on and sat on its tail swearing until the lorry finally moved over.

He pressed Lucy’s number. She was not long answering.

She screamed, and he realised with that scream what he had been through. His mind went hazy, and he slowed.

Tears welled in Geoffrey’s eyes. Yes, he was alive. Jesus, he’d been so close.

He fought to hold the tears back, not to be manly, but so he could maintain his speed, but his breathing was heavy.

‘It’s fantastic to hear yours. We thought you were … we didn’t know, oh god it was awful.’

He wiped a tear off his cheek with his shoulder and kept the pedal down.

How could he explain it all to her? She’d been there, on the phone, when the truck hit. She was a witness to it all, by sound and silence. He spotted a patrol car lying in ambush and hit the brakes. The hairs on the back of is neck stood up as he drove nonchalantly by just over the speed limit, and kept an anxious gaze on the rear-view mirror to see if the patrol car pulled out.

‘One minute we were talking and you were shouting and oh my god.’ He heard her crying. ‘And now you’re back.’

‘And why, oh I can’t believe what I’m hearing. I’m so relieved.’ This time she squealed. ‘I’m literally jumping up and down,’ she said. ‘You’re alive.’

Geoffrey’s tears turned to joy and he had to slow again to retain his composure.

‘You’re alive, and you say you’re not hurt, and it’s sooo good to hear your voice.’

‘I rang Sienna, and a million other people to see if they knew anything. No one had heard anything. No one knew where you were or what was happening and I told them what I heard and oh god, it was awful.’

‘You must feel terrible.’

This woman. He’d known her for what – two weeks now? And listen to her. She’s inquiring after his well-being.

‘I’m okay,’ he said. He knew he wasn’t. He had survived a fatal car crash, he’d seen people dying – multitudes of people – and now it had just stopped, but his close friend had just told him he was about to commit suicide and he had no idea really what had gone on these last few days but he couldn’t control any of it. And he’d found one pearl of solace in all this and had treated her appallingly.

He wondered what she made of that.

A car in front of him was slowing. He struggled to find the patience to wait until it passed a rusty hatchback. When Geoffrey felt enough there was enough space he flashed his lights and the car made way for him. He saw the driver shaking his head as he passed.

‘I think Dave’s in a bit of trouble,’ said Geoffrey.

‘What sort of trouble?’

‘Just … issues have come up. He needs a visit.’

‘He has a shack down the coast,’ said Geoffrey. ‘We call it Shack Davenac. We went there lots at uni. He’s down there.’

He raced past three cars. The country about him was flat with dense forest now. He felt a little more directed.

‘I wish I could talk to you until then, not stop talking until I saw you walk out the airport gate.’

‘Why would you stop then?’

‘I don’t know. I think I’d be speechless at the sight of you.’

The road was becoming more windy and he had to slow and focus.

He slowed and turned off the main road to head to the coast. It was 12.10. Fuck.

‘Can you ring Sienna, and get Dave’s wife’s number. She’s called Hannah. Tell her Dave is at the Shack. Tell her I’m getting there. Tell her I’ll ring as soon as I can. Can you do that?’

‘Of course,’ said Lucy, ‘but it sounds odd. Is everything alright?’

‘It’s a marriage thing, I think,’ said Geoffrey. ‘Can I fill you in later? I feel terrible asking, but it’s all been a bit frenetic lately, and all I want to do is talk to you and tell you everything, but can you hold out for a bit?’

The car hurtled along the broken bitumen road among forests of paperbark and banksias. A kite hung overhead, scouring the earth for food. He turned into a side street, and the car bounced and rattled down a ragged bush track. Nestled beneath the rickety boughs of an old pair of gums he saw the old wooden shack with Dave’s car parked beside it.

He skidded to halt and leapt out.