The Moving Pen | The Old Man and the Harbour 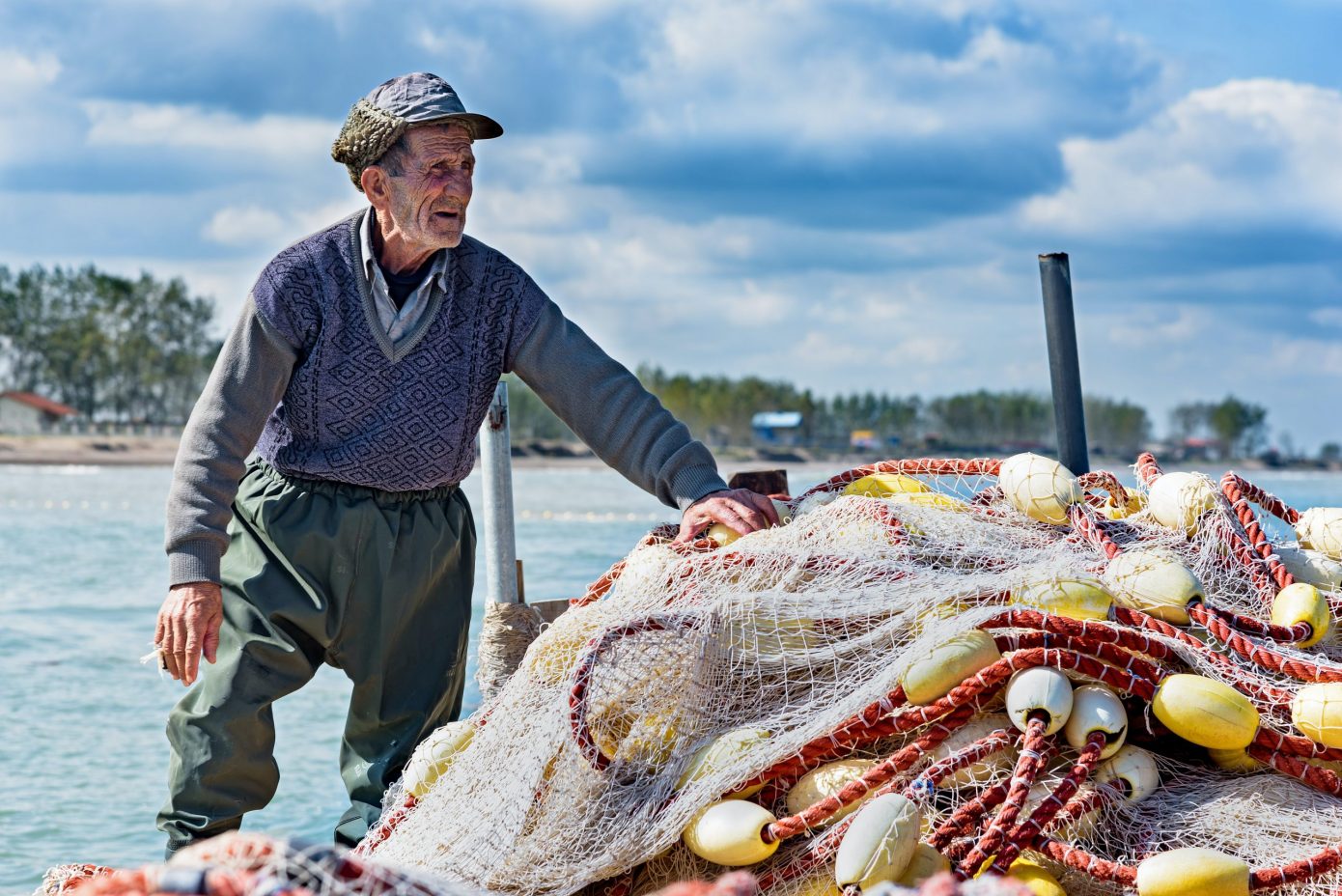 The Old Man and the Harbour

The old man turned the skiff homeward. It had not been a successful day. The sea had misled him.  His pots were empty and nothing more than a mullet had taken his baits. It swilled lifelessly in the shallow water in the bucket at his feet. He was out of water and out of patience, and the sun punched its dying rays into his line of sight. A low band of cloud had begun to discolour the horizon with a rich and elaborate striations of colour.

Squinting, he pressed the boat forward across an uneven chop. Shards of sea spray blew over the bow and salted his already parched lips. His only companion was the puttering two stroke that doggedly lurched him towards the distant pier.

Over the side he saw a vast school of jellyfish beneath the dinghy. There were thousands, an endless wall of podgy life forms suspended in the brine. Repeatedly the boat bumped and the propeller stalled briefly while it dug through a mound of translucent flesh, before returning to its stolid labour.

He looked up and saw an object of some sort ahead of him. With the sun in his eyes he could not make out more than an immense and shadowy mound that bobbed on the surface. He knew there were no rocks in this part of the harbour, so he killed the engine and let the boat drift towards the thing.

The sky had purpled by the time he reached it. It was a dolphin, caught in a drift net that was weighted to the sea bed. It was limp, and in obvious danger of drowning, but a couple of other dolphins kept pushing it up for air while it made increasingly feeble efforts to escape its fate. Rasping torrents of air blasted from its air hole, but it did not have long to go. Through it all passed the drifting wall of jelly fish.

The man stood and assessed the current and the time of day. He picked up his anchor and hurled it overboard and waited for the chain, then the rope, to finally slacken when the anchor hit the floor. He grabbed a knife and dived over board into a crowd of jelly fish. They bubbled about him in a viscous fog but did not sting.

He rose to the surface and shook the sea from his eyes. He swam in awkward strokes to the stricken animal. Occasionally he felt the rubbery mass of a jelly fish as he kicked, but he persevered. Nearing the dolphin, he plunged beneath the surface. The water was darkening, and he felt his way along the net. Eventually he found the dolphin, marked its spot in his mind and rose for another breath.

He dived again, holding the knife tightly and drew close to the beast. He could see it now. Its eyes stared listlessly at him with a fading but hopeful intelligence. He gurgled bubbles. He heard it squealing in the water an anxious ripple of pressure in his ears. An extended frond of nylon had wound itself about the dolphin’s head, preventing it from escaping the net. Using brute effort he cut through the cords, holding the leathery skin in one hand to keep it from being lacerated. The water churned. His lungs burst for air but he kept sawing at it. Its two companions who had kept it alive looked on from a short distance. He hacked and sliced the greasy thread until it gave way and the dolphin moved backwards and up for air.

He copied it, and gulped heavy lung fulls of fresh sea air when he broke the surface. He looked for the dolphin. It lay still on the surface. His heart sank, fearing he had failed. But after a while it moved, and blew a resounding plume of steam into the air, before slowly moving away.

The old man swam back to his boat which bobbed atop the water. He hauled himself into it, water cascading from his shoulders into the hull. He stood again, and pulled on the anchor rope, hand over hand until the chain appeared and then again until the anchor surfaced. He dropped the taloned steel into the boat and stood erect to ease the muscles of his back. He shivered slightly with the evening air.

Bending again he yanked the starter rope on the engine. It spluttered faithfully to life with a cloud of bluish smoke. He sat again as it moved forward, his hand on the tiller. He prodded the bucket containing the mullet and thought how he might cook it tonight. He had no fear about getting home in the dark. He knew the way, and could see the lights of the port shimmering in the distance. If he needed it, his guide would be the moon.