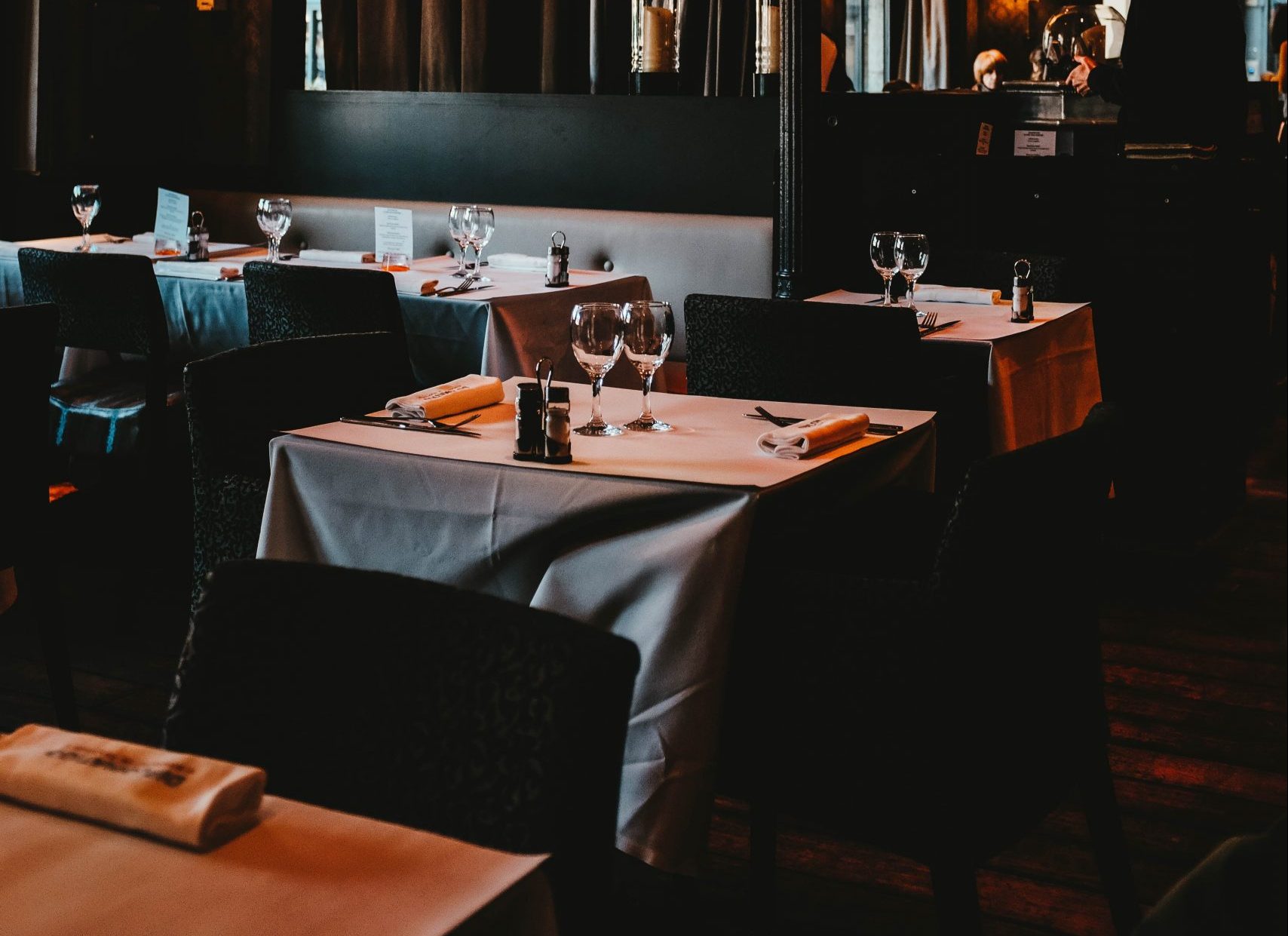 ‘I didn’t expect you this early, Dad.’

She was as brittle as usual, a blonde shadow, sitting stiffly in the velvet gold ruffles of the palatial restaurant. She quickly folded a typed letter she was reading, stuffed it in her handbag. Winced her customary smile – mouth only, her nervous eyes flickering left. Yet he could not ignore a curious excitement that she resonated.

‘I can’t believe you’re here before me, sweetheart. This is indeed a first.’ He tugged out the heavy oak chair, lowered himself into its leather. ‘What’s that you’re fiddling with? It’s been a while since I’ve seen you with something that looks so official.’

‘Nothing important.’ Her face remained closed. ‘You don’t look well.’

Momentarily he was back in his attorney’s office, signing the final document. The attorney, an old friend, tried to conceal his pity, his premature sorrow, but it had drooped over the office like a shroud.

Now the veins in his chest sharpened wrathfully.

‘For god’s sake,’ he growled. ‘Don’t you ever stop worrying about me?’ The day-long pain in his skull worsened; the glittering room seemed filled with dark purple silhouettes that turned and stared, recognising him, whispering together. Virginia was taut, rigid; nothing changed.

They sat stiffly, the opulent candlelight intense. Around them people laughed and chatted, silver cutlery clanged, glasses chinked. Waiters in faux French uniform glided swiftly between the tables. Theodore clicked his fingers at one. ‘We’ll have the usual,’ he demanded. ‘Caviar, Porterhouse steak for two, a bottle of Chateau Petrus 1995.’

‘Daddy, please,’ said Virginia. ‘I appreciate that you always order for me, but…I’m trying to cut down on meat.’

‘Don’t be silly. It’s the best steak in New York’s best restaurant. It’s healthy, especially for someone as frail as you.’

‘Exercising? You? What, running around all the cool bars and Bergdorf’s?’

She flinched. ‘No Dad, going to the gym. It’s necessary now…’

Her eyes remained on the waiter decanting the heavy magenta wine. ‘I wasn’t going to drink tonight, but that bottle looks awesome. I might have some.’ She halted, her fingers at her lips. ‘Oh – have I forgotten something? It’s really expensive wine. Are you celebrating? Another literary award? Dad, I’m sorry…’

‘No.’ Rather than relieve his dread, his pounding head, the wine tightened the black velvet shroud that had followed him from the attorney’s. The glistening room blurred.

‘Listen,’ he said desperately. ‘I’m feeling somewhat poorly tonight. I’ve gotta give a speech next Tuesday at the Plaza about my next novel – winning that goddam Pulitzer has robbed me of even a moment’s peace. And hell, I’m not sure I want to reveal that The Redundancy of Refuge could be my last book.’

‘You know that’s not true.’ Her words as mechanical as her voice.

‘And I’d like you to be there. At the speech.’ He took a deep breath. ‘I’d like us to spend more time together.’

He stared at her, his veins mushrooming in outrage again. ‘Jesus, Virginia, I’m gonna tell you something. I know your views on my books. You can just stop pretending you like them. And don’t look so goddam shocked. I heard you telling that dilettante boyfriend of yours that I’m harsh on vagrants and losers. That I’m blinded by the American Dream. Dammit, girl, I, unlike others, worked hard to get where I am today. How do you think I feel?’ He yearned to shut his mouth, to bite off his tongue, but was hounded by her welling eyes. ‘You need to be mature for a change. Stop being such a pathetic greenie, upset with the evil world. Get over it.’

She gulped a mouthful of wine as he drowned in regret.

‘I can’t come on Tuesday because I’ve got something important to do. With work.’ Her voice quivered.

‘What, a meeting?’ His face was matching the Bordeaux. ‘Or are you just joining your no-hoper volunteer friends, with their marijuana and veganism and oh-so-earnest membership of every marginalised group around?’

‘Dad, stop it, please. Why are you being so nasty tonight? I had something – good – to tell you, but now…’

‘Well if you’d finished that law degree instead of becoming a drop-out…Ah, missy, I gave you everything, everything! And now you can’t even be with me the one time I want you!’

‘I’m with you now. Please Daddy, you don’t look well. Calm down.’

‘Christ!’ he yelled and slammed the glass onto the table, the snow-white cloth now mottled scarlet. They both looked down, breathing heavily. ‘More wine,’ he mumbled to the waiter.

Suddenly she held her face high. ‘I’ll also have another.’

He was instantly wary.

‘Tonight’s a night of firsts, isn’t it? Wait – that paper I saw you reading when I arrived. You’ve never even read my novels that eagerly. What’s going on?’

The room swirled and a pang in his side forced him sideways in his chair. He blanched, clutched at his chest; the lights dimmed again; black velvet consumed him. As she leaned forward he straightened, but began coughing; quickly he shoved a napkin over his mouth, hiding colours she mustn’t see.

‘I’m all right, hon. Just drinking too much.’ Trembling, he murmured, ‘But why not? We’ve all gotta go some time.’

‘Please! Stop being fatalistic! You’re normally so positive, so…vibrant. It’s not like you.’

‘Maybe someone confirmed otherwise today. Anyway. Can we sit at another table, Virginia? I can’t look at that Dali on the wall anymore. That crucifix is so…alive…How dare his Jesus condemn me like that?’

‘It’s just a painting, Dad, and it’s surrealism, you know that. It doesn’t mean death.’

He jerked his head. ‘Death? Don’t say that! I don’t want to hear that word again. I just don’t want to be judged by a damned painter…Can’t we move?’

But the room was brimming with seated bodies. And he knew that wherever he sat the Dali Christ would be watching him, reckoning.

‘Be my daughter on Tuesday,’ he begged.

‘I can’t.’ She leaned forward, took his hands in hers. He was surprised at how warm they were. ‘I’m going away, Dad.’

‘What? Don’t be absurd, Virginia.’ Her eyes fixed steadily on his frantic ones. ‘Not with that new man of yours! Ah – you won’t answer. It’s true. Where’s he taking you? That Jesuit-loving sonofabitch! All he does is harp on about helping refugees. All very noble, but he’s got no money, no future.’

‘It’s not a holiday…And I’m not coming back.’

‘What are you saying?’

‘Daddy, please understand. I’ve been unhappy for so long. Depressed and frustrated…a failure. But now I’ve…found my soul. Don’t look at me so cynically – I know I only talk in clichés.’ She shimmered; his drunken brain glimpsed a candle-lit halo embracing her. ‘I’m going to Syria.’

‘I’m going to help the Jesuits with war victims. I’ve done some training as a nurse. I should have told you but I knew you wouldn’t approve. But I’m going. And my plane leaves next Monday.’

‘So you weren’t even intending to say goodbye!’

‘I was going to write. Dad, it’s killing me telling you! I was so scared. But you’ve never needed me, you’ve got so many admirers, and I… Finally I can help someone.’

He stood, his breath waning, his body swollen, unforgiving. ‘You’re leaving me when I need you most, to go to an outrageously dangerous place where you could die. Where your little bit of help will mean zilch. You’re crazy, I can’t believe it. And selfish.’

‘Selfish! My God, Dad, it’s the first time in my life I feel pure, I can finally be an adult. Why don’t you understand?’

‘How long will you be gone?’

Standing, spinning, he threw a wad of cash on the table, a credit card’s delay unendurable, and muttered, ‘That’s what the doctor told me.’

‘What are you talking about?’

He clumsily kissed her forehead, threw a business card at her. ‘I have to go.’ His voice was scarred. ‘Just…call me soon. And if you can’t get me, ring this number.’

But he pretended not to hear as he staggered for the door.