The Moving Pen | A funeral 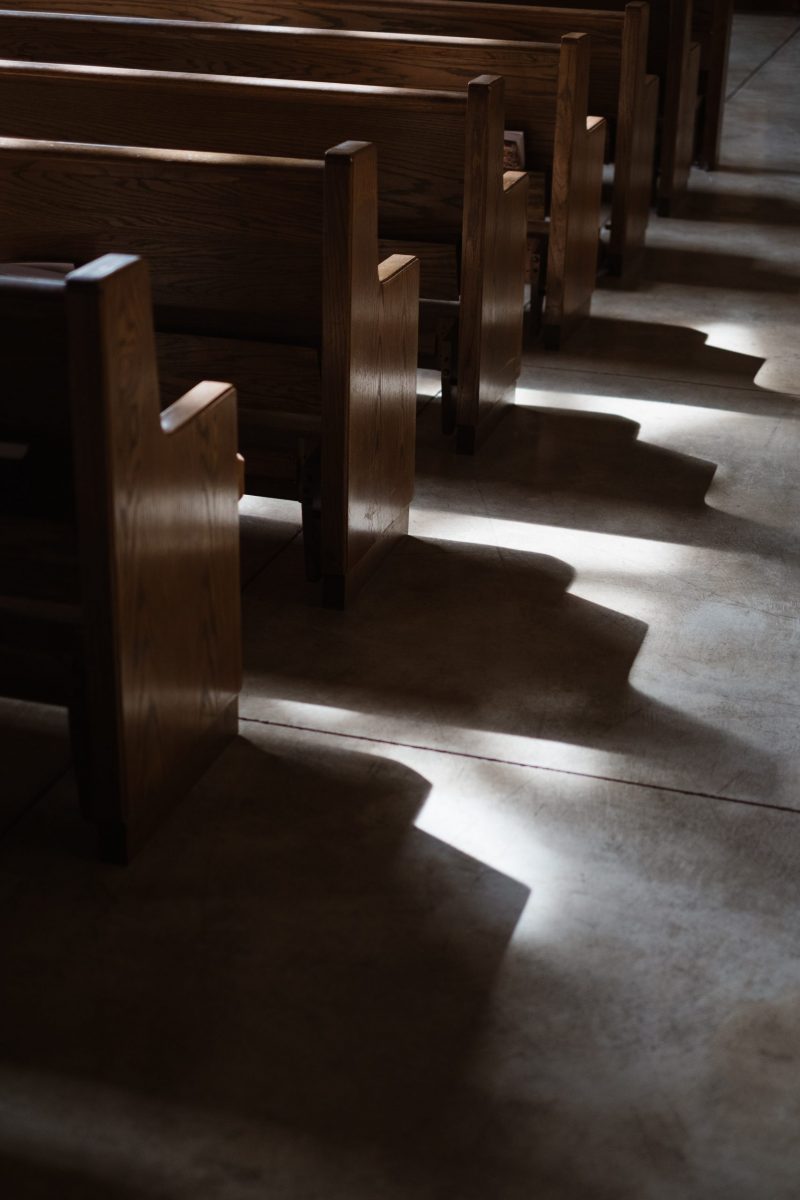 The pew is shiny and hard beneath her fingers as she curls them beside her tucked knees.  She leans forward, eager to avoid her father’s reach and keep her eye’s down.  But oh she can still hear them.  Twittering and sniggering as Dad slurs his way through words.

“Yeesss…. wonderful woman was my Mol’.”

Jesus, you would swear he was talking about a saint, not a fat, grey, block of a woman who despised his every movement.  God it was a relief.  There was only one of them now.  At least there would be no more rowing.  Dad was so bloody slow with his gammy foot, all she had to do was stay the hell out of his way.

“Sorry for your loss Mr Jackson.” Dot sees a shiny black suit at the side of the pew from beneath her tangle of curls.  Whoever it is, Dad doesn’t like him.  Dot knows that quick uptake of breath.  It is the “moment”.  The one where she has a chance.  Doesn’t matter that it has nothing to do with her. She’s the closest thing within striking distance.

But where? Her eyes dart to the left.  The pew is wedged against the cold stone of the old church. Dad’s lump of a body is at her right. He snorts, his whiskery lip curls, but his head turns away from her, his bile directed at the man.

Dot exhales slowly, carefully, her eyes steady, the half-moons in her fingertips recede and she shuffles left, as Dad turns his full attention to the man.

“Sir William,” he snarls as he stands to lean against the pew, his broken body attempting to meet the man’s eyes.  Instead, an exhalation of stale beer and cigarettes hovers at the man’s pristine white collar.

“Your wife was a wonderful woman,” the man continues, his face averted from Dad’s rank breath. Dot glances up.  No one ever described Mum that way.  Everyone knew Molly and Alf Jackson.  Wonderful was not a word ever used. But, the man is not looking at Dad. His dark eyes peer outward as if addressing the church, now packed to the very last row.  God knows why! Salacious busybodies all of them, just looking for a bit of entertainment, making sure Molly was really gone or come to see what Alf would do.

The man stops, clears his throat and waits for Dad to acknowledge his largesse, his neat square fingernails twirl the edges of a wiry grey moustache. Dad belches and leans.  “The Factory was of course glad to help your family in these difficult circumstances.”

Dot can hear them.  Women twitter behind dark gloves, suited men snort and then cough, ashamed unable to contain their glee.  Dad looks around, glazed eyes assessing them, as the wave of judgement washes against the cold stone walls of the church.  He straightens up, his hand reaching for the cane he has placed at his side and steadies himself. Dot can see his fist, scarred and pockmarked as he curls his yellow fingernails tightly around the wooden hook.

“Reckon its due. Country shot me foot, killed me boy, and Mol’ died of a brok’n ‘art. All the time, you suits sit in Fact’ry makin’ money. You owe me.” Dad lifts his hand from his cane, a yellowing finger raised to shove against the black of the man’s shiny tie, but sways and hovers before crashing back onto the hard pew.

The man turns away quickly, his hands brushing at his suit as he turns, and strides to a pew clearly reserved for him.

Dad snarls and curses beneath his breath. His fists open and close spasmodically and a thin line of drool slips from his chin.  Behind her, she can hear them, with their veiled whispers.

“Did you ever? Well, I never?  In a church? For the love of God! What will become of the girl? What hope has she got?”

What hope did she have?   The stone wall stares back at her on her left, and her father’s crumpled frame curses at her right. Her mother is a cold lump in the wooden box out front.

This is a scene from the first chapters of a novel I am working on (and will be for a long time -lol!) I’ll be using this writing board to put up scenes from time to time as I test out my ideas.  I welcome any and all comments as I squirrel away on my “bucket list” project.

Photo by Josh Applegate on Unsplash