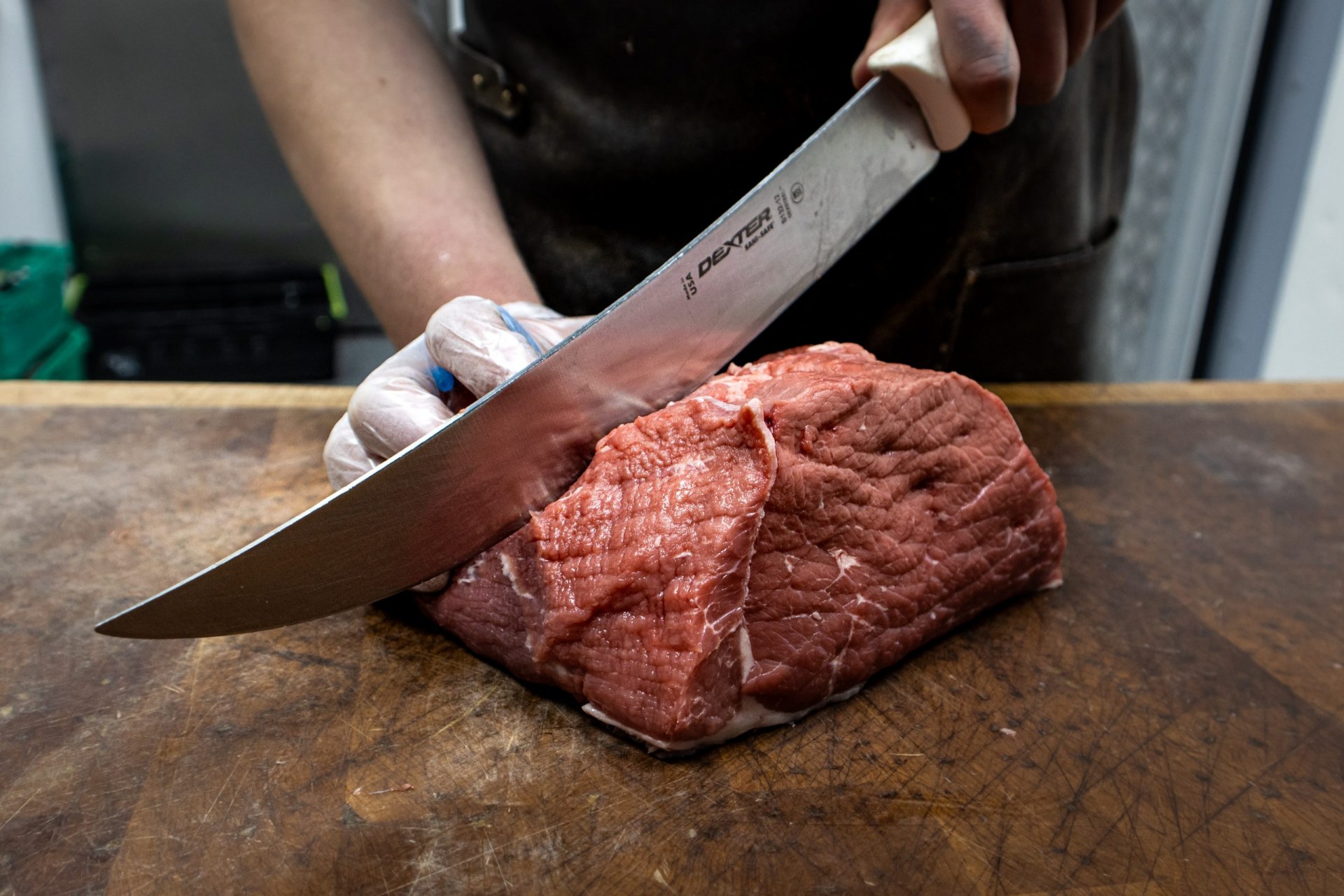 It was a song oft repeated around the sly grog shops and two-up schools of the great metropolis. Some say Jim Grey was actually James Grummond, the fiery street preacher and ex-pugilist. Other versions contend that Anne was none other than Agnes O’Donnell, the notorious con woman and consort of actors and other such rogues. Whatever the truth, the melody is long forgotten now, as are the words for the most part, but occasionally at gatherings of the old folk, somebody will recite this old ballad and bring a smile to many an old timer’s face – particularly the ladies, who are wont to call the tale – ‘Anne’s Sweet Revenge.’

Jim was a butcher highly skilled,

Unsure of how many he’d killed,

She said to old Jimmy mid-chop,

‘I want to learn to cut meat.’

‘Your plea is decidedly strange,’

(These blades were the top of the range,

The ones he’d used on his wives!)

Anne said, ‘I’ve no coin in my house,

What would you charge poor old me?’

And the first lesson’s on me.’

He saw his future life unfold

From then on Jim Grey was hooked

Beef or chicken, where should I stop?

‘Please Jim, tell me what the cops missed,

How did you kill Ronnie Fleck?’

He gripped the knife and clenched his fist,

And neatly chopped the duck’s neck

Show me what happened to that bloke,

The one they called Mister Big

Jim’s knife swung down and in one stroke,

‘Is that a snag in your pocket,

Or are you pleased to see me?

Best go to the door and lock it,

And I’ll pour us some sweet tea.’

Jim locked the door and scanned the street

And wished Anne would cease her chat

As Anne took off her fine hat

I’ll strip to my underwear,’

Jim, (who was smitten by this dame),

Let her tie him to a chair!

‘So Jim, I have come here to learn,

And your customers have gone,

It’s high time that I had a turn

What meat should I practice on?’

Anne noticed some jars on a shelf

‘What’s in those receptacles?’

Jim replied, (quite pleased with himself),

She picked one and rolled it just so,

Then let loose a wicked laugh

Swinging the knife with one deft blow,

Anne cleanly sliced it in half!

She grabbed hold of a meat cleaver,

And held it to Jim Grey’s throat

She said, ‘You’re a cruel deceiver,

She gave him a glare so intense,

That Jim was shaking with fear

What was it you killed her for?’

‘She was a madame,’ said Jim Grey,

‘And the mother of a whore.’

Was my sweet darling mother!’

Anne said, ‘For what you have divulged,

There is just one thing to do.”

She said, ‘Why couldn’t you leave her?

In my dreams she screams and calls,

You’ve taught me to use this cleaver,

Now say farewell to your balls.’

Photo by Kyle Mackie on Unsplash