The Moving Pen | As Good As Dead 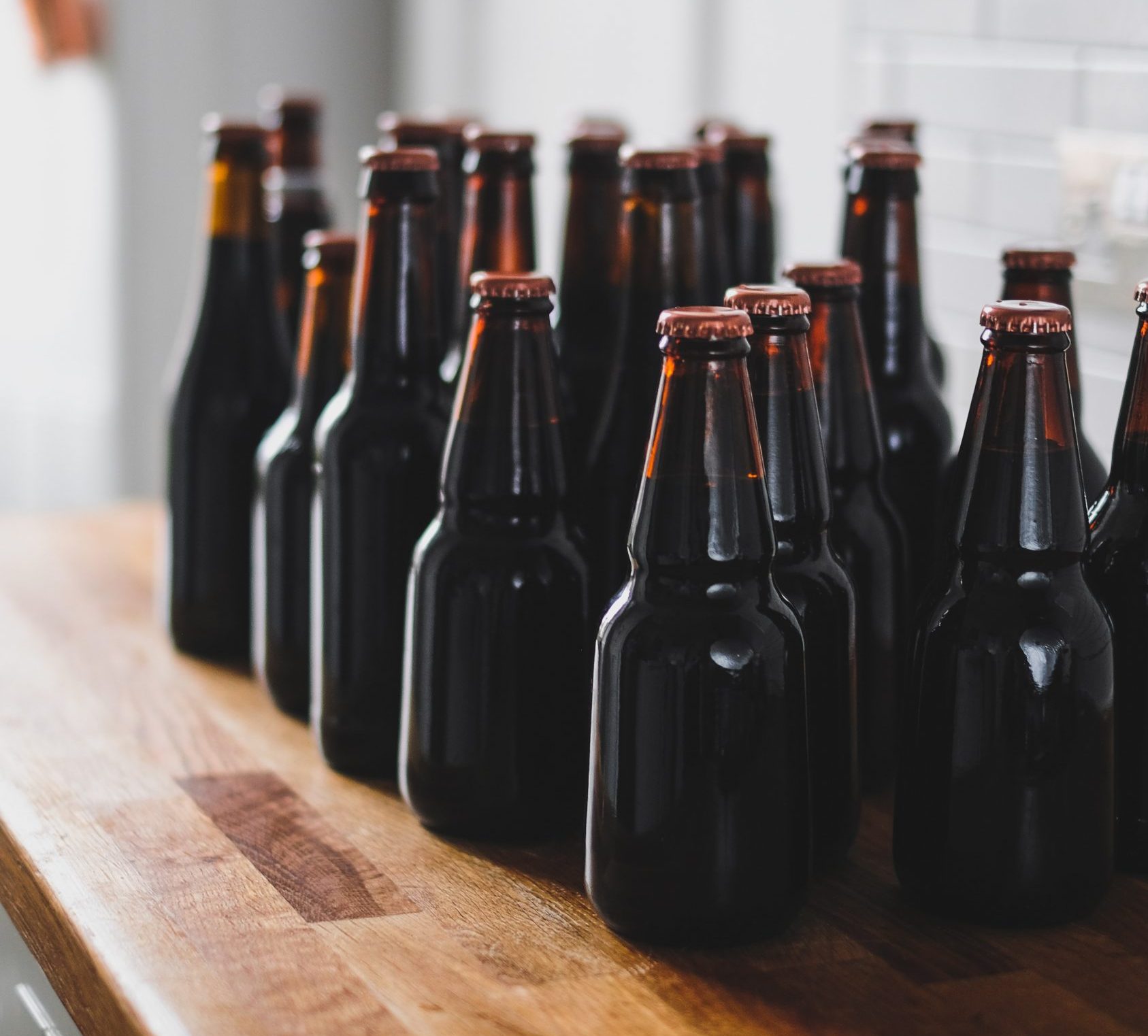 As Good As Dead

After the funeral the girl’s mother won’t let her go near the old man who has been sitting at the back of the church. He has followed them home, where a grey pall hangs over the yard and the clouds drag low, but rather than come inside he sits biting his nails on the cold back porch, watching the mourners at their tea. When the girl had moved to approach him her mother had said, ‘Don’t go near him, Mia, he’s done enough damage.’

Friends and distant relatives are now at the wake, exchanging stories about Mia’s dead grandmother. They’ve squeezed into the loungeroom and are engulfed by the clutter of forgotten trinkets and photos. Soon the body heat mingling with oppressive kitchen smells is overpowering: a steamed window is pushed open and the July chill provides some relief.

Mia sneaks looks at the man on the porch through the windows while she passes around plates of sandwiches. Solemn faces, constructed for the church, are now relaxing, stifled giggles morph into guffaws, hushed tones become louder. The grandmother had been old, and the beer is flowing.

‘I think it’s appalling that Barbra hasn’t told Mia about her own grandfather,’ an aunt whispers to another dusty relative. ‘At sixteen surely the child’s got a right to know.’ She doesn’t see the girl standing behind her, unmoving.

Avoiding murmurs of sympathy, Mia walks out to the porch, then pauses, scared. So here is the monster. He smells of rarely opened suitcases, mothballed wardrobes. He takes a sandwich from the plate she’s offering but is listening elsewhere.

‘Abigail’s dead,’ he mutters, nodding at the group in the loungeroom, ‘and they’re havin a bloody party.’

He hesitates. ‘A long time ago.’

In his faded suit and tie he doesn’t look like the grandfather her mother had cursed in late-night susurrations: the wife-beater, the unreliable provider, the drunk, the criminal. But as he clings to the uneaten sandwich, watching the room, she thinks of the dark whisperings she’s been hearing all her life, and for a moment her blood quickens. The porch is colder now, shadowy. She’s yearned to meet this man for years, and here he is. Apart from a photo she found in a drawer of him as a young man with violet eyes, laughing, she’s never known what he looked like. (Her mother had ripped up the photo. ‘You don’t have a grandfather,’ she’d said. ‘He’s as good as dead.’)

Suddenly he asks, ‘Are you Mia?’

She looks urgently for her mother. ‘I’ll be back in a minute,’ she says. Then: ‘Do you want a drink?’ Her regret is immediate.

Mia pushes past the sweating mourners, their stories now loud with nostalgia, until she gets to the kitchen, then clutches at Barbra. ‘The man out the back, Mum…I heard Aunty Dawn…it’s him, isn’t it? My grandfather?’

Her mother slams down a tray of pies. ‘Did you talk to him?’ she hisses.

Barbra grabs Mia by the shoulders. ‘Don’t go near him, Mia, I’m warning you. I don’t want him here. I’ve only let him stay out back because I didn’t want to make a scene and apparently he’s off the drink. But I don’t believe it for a minute. Don’t go near him.’

Since Abigail’s death Barbra’s distress has echoed through Mia’s room every night; her misery fogged their house as she nursed the old woman for the past year. But it is not sorrow in her mother’s eyes now. ‘You’re hurting me, Mum,’ says Mia.

‘Barb, where are the sausage rolls?’ a relative yells. Barbra mouths at Mia Keep away then moves into the loungeroom. The tray she holds is quivering.

Mia stands immobile in a sea of relatives chatting, slicing, rinsing. The relentless odour of baked pies is pungent and the lure of the porch is strong. Her grandmother is dead, yes, but she has been ready for it for some time. She is not ready, though, to be denied her grandfather twice – not until she has heard his side, at least.

At the esky Mia hesitates, then takes a can and returns to the porch. The old man is red in the face now, his jaw tight, he seems on edge. Mia hands the beer to him.

He looks down at the beer, as if surprised to see it. Wincing, he pulls back the ringtop, then slowly takes a swig. ‘Can’t believe it,’ he mutters. ‘I’ve been good for so long,’ and laughs sullenly, shaking his head.

‘I have something to ask you,’ she says, panic rising.

The porch door slams open; Barbra’s teeth are clenched. ‘Mia! What the hell are you doing? I told you to keep away from him!’

Barbra swivels. ‘And you,’ she says to Cliff, her father, her voice hoarse, ragged. ‘Why are you here?’ Mia sees what her mother is staring at: haggard, mottled skin, eyes once violet now rheumy. Barbra hasn’t seen him for twenty-six years.

‘Yeah, I know, he’s done damage, he left you and Nana, he–’ Her voice drops. ‘So he drank too much, okay, but is that enough not to see him again?’ She’s trembling, whispering. ‘Is he so evil, Mum?’ And then, even softer: ‘Why can’t I have a grandfather?’

Barbra smashes her fist into a side table; a vase shatters. Apart from a uniform gasp no one inside speaks – the performance unfolding, the lure of scandal is too tantalising. Mia yelps and runs to her mother, who grabs her hands. ‘There’s so much you don’t know, so much.’ Whiffs of whisky and cake punctuate her words, but she’s gentle. ‘I know you haven’t had a grandfather, but…he hurt Mama, he hurt me, he hurt–’

‘Can we go and talk somewhere?’ says Cliff. His interruption is knifelike.

‘No,’ says Barbra. ‘I have nothing to say to you. And I can’t believe you’d come to Mama’s house today of all days–’ Her voice is shrill.

‘Look, please Barb, I’m not after forgiveness. I just wanted to come to my wife’s funeral. And…’ He sighs slowly. ‘To see you two.’

Mia can’t believe her mother will let him go like this. She cries, begs her to relent, but Barbra will not yield. She waves her hands at Mia, her lips set tight, then turns and walks stiffly to the yard. Mia follows, her heart in spasms. Outside, the stodgy cooking odours dissipate. The sky is leaden, rumbling. Mia wants to howl.

Barbra’s eyes snap; she digs her nails into Mia and shakes her. ‘Enough! You want to know what happened? Ask him. Ask your grandfather where he’s been all your life. Ask him why Mama died alone. Why you don’t have an uncle.’

‘It was an accident, Barb,’ says Cliff.

‘No! No! I will not accept that!’ Barbra screams. She’s looking at Mia wildly, freed finally from a lifetime of secrets. ‘You were drunk! Christ, you were drunk! We were all in the car yet you drove, drunk as usual, you crashed and killed my brother! You killed him!’ She arches, shrieks at the slate sky. ‘Then you went to jail, you left Mama and me…’

Mia kneels and covers her ears with her arms and wails, her head a swollen white light of scattered memories, of things half-said and avoided, jigsaw pieces hidden, purposefully thrown away.

Barbra leans over, rasping. ‘So, Mia. That’s why you’ve had no grandfather. Because he’s a murderer.’ She spits the word like bad wine.

‘Good!’ yells Barbra. ‘Go! Go! Murderer!’ The grief in her voice is deep and absolute and tangible.

Cliff stops, stiffens. Stares at the road. Then he turns and heads quickly back towards Barbra. Mia begins to shrivel into the grass; she tries to disappear into the weeds, into the dirt. Rain dribbles and the clouds are black shrouds.

‘Yeah, I was drunk,’ Cliff says, breathing hard. He is near to Barbra, his face close to hers. ‘And he died. My son died. But…’ He points his trembling finger at her face, and they glare at each other; then he steps back, falters. ‘Dammit, Barb, it was so long ago. Yes, I was drunk. But haven’t I paid?’ Barbra doesn’t waver. ‘Don’t make me leave like this.’

‘Go, now. Please,’ says Barbra. ‘Before you cause any more trouble.’

Cliff sighs, shakes his head, then shrugs. He smiles sadly at Mia, and trudges towards the road. ‘Goodbye, love,’ he says.

‘Mum, no!’ screams Mia, the desolation beginning. She runs after Cliff and pulls at his jacket. ‘Don’t go! Mum’ll come round, she’s just upset about Nana…’ Her words are damaged froth and bubble.

‘Shh, love, shh,’ says Cliff. ‘Your mum’s right.’ He kisses her hand, pushes her gently away, and totters to the street.