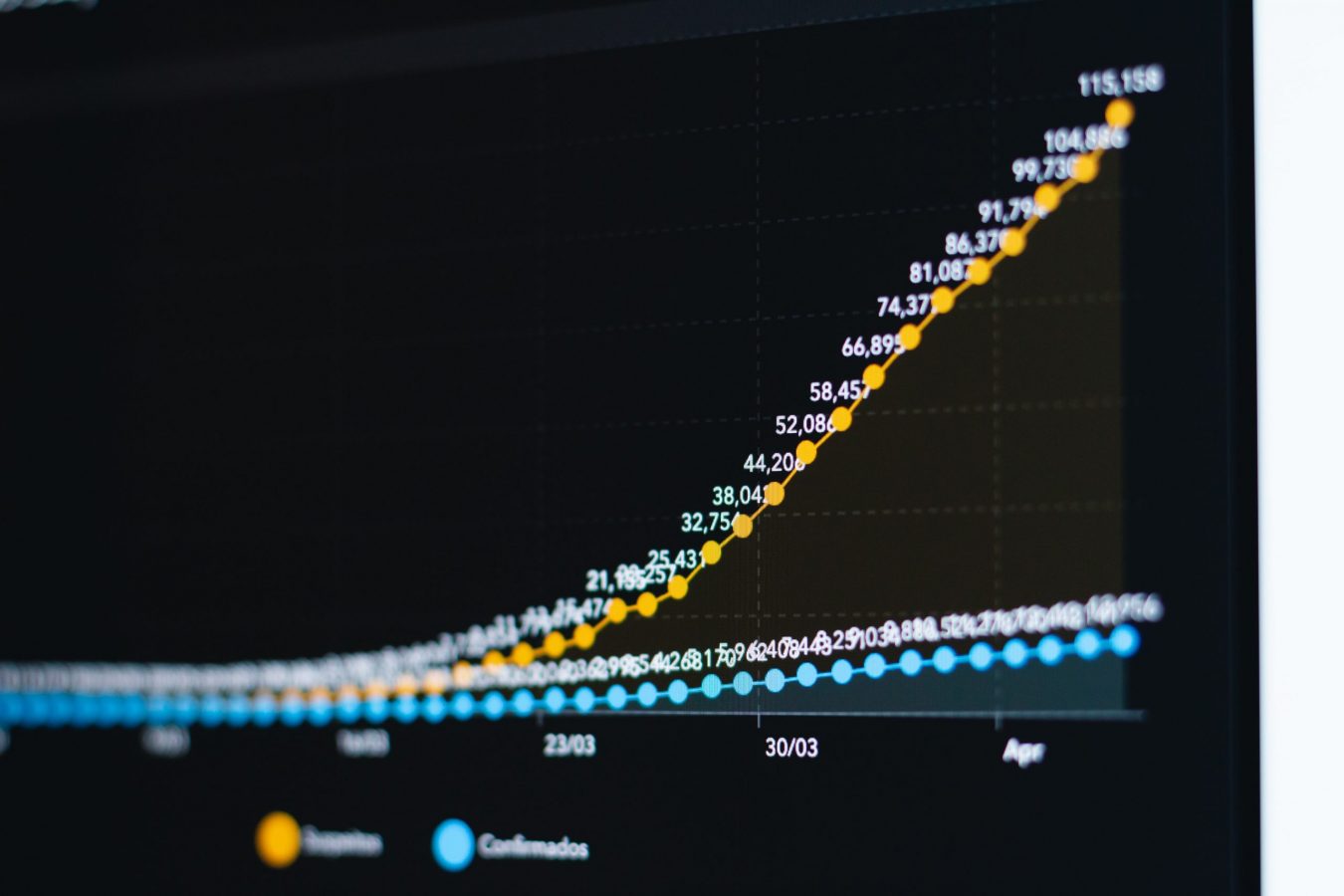 “Have you seen the curve?”  Beth’s father slurs, as she shuffles softly towards the living area. His eyes are riddled with delicate spiderwebs of red, another victim of his tormented decision-making.  “There are only two days left and it’s way, way below expectation.  When do you think we should do it?”

Grandma Eve clears her throat gently, clearing away the last of the beige blobs of breakfast that supposedly contain all the nutrients necessary for optimal nutrition and output.   “I’ve been meaning to talk to you all about this.”

Indestructible titanium spoons lower into bowls, enveloped by creamy thickness, as they wait.

“Sit, Beth, please.  I’ve been waiting till everyone was up and fresh.  So we had time to discuss it.   Properly.  Will and I have been talking.  A lot.  We think we need a strategy.”

“Oh Mum, I think it’s a bit late for that.  We can’t change what we’ve done and what we can offer in two days!” Beth’s mother’s open hands lift, mirroring her exasperation.

“No Jen, you don’t understand.” Eve is even and measured.  “I mean, HOW we do it.  Do we make this decision as individuals, or as a family? Whatever Will and I submit has to cover our parents also.  There are ten people in our household.  Ten percent means one of us will be terminated. How can we choose?”

“Maybe you don’t have to,” Jack’s eyes do not leave his bowl as he speaks.  His fingers have reclaimed the spoon and it now lifts and drops the dull porridge like a leaking tap.  Rings form as each drip slides from the spoon to rejoin its counterparts.

Beth stares at him, her eyes flashing caution. Jack’s eyes remain fixed on the glutinous mass in his bowl.

“Maybe ten percent just won’t submit and everyone who does is OK.  I reckon that’s what the curve means.”  Beth releases her indrawn breath.

“Can’t rely on that son.  It’s just a big decision that’s all,” Grandpa Will intervenes.  “People never had to make a decision like this before.  Taking their time, making sure they got it right.  Your grandmother is right, we should make the decision as a family.” He draws another breath, preparing, rehearsing.  His palms flatten against the table and his chair jiggles as his weight lifts to stand.

“That won’t work, Grandad,” Beth interrupts, words sprinting from her dry mouth. She licks her lips, small drops of cold sweat have gathered at her upper lip.   “That’s why the AI chooses.  Our minds are not capable of the decision.” She draws another sharp breath, scrambling for an analogy to explain the rationality of AI.  “We don’t know the criteria.  What if being willing to sacrifice a family member for the good of the other members is considered a bad thing?”

“What?  How could that be?  That’s … that’s inhuman.  It’s ridiculous,” her mother turns, lifting her bowl from the table. Her feet thump towards the sink, as her hands catapult her bowl and its contents against the hard surface of the disposal unit.

Beth watches as the porridge oozes from the metallic surface, her mother’s shoulders shake as she leans against the hard edges of the sink.

“So, what do you suggest?  What are you ..?“ her father sighs, his voice trailing into a soft mumble.

“I don’t know.” Beth lifts her spoon, and rotates porridge around her dry mouth.  Tasteless, but at least it glues her mouth shut.  Eight eyes bore into her own.  Her mother turns, palms scrubbing at her splotchy face.  She swallows. “Grandfather is right.  People have never had to do this before.  We should take our time.”

Beth stands slowly and walks towards her mother,  resting her hand gently on her shaking shoulder as she pours the remainder of her bowl into the disposal unit.  Her mother’s soft hand covers her own and she smiles weakly at Beth.

“I agree with Beth.”  It’s Jack, his voice firm and confident.  “There is time.  We don’t know what will happen.  Let’s leave it till tomorrow. I’m going out.  Don’t think I’m going to figure it out here.”  The family watch as he leaves the table and strides down the hall.  The door slides shut behind him.

“I think I’m gonna go out also. I just have to grab a few things,” Beth says.   Her shoulders shake as she shuffles towards her privacy pod, her tiny frame unable to withstand the immense weight of their inspection.  The door slides shut and she taps into her Comms device to check the chatter.  It is everywhere.  The Dark Earthers have become mainstream.  Programmers are duplicating and sharing pieces of code, they say are coming from the Black Market.

Her Comms chip flashes impatiently. The NUN has declared a virus is now rampant, threatening to steal identities.  If you share or click on the link, you will be unable to submit your submission to Choose Life.  Your identity will have been stolen and you will not know what they have submitted on your behalf.

0800 hours, 31 December 2120.  Submission Day.  The counter on her Comms device displays a count down, together with the submission rate:  50%.  The trajectory was 67%, it is below target but the NUN spokesperson reassures them.  This is to be expected with such a momentous decision.  Hourly updates will be provided. Reminder a virus is rampant.  Do not click or share any information at this crucial time.

“It’s time for me to go,” Jack speaks quietly as he sits beside Beth on the soft lounge of the communal living space of the apartment.

“I’ve checked the Festivus ration packs guys.  I think we can make dinner a real feast – there are spareribs, and plenty of some kind of mash – what do you reckon Jack, Beth?  Let’s have a feast, make it special.”  It’s only 11 a.m., but Mum, Dad, and the Grands are in the kitchen, burning off adrenalin.

MediBadges have been pinging like a rock festival throughout the apartment since dawn.  Cortisol has reached dangerous levels.  Perhaps that might look after the ten percent, Beth snorts as her brother stares at her through veiled lids.

“Are you coming with me?” All week the question has hung between them, suspended on the slippery slope of the submission curve.

“No,” Beth smiles and pats her brother on the hand, careful to keep her back turned from the rest of the family lest they see the tears threatening to spill over her dark lashes.  Jack covers her hand with his own and squeezes tight.

“Righto then.  Hey, don’t worry sis I got this.” He stands quickly, his eyes firmly focused on the exit of the apartment, his feet already in motion, His journey has begun. There will be no backward steps.

“I’m off for a while Mum, Dad.  I reckon I got a last few hours of figuring what to do so I get this right.”  His voice is bright and breezy as he turns one last time, to peer back at his family offering his most generous smile.

Dad’s head jerks upwards, eyes narrow and then squeeze shut, with a quick shake of the head.  “Good to see you are taking this so seriously, son.  When will you be back?”

“Oh, I been thinking.  I really want to make sure I see mates and stuff all day and I want to be amongst everyone for the final countdown.  They are going to broadcast it in the square tonight.”

Their mother looks up stifling a cry, her fingers splayed against her throat pit.

“Come on Jen, don’t worry.  He’s young, remember what that was like?  Dawn of the new year.  Remember 2100?” Dad gathers Mum into his arms, as he calls over her bowed head “Have a good time and don’t do anything I wouldn’t do.” The edge of his lips quiver and then set into firm resolve, as he lowers his forehead onto Mum’s soft curls.

Beth watches as her brother’s slender frame lopes down the hallway and out of the apartment for the last time.

Ping.  Her cortisol level has peaked.  She is reminded to lay down and take deep breaths. Yeah, like that was gonna help.