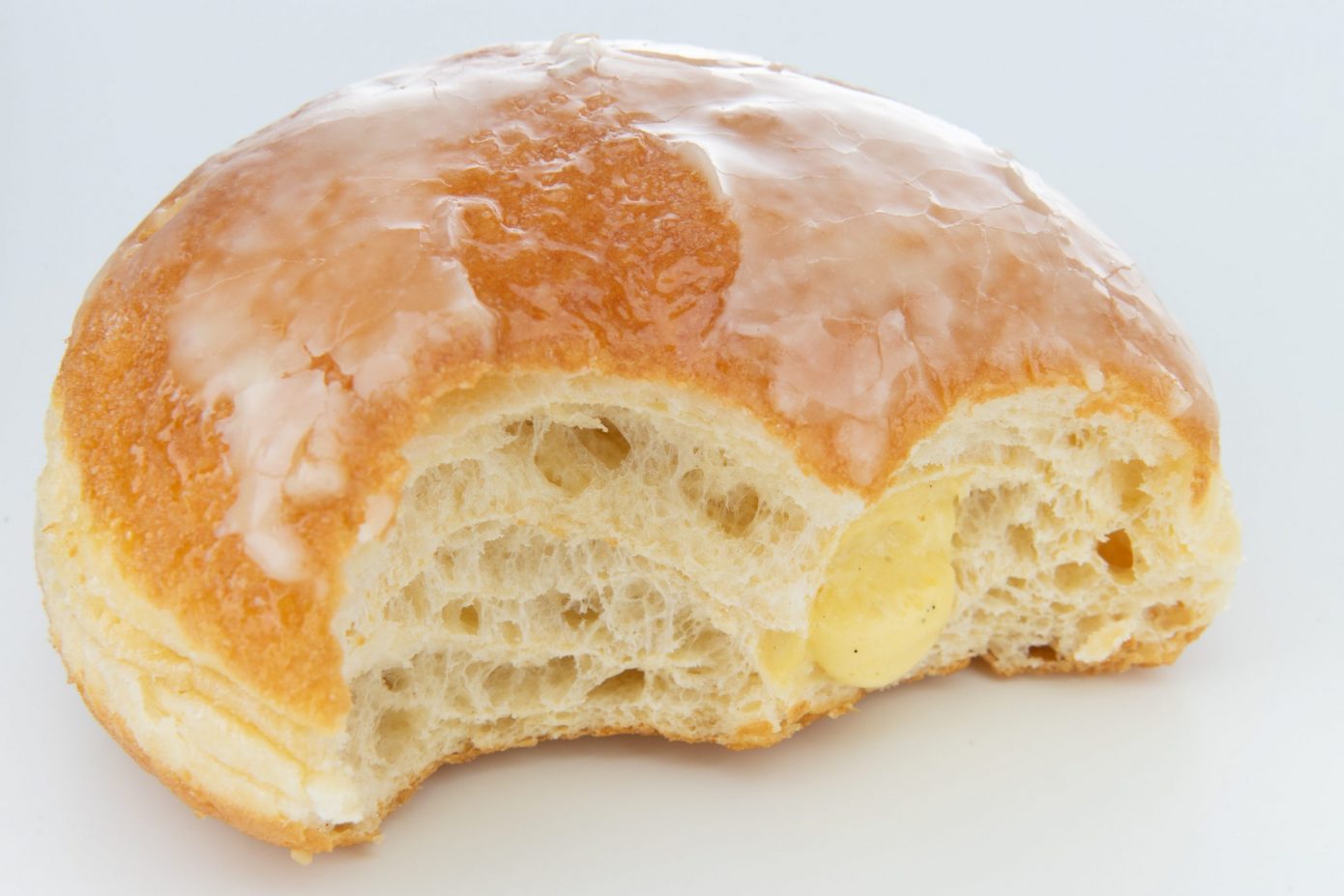 Terry looked up from behind his computer as his colleague entered the room. The neon from the tower opposite them spread a golden glow cross his face.

“Hello handsome,” said Colleen. “I bought you a present. She poured the contents of the paper bag she was carrying on to the work bench they shared. Terry smelled the delicate perfume of French custard and buttery pastry as two chunky donuts tumbled on to the pearl laminate. He admired the sparkling sugar crumbs that adorned the soft and doughy orbs.

“Not gymming tonight?” he said.

“It’s late,” said Colleen. “We’re staying back to finish the report, aren’t we?”

Terry retracted into his hiding spot behind his screen, frantically wondering how he might capitalise on this moment. A bon mot, perhaps, or seduce her with his razor-sharp wit? No, he’d tried that once. “Let’s go to the Endangered Species Cafe,” he’d quipped, “and order a rare steak.” She had laughed, but he thought from pity.
Suddenly, Colleen loomed above him. He gazed up past her breasts, caught beneath the white cotton of her shirt, past her radiant red lipped smile, to the hairs in the small caverns of her nostrils.

She set a plate beside him, on top of his papers.

“Umm,” he said. Words formed thick as honey on his tongue, too thick to glide out. Instead, he sat there, silent and still, tongue glued to palate. He stared at her thighs, her waist, her slender arms hanging from narrow shoulders. Her smile radiated warmth towards him. Dammit, this is the workplace, you’re not meant to. I could be in all sorts of trouble if I got it wrong. But, but, look at her. Dammit to hell and back. He forced words from within him.

“No,” she said, and bent close to him. She lifted the pastry and took a bite. He gazed at the way her lips encircled the tanned ball of dough. A luscious blob of yellow cream oozed out, and fell on to the plate, taking a captive chocolate chip with it. She returned the pastry to the plate, its bite mark a crescent of secret mirth. He imagined licking the cream from her lips and tasting the sweetness of custard on her mouth.

“Oops, dropped some,” she said.

He could have sworn her hips touched him as she bent again, and, with a bejewelled finger pressed against the chocolate, drew a heart shaped smear of yellow on the plate. Then she licked her finger.

“It’s late,” she said. “We could finish the report in the morning. Finish the donuts at breakfast.”