The Moving Pen | Garbagemen are human, too 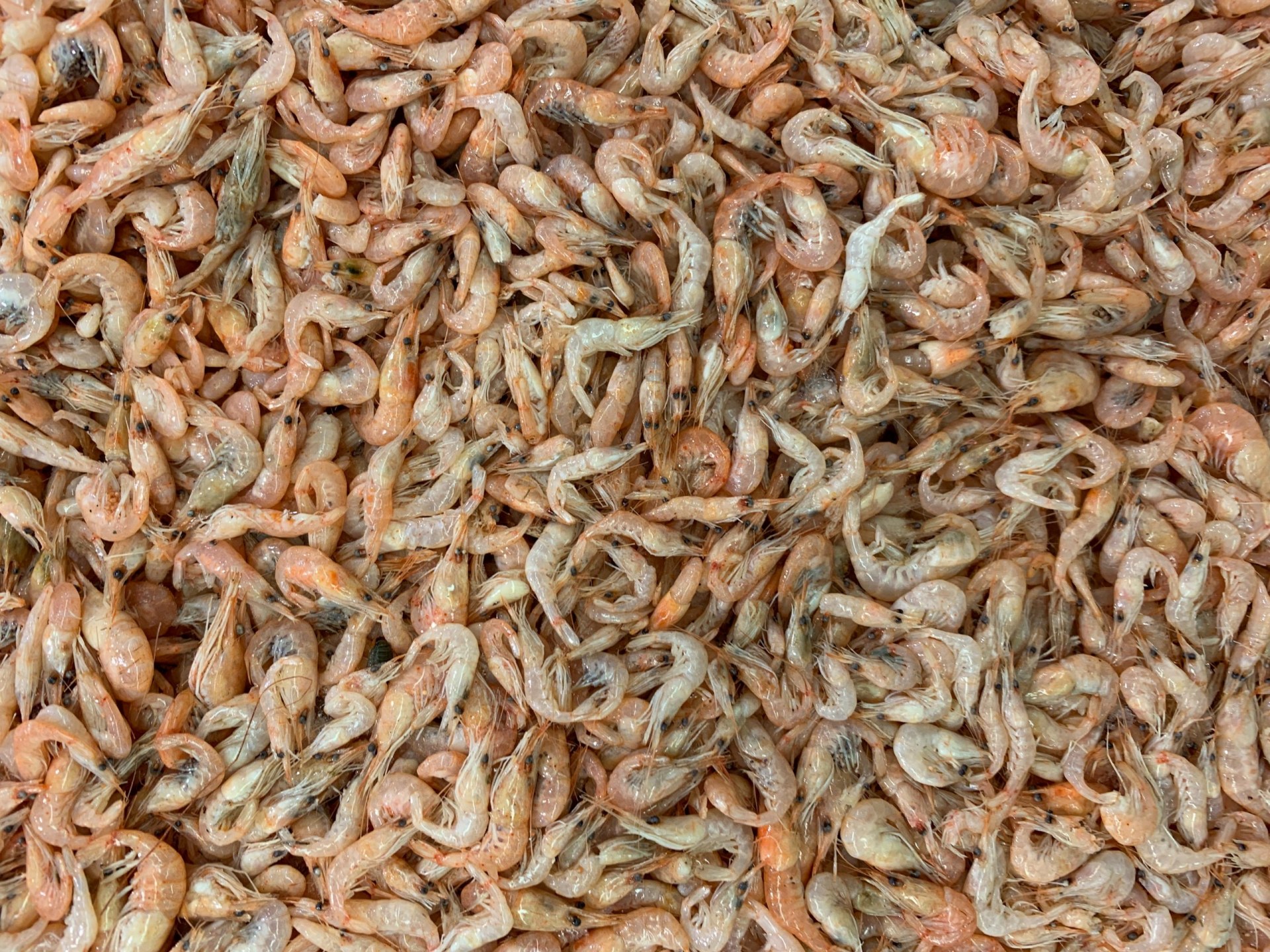 Garbagemen are human, too

‘I’m telling you, garbagemen can deal with anything. The smell of corpses, shit, rotten eggs. The worst stink in the world, they can handle.’ Around the table everyone nodded and murmured in agreement. ‘They’re above all of us. They’re superhuman.’

‘I don’t agree,’ I said sagely. I took a sip of my Cointreau, and leaned back into my chair like a wisewoman. ‘They’re as human as any of us.’

The dissent was rife. I could see two friends were about to leave the restaurant.

‘Anyway,’ said one, ‘what makes you the expert?’

The duck confit had been delicious, the goose liver pâté exceptional. A friend had raved about the Provençal prawns. I’d avoided them.

Swirling the liqueur I smiled at Dale. ‘This is a subject that cost my husband a lot of money,’ I said. ‘Let me tell you a story.’

We’d had a hell of a week that February. While the intense summer was wiping itself routinely over Sydney like a fat, sweaty clown we worked eleven-hour days, survived dinners with office colleagues and clients each night. A procession of late nights in noisy bars, we rose early with the taste of done deals and expensive whisky in our throats. It’s easy to hide vomit breath and exhaustion when you’re young; just keep gurgling Listerine, just keep smiling. By the weekend though our limbs and minds were sagging. Enough was enough, I decided; it was time to relax, just Dale and I, at home. We’d sample the leisurely life, experience a modicum of idleness. No clubs or bars or glamorously demanding restaurants. Sans make-up I’d cook us a simple meal, he could choose a mellow wine and tender music, we’d spend an unostentatious Saturday night alone, watch tv, play cards. Just like a couple of oldies, Dale complained. But he agreed: he always said he’d try anything once except incest and folk dancing.

That evening the sky was streaked vivid orange and rang out with the usual Paddington pleasantries – cars, horns, people off their faces, people on their phones, sirens, the occasional punch up. My nose tingled in the balmy evening air. It was the ideal night to eat outside, in the tiny backyard of our inner-city terrace.

After spending (what felt like) hours that morning scouring my laptop for the perfect recipe, I’d found the ideal curry, a perfect meal to relax by, and hurried forth to fight the crowds and purchase fresh prawns and zesty exotic spices. Home alone, I gritted my teeth as I peeled the prawns (their odour always inflicted a melancholy childhood memory of boring Christmas lunches). My eyes dripped from peeled onion skins, I couldn’t understand the instructions, I burned my hand twice on the gas stove. The simple recipe took me simply hours. But eventually I made it – a very acceptable curry.

‘Something smells good,’ said Dale. He’d just returned from a long bike ride to Centennial Park. ‘What you cooking?’

He raised an eyebrow. ‘From scratch? No packet mix?’

‘Brave. Very brave indeed.’ He took a beer from the fridge. ‘And why are we having curry on one of the hottest days this year?’

While dinner simmered in the sauna-damp kitchen we reclined on a hammock in our backyard sipping Pimms and lemonade with buckets of ice. The heat refused to relent, we dragged ice cubes over our foreheads, but the refreshing alcohol kept flowing. When I finally served the meal from a ceramic pot the sky was a mellow bronze, with stars peeking through like silver arrows. I giggled as Dale made jokes about raw prawns, impersonating the B52s as he sang about rock lobsters, poured a bubbly chilled rosé.

To my surprise the dish was delicious – the wafts of chilli and cinnamon, the tender shrimp, the saffroned rice and naan, the curry not too chilli-hot – I’d never cooked an Asian meal so well. To be honest, I’d actually never cooked an Asian meal, except from a packet. My repertoire consisted largely of baked beans on toast and omelettes. I was indeed impressed with myself.

More wine, huge bowls of runny salted caramel ice cream, tiny melting chocolates, more wine. Eventually the air grew too still and humid, a clammy midnight loomed without respite. Dale slapped at his arms as mosquitoes savoured his olive skin. We went inside and stumbled up the stairs towards the bedroom.

‘I’ll clean up tomorrow,’ I slurred. ‘I just put the leftover curry in the fridge. We can have it tomorrow.’

The next working week was almost as hectic as the last. We rushed past each other in the bathroom in the morning, Dale shaving as I searched for lipstick with a toothbrush between my lips, and only connected late in the evening as we fell into bed. Meals consisted of takeaway or restaurant dinners.

At dusk the following Friday we were both home earlyish, sprawling on the lounge in swimmers. I rummaged in the fridge for a cold can of diet Coke and noticed, at the back, a casserole pot with a tight lid. I touched the lid – it refused to budge. With pursed lips I wondered what it was. Drumming my fingers on the fridge door I considered pulling it out, investigating, but the week had been exhausting, the footy was starting, Dale was yelling at me to hurry up, so I decided to ignore it. I’d think about it the next day.

Weeks passed. One night I craved something cold and sweet and foraged in the fridge for snacks. Dale was still at work. Pushing aside half-empty jars and bottles I reached the back of the fridge and found a casserole pot suddenly glaring at me. Glistening. A bit like the holy grail. For a moment I stared; that dish had been in there a long time; it seemed stuck to the shelf.

Then I remembered what it was.

They’d been in there for nearly a month.

I knew I should extract the pot, empty it, toss away the prawns. But the summer was still bulging; uncompromising, sultry and oppressive. The thought of even opening the lid was, well, worrying. I promised myself I’d get rid of it the next day.

Dale’s personal rule: whatever’s been in the fridge for a while, stays in the fridge. Do not inspect closed containers that have been there for more than a week. Beware the forsaken dish. So the neglected pot lay in there menacingly, its lid so tightly secured by a suspiciously wet crust that no hint of odour escaped. My anxiety grew. And grew. I dreaded opening it. Images of grinning ghouls from Ghostbusters haunted me.

I finally asked Dale to get rid of it.

‘The dish with the prawn curry.’

‘Hang on – you cooked that ages ago.’

‘And it’s still in there? In the fridge?’

He looked at me as if I were mad.

So in the fridge the prawn curry remained, living and expanding into something unthinkable, malevolent, for another week.

My angst became all-consuming. I refused to open the fridge, I avoided the kitchen. On the nights we didn’t eat out we ordered in; I was an UberEats junkie. Until, finally, my stress-bells tolling, my need for chilled diet Coke insatiable, I decided it was time.

Cautiously I pull the casserole pot from the back arse of the fridge and place it on the sink. The china is very cold – excellent! I exhale – perhaps it’s mummified. The crusty lid is stuck; I tug harder. I’m tossed from worry to dismay to panic – then it suddenly loosens. My hand is thrown into the air. The lid flies but I ignore the crash, overwhelmed by what lies before me.

And ah, that caustic odour. Oozing death, it wraps around my head, burns my nostrils. I heave.

Only one way to survive: I clip a peg from the laundry onto my nose (excruciating!) and, with rubber gloves and a ladle, scrape the foetid mess into a plastic bag. Finally it’s all in. Even the ladle. I quickly fill the pot with hot soapy water and disinfectant, and take the bag, doubly-knotted, outside to the red garbage bin in our backyard. I ensure the bin’s cover is on tight. Finally I can remove the peg and wipe my gushing eyes.

Jesus, do I need a drink.

Next afternoon, Dale returned home, hot and thirsty from a game of squash. I heard a beer can crack open as he yelled that he was heading to the backyard.  Upstairs I languidly removed my makeup, imagining him enjoying our umbrella’s cool shade, sipping his icy drink in time with the chattering cockatoos. But then an alarming sound of scraping floated up. I knew what he was doing: he was rising from our swinging hammock, slowly crushing his finished beer can – oh god, he was tossing the can away. I rushed to the window to warn him but before I got there he was opening the garbage bin. Not the yellow recycle bin – it was being replaced – but the red one for rubbish.

His language was criminal. As was his loud, strident retch.

‘Fuck!’ he yelled through his gagging. ‘What’s in there?’

I headed downstairs, nervous but snickering. It was hard to decide which smelt worse: the putrefied prawns, or his vomit.

We closed the bin and put a few bricks on its lid. We couldn’t have that stench escaping. For two more nights the curry’s cadavers stewed in the relentless humidity. I swear I could hear the stuff gurgling. Dale stood before it ponderously, hands clenched almost in prayer, his chin on his knuckles; he was sure the prawns were alive. Or transfiguring into zombies.

On Sunday night Dale, a scarf wrapped around his face, carried the bin through our kitchen and hallway, heaving. He placed it gingerly on the narrow footpath directly below our bedroom, at the front of the terrace.

‘I feel really sorry for the guys who have to empty that,’ I said.

‘Ah, they’re garbos,’ he replied between spews. ‘They’re used to much worse than that.’

We both woke unusually early the next morning. Despite being just beyond dawn the day was as dead and still as a stagnant pond, like the rest of summer. But the sound of the rubbish truck grinding its way down the scanty street was as loud and alarming as a medieval corpse collector. We knelt before our window and peeked outside, our heads low. ‘I’ll be rich tonight,’ Dale whispered. ‘You watch.’

Finally the truck was directly outside our terrace, its engine idling, the garbagemen shouting sotto vocce.

One by one, they laboriously opened the neighbours’ containers and tipped the contents into the back of the truck.

Then one garbageman lifted the lid of our red rubbish bin.

He still hasn’t given me my hundred dollars.