The Moving Pen | Hello from the Other Side 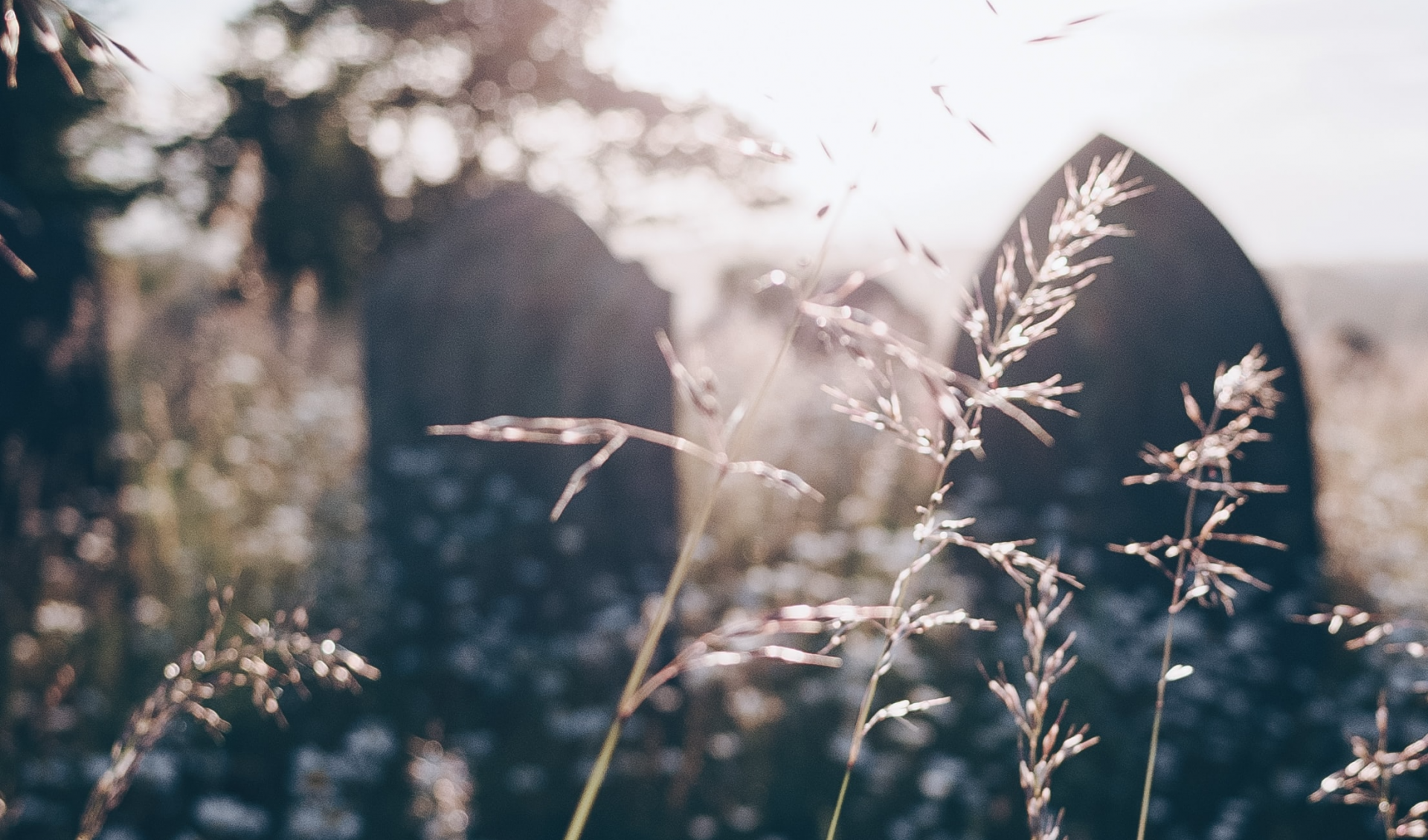 Hello from the Other Side

From the other side I watch them enter the church. Sitting at the altar, beside the priest, just near the satiny redwood coffin. They spent a lot of money on that casket. Much more than I expected.

While they’re getting settled I slide off the altar and wander around the sanctuary. I run my finger along the tabernacle – as expected it’s dust-free, lustrous. As is the cabinet on which it rests: on those interminable Sunday mornings with my family I often wondered what was in there. I think Sister Vincent told me, but I can never recall the details – she scared me too much, forever hassling us to remember the seven deadly sins. Envy, lust, pride, and the rest. Will I see her soon?

Mum and Dad are in the front pew, staring at the coffin, although Dad continues to rub his shrunken face, shake his head. He’s hugging himself, and I can see him pinching his upper arm. Occasionally he emits a soft moan and my sister Edie rests her head on his shoulder. She keeps glancing around the room, and occasionally her eyes stop, right on me. Her eyes flitter with confusion for a moment, she opens and closes her mouth like a frog, then she’s distracted by Dad – he’s gulping loudly, having trouble breathing as he always does when he cries. Mum hasn’t moved; she’s staring vacantly at the floor. She’s so thin; the colour of used paste. Her face reminds me of a painting I once saw – Monet’s wife on a couch, gazing desolately at nothing.

I try to open the tabernacle – it’d be interesting to fondle the Eucharist, taste the altar wine, up here. But I can’t unlatch it – my fingers seem stuck inside this bubble-like cage – I can only touch, I can’t change or undo.

Stretching my arms high I run my fingers along the cage’s inner rim. It’s silky, soft; it reminds me of a ghostly fairy floss, though it’s not sticky. It’s all around me, moving with me: sometimes it’s a full circle, sometimes simply my outline. My ozone layer. I can only see it from the corner of my eye. But I know I’m safe in here; warm and protected.

When I awoke a few days ago it was weird to find it surrounding my body – but it was the first time I’d felt such peace for months. Years.

‘Dearly beloved,’ starts the priest. Father Duncan is as boring as usual, warbling on, repeating the same old prayers that I’ve heard him prattle at every other funeral, every mass really. When he says my name, though, I start; I knew this was my burial…but then, maybe I didn’t. I lean against the altar as he drones on in his biblical way, and peruse the mourners. Aunts and uncles; family friends; my boyfriend from last year, Will, and his parents; neighbours; buddies from school. An impressive lot. Though I wonder why so many are here – near the end none visited me, and when they did, in the early days, the distaste on their faces had caused me to scream at them never to return.

I’m stunned at how old my parents look. How grown-up, yet heavy-eyed, is Edie. I drift down to them; the blackness flowing from their bodies is stifling, invasive, and my circle is momentarily suffocating. For a split second the world falls away, I’m choking on the despair, but the circle tightens, rectifies itself, and I feel nothing but calm again. Yet I do want to console my mother – it wasn’t her fault, despite the yellowed guilt that’s wrapped doggedly around her head and chest.

Leaning slightly I touch her shoulder. It’s bony, frail, but she glances up toward me, startled, then rubs where I caressed her. Her hand passes through mine. Nevertheless she frantically looks around with wide confused eyes.

Edie leans across Dad. ‘What’s the matter, Mum?’ she says.

‘Barb, please,’ says Dad, too loudly. The priest hesitates, the room stiffens and heads lift, then Mum puts her face in her hands, sinks onto the pew and quakes. Father Duncan sighs, bites his lip, continues.

I watch Mum, and experience a sort of sympathy. But nothing deep. Nothing good, nothing bad. I feel light and airy, but not heady or happy. Is this purgatory? Or is this the forever? I think about it, but not deeply. Inside my safe circle, my cage, I know that what will be, will be.

Christ looms above me, high on the sanctuary’s wall, as I wander behind the altar. He’s just a wooden statue on a cross. The priest has opened the tabernacle and pours the wine. I stick my finger in the chalice but can’t feel liquid – only air. He consecrates the blood, then the bread – I still feel nothing. Perhaps God doesn’t talk to you in purgatory – or ever.

Father Duncan is rabbiting on about me now; when sermonising he’s the master of tact. He talks of how unwell I was, how although I headed downhill I’d been loved; how although my family had tried everything the illness had made the decision for me, that there was nothing anybody could do. Never does he utter the words suicide or anorexia. He mentions that it was all God’s will. I remember him visiting me in my bedroom once, my body grey-downed and scabby, the ache in my belly sharp, the mirror’s reflection fat, fat, fat – yet starved-skinny. He certainly wasn’t intoning like he is today. ‘Stop doing this to your family!’ he’d said. ‘You’re going to die, and it’ll be your fault. Vanity is for the damned.’

After he left my room, after I’d refused to speak to him, I heard him tell Mum, ‘You didn’t cause this – she did. She’s crazy.’ My parents still went to church every Sunday.

It occurs to me that perhaps my vanity has caused their pain, yet I feel no misery, no regret. Maybe this is actually hell – being so devoid of emotion.

After communion the priest is murmuring a litany when Will suddenly yells. ‘You can’t blame her! She starved herself because of…They said things, they made her do it.’ His mother pulls him down and hugs him as the vaulted ceiling echoes in whispers.

My uncle cries out, ‘Then whose fault was it, hey?’ He’s weeping angrily, snot drizzling over his lips and chin. ‘Who are you blaming?’ My aunt shushes him.

Mum rises clutching her handbag, her knees bent as if she’s about to run. Her face is a desperate crimson. I try and embrace her, but my arms won’t go around her; the circle has hardened.

Seconds, hours, days later – at the grave I hold my palm upwards but can’t feel the raindrops or the silky, singing wind. I sit on a bending branch in a willow and watch; I’m feeling light, so light now, my hair merges with its spectral leaves, my fingers as gossamer as its canopy. Though it’s difficult to concentrate I notice Will glaring at my parents, his fists clenched. He mutters, ‘A gun would’ve been a kinder way to kill her,’ but no one appears to hear him.

Overhead the clouds flitter and race across the sky, escaping northwards. I believe I’ll soon join them, but there’s no rush.