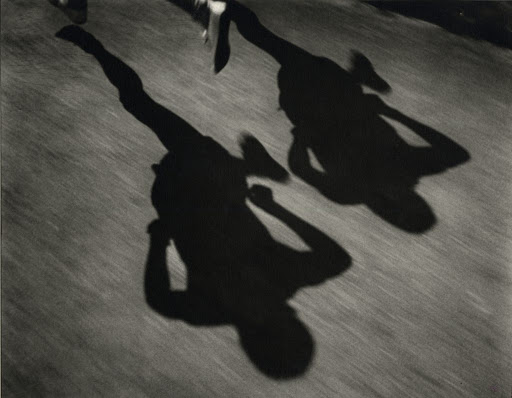 So loud her chest vibrates. Are the heavens pulsating? Is it war out there, or just the noisy jubilation of peace?  Rudi beams at her, his face a dynamic mess of nerves and elation. Her heart is wrenched by his cheeks as florid as a babe’s, and his hair, the yellow of fresh corn.

The heavy door is pushed open and sunlight shimmers into the changing room’s reception. Silke is blinded; she can see neither the crowd nor the athletes, nothing really, just a dazzling golden glare. The din is even deeper now; almost deafening. The spectators are chanting, singing. So roused, so primeval. She’s giddy.

‘It’s time I leave,’ she says to her brother. ‘I should get back to my seat. You can’t see me, but I’ll be watching. You know I wish you the best of luck, Rudi.’

‘I’ll win,’ he says fiercely. ‘I must win. For Germany.’ His peacock-blue eyes flame.

Ignoring the swastika on his arm she presses an old gold cross into his hand. ‘I’ve brought Mama’s good luck charm. Not that you need it.’ He lifts an eyebrow, snorts, his fists still clenched.

She leans to enfold him, but he’s spiralling away, already glancing at the other athletes. All of them limber and stretch. They reek of trepidation and delight, an odour so feverish it entangles her.

Rudi is startling in his white shorts and vest, a magnetic prototype. Others agree – she knows he’s coveted, has heard their candid comments, and is aware that Hitler’s photographer believes so too: that siren Riefenstahl filmed him for her Olympia movie. Not only running, but posturing like Apollo. They’d laughed and jostled each other closely. When she kissed him, Silke had flushed.

During the Opening Ceremony, when 25,000 pigeons had spiralled overhead amid resonating canons, Rudi had marched by with the legion of German competitors, his arm rigid in its Roman salute, his profile a carved and flawless statue. The self-assured hammer of their feet silenced the crowd, then a babel exploded; gods had burst forth. Behind them the other sportsmen were mere nomads, uncomfortable and inferior. Silke was mesmerised; her chest swelled and she cried, ‘That’s my brother!’ Onlookers congratulated her, shook her hand. Confettied her body with vibrant flowers meant for the players.

In her haze she was no longer scared by the national anthem. Voices rowdy and glorious echoed to the sky and she joined in. Until she realised that the teary faces were shining zealously at the main podium, at the Führer. Silke panicked, then quickly rearranged her face: but was it zealous enough?

Seeing the torch being carried in, the people hushed once more; the fire was defiant, immortal, and when the lone runner lit the vast cauldron the crowd bellowed, again, and the world trembled.

That day was a day for rejoicing, she tells herself. As is today.

She leaves Rudi and winds her way back to her seat. Around her suited men and finely-dressed women pull lunch from their baskets: meatballs and dumplings and bratwurst. Riesling and beer. Children fight with their red and black balloons while gobbling krokettes. The stadium throbs merrily.

High above its edge floats a rainbow of rival flags.

Soldiers weave among the mass of waving, saluting, competing contestants on the field. Although her main focus is the entryway – she yearns to see Rudi’s arrival – she can’t stop staring at the Führer. She’s so close – Rudi made sure her seat was good, but she’s astonished. The Ministers talk and point, offhand and loose, shockingly relaxed. And people nearby are calling him, waving copies of Mein Kampf, aching for their Führer to talk to them, sign their book. Shackle them, she thinks, but clenches her teeth.

Along the opposite side of the field a phrase has been formed by a thousand black-clothed, twisting spectators: WE BELONG TO YOU. The men around her yell even louder, slap their thighs and thrust their hats at the podium. The Führer limply flaps his wrist, his aspect smug. He appears almost satisfied.

She applauds at the hurdles, then the discus-throwing. From her basket she unwraps some sausage and chats to fellow observers.

‘My brother will be on soon,’ she blurts to a young man. He’s tall; carroty curls peek from under his straw hat. He pushes up the brim and starts to speak, but is diverted by a sudden shadow eclipsing the arena.

Above them the Hindenburg emerges like a saturnine dragon, a vast monster. The crowd screams joyfully, swaying in unison as they yet again thank their leader. The young man, his arm taut in the salute, has forgotten her.

As the airship slowly passes she needs to sit. Strangely its shade relieves her, yet she feels enervated. The sun is collapsing, fatigued too no doubt.

‘Here – you look like you need this.’ The curly-head is handing her a huge stein of ale. She gratefully murmurs her thanks. ‘I’m Luki,’ he blushes.

They talk. He introduces her to Werner and Bert. The university students are lithe and enchanting, enjoying camaraderie and cruel jokes. Luki doesn’t say much. All are impressed by Rudi; more beer is poured, her shoulders release. Although the rumbling continues it’s now merely a background to the laughter and jesting, the buzzing of flies, the occasional singing, the flirting. The golden afternoon is torpid, languid. Silke hums, content.

Finally she hears the announcement – the Men’s 100 Metres Final. She squeals, emboldened by the beer, then grabs at the three fellows, shushes them. The crowd’s thrill vibrates.

‘In the first lane we have the Italian…’ the announcer blares. As this runner is known to be fast – and fascist – the shrieking refuses to halt.

‘Please, ladies and gentlemen…In lane number two we have, from England…’ The herd cheers politely, and again when the announcer states, ‘And in lane three we have from France…’

The anticipation begins to crush her, as the mob moans, wanting. The announcer pauses, then:

The excitement detonates, the crowd is rapturous. Rudi emerges, glowing. He’s their Aryan comet, and they hail him. Silke soars; she wants to stand high on the podium and declare that she is of his blood, wants to embrace them all.

The announcer finally quells the stadium.

‘And in lane number five we have from America…’

A uniform gasp echoes. Followed by a formidable silence.

Silke can hear a lark’s call above her. Then a shudder moves suddenly like a tidal wave throughout. Heads nod heatedly, fingers point sharply at the field. Around Silke the whispering is at first bewildered, uncertain, until Bert spits, ‘He’s not human.’

She turns to Luki. ‘What’s he talking about?’

Like the screech of angry chalk, heckles resound. Faces unmask as murmuring teems along the rows. Some spectators beside her tilt forward, hissing. Silke shrinks. The words ‘lowlife’, ‘pig’, ‘scum’ litter the air.

The ambience vibrates darkly, no longer congenial. Anxiously she looks at the Führer’s box. His tension pulsates, buckling those around him. His mouth is a doomsday needle. And those eyes –wrathful, murderous – finally they’re the eyes she knows from posters, newspapers.

But the American appears oblivious. He stands in his lane, hands on hips. Digs his shoe into the soft soil creating a tiny incline, stares resolutely down. His expression is empty except for lines of concentration. Suddenly a bottle is smashed onto the field close to him. He glances at it, then refocuses on his Valhalla.

‘Why did you do that?’ she rasps at Werner and Bert.

‘What do you care? He’s inferior.’ Bert glares, sways, his beer breath cloying. Others watch with narrowed brows. ‘Don’t you agree?’

The stadium is oppressive. She hesitates, wipes her brow again, her fear tearing her between her country’s borders. She looks at the uniforms. Then, awash with remorse, decides. Regret, self-disgust…she’ll have to live with it all. ‘I’m just worried you’ll hit my brother.’ Her voice is small.

Bert scowls for another minute and she recoils, waiting…Then the gun fires and the race begins. She jumps up, oh God she’s missed the start, she desperately searches for Rudi. And there he is, sprinting like an antelope, so fast, so fluid, a solid white rush.

Within seconds the battle is between her brother and the American only. Beside each other, they’re so close. The crowd grows wilder, wilder – as the two boys race towards the finish.

The American, however, begins to outpace Rudi. Effortlessly. Long limbs graceful and serene, he’s simply taking a ramble in this afternoon air, enjoying the balmy August. The crowd’s frisson shifts, their mood swings high; under the tournament’s spell they rally for the best.

Silke shouts at her brother. As do the enemies next to her – now, again, her allies. Rudi is stretching every muscle, she can see the sweat and the angst and her cries ring out like cathedral bells.

Right at the finish line the American pushes himself with a final passion. With a breath, he wins. Beating the world record.

The crowd is euphoric. People dance, scream, sing, hug – never before have they witnessed this. The American waves and grins, the stadium cheers both him and Rudi hoarsely. All the athletes are laughing with the American, and they all shake hands, jubilant.

Silke looks to Germany’s leader, but sees only a black jacket slamming through a door. She wonders if he is dashing to present the winners with their medals; but no. As the boys shamble towards the victory dais the Reichssportsführer comes forward with the awards. The Führer has disappeared.

But while the exultant pealing continues, Silke still hears mutterings throughout, warlike, belligerent. Bert and Werner start to chant: ‘Heil Hitler! Heil Hitler!’ Others in the crowd catch on, and the mantra booms, shrill at first, then deafening. The entire arena is screaming, cawing, yearning. The American looks uncertainly at Rudi – they both hold hands, wave again, then leave.

Silke stands for a moment, surrounded by unyielding salutes, then moves slowly into the aisle. The enormous stone eagles at the end of each row are unforgiving. Their hostility is confronting, like the black shirts at the exit, and she edges her way out. Perhaps it’s time to find Rudi and save him from this war.