The Moving Pen | The Elements. A Novella in 4 Parts. Part 2: Water 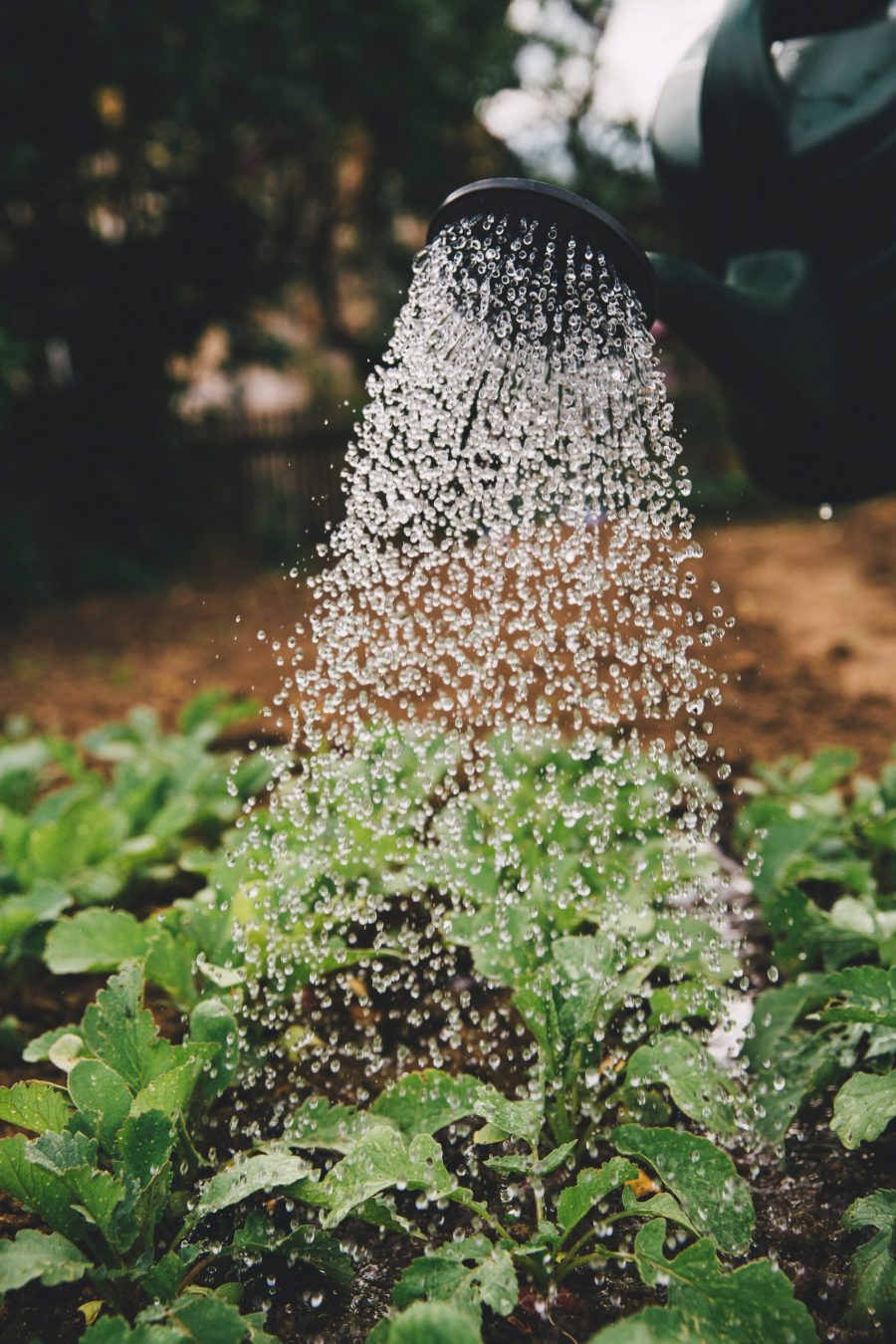 The Elements. A Novella in 4 Parts. Part 2: Water

“Hi, I’m Jack.” Liza’s boyfriend sticks out a smooth palm towards her Grandfather, as the screen door swings listless behind her.

Her grandfather glares at the pale blue shirt open to reveal a “v” of golden tan, then drops his eyes to the shiny RM Williams now gathering dust on the mat.

“Wipe your boots lad and shut the door. You’re letting the cool air out,” he grunts and shuffles back to his chair.

It’s dark inside. The blinds are drawn and a lonesome fly beats a steady drumbeat as it launches itself at a dusty windowpane in a futile attempt to escape.

“Jeezuz Pa, it’s like an oven in here. Open some windows will you?” Liza shrieks, her face glowering with heat and shame.

“Leave it. I like them shut. Keeps the files out. AND the heat.”

Liza huffs on a long slow breath, her eyes darting to her neat city boyfriend as he takes in the old man, the cottage, the heat, the desperate fly; the detritus of forty five years of hermitude. A dribble of sweat rolls gravity-bound across Jack’s forehead and she winces.

When she told Jack about having to shop for the old man he had said he would like to come. She had tried to deter him, but he insisted. He wanted to meet the family HIS “beautiful lady” sprang from.  Outwardly, she had rolled her eyes and shooed away the compliment with a soft chuckle.  Inwardly, her ego preened a wanton tongue across cheshire paws.  “Besides, ” he said, “it was good for business to get to know the locals”. He had a few new listings nearby and it would save him  time during the week. More time for them to catch up.

The more time she spent with Jack the better. Last night her mother had left her usual “duty-call” message on the answering machine.  “Hope all’s well Liza.  Must go and by the way we’ve met with the real estate.  The house will be going on the market next month.”

She had to find somewhere to live, and soon.  Her vain hope that her father’s new job might not work out had shrivelled and died in this goddamn heat.  Like everything else.  If Jack wanted to meet the family, perhaps? Liza left the thought hanging, was it excitement or relief? The six months with Jack had been dreamy; restaurants, weekends away, plans of long exotic holidays. Her body stifled a glow as she revelled in her newfound coupledom.

“Jack.., we don’t have to … she began hesitantly, cautious, but he was already gone; checking every space – eyes narrowed, darting like the lonesome fly, hovering at one window ledge,  then another.

“Nice place you got Mr Wigham.”

“Lots of character. People like that these days and you must have great views from the kitchen.” Jack pushes the coarse grey of the blanket divider aside and steps into the kitchen. Liza scurries after him, terrified he might catch a glimpse of the glass contraption she had once had the misfortune to stumble upon. Her grandfather rocks slowly on his chair, conserving energy. His face does not shift, a small smile of triumph pulls at his lips as she glances over her shoulder.

Inside the kitchen there is nothing to be seen. No notebooks, no glass tubes. A stainless steel sink, a tarnished tea pot, cracked enamel cup, a glass tumbler and a china plate, its ivory patina crazed into a mosaic of coffee and cream. Jack has his phone raised to the kitchen window, capturing the view. He swivels about tapping at his phone; the “ rustique” of her grandfather’s kitchen now stored in his portable memory. He collects a glass from the sink and turns the tap to pour himself a glass of water. The tap gushes as he drinks. He refills and drinks again and still the tap gushes. “ Do you want one Mr Wigham?” he asks stepping through the divider.

“Jesus H. Christ!” The old man springs to his feet and lunges through the gap towards the tap, twisting it shut. “ Don’t you city-folk know anything? It’s a goddamn drought. I only got the water in that tank and that spring. It’s the elixir of life that. Worth more than gold! GET OUT the two of you,” he roars. “You’ve seen the place, had your drink. Get going. Liza, your lists on the table.”

Her grandfather has manoeuvred himself to lean against the sink. Liza had not realised how tall he actually was. Once upon a time he must have been over well over six foot and broad. Jack was only five foot five. Liza watches as Jack calculates the offence, then his eyes glaze to a real estate twinkle.

“Sorry, Mr Wigham, I do have a lot to learn. I just moved here from the city like you say. Your beautiful granddaughter has been showing me around. I really love the area and want to learn as much about it as I can. I’ve been wanting to meet you for so long and Liza has just been hiding you away.  Everyone says you know everything about the area, being the oldest resident.”

Liza blinks and stares at Jack. What was he playing at?

“This land has so much to offer Mr Wigham, I am sure it is full of stories.” He checks the dark flat face of his Apple-watch as it pings. “Oh yes!” he exclaims with boyish excitement “my next appointment has cancelled, perhaps if you have time now Mr Wigham, you could show me around a little?”

Pa does not respond. A pulse beats steadily under his earlobe and his nostrils flare. He looks at Liza. Liza is uncertain if he is hoping for her to intervene to save Jack from his anger or if he is sparing her, out of some newfound bond of family.

“Perhaps another time Jack. Pa gets very tired in the heat and has a sleep in the afternoon. That way he can do stuff in the evening when its cooler.” She can hear the explanation dribble from her lips; formed in the perspiration balls atop her upper lip, it had hung suspended, waiting for something better, until the weight of silence thrust it forward.

“Oh, of course.” Jack counters. “We’ll do the shopping and come back later tonight when it’s cool. Great idea Liza!” he smiles again, his lips draw mortician thin and he kisses Liza on the cheek. “Always thinking Liza, that’s why I love you just the way you are.” His phone pings. “Oh, I gotta take this Liza, it’s that appointment, they do want me to come after all. I’ll take it outside. See you tonight Mr Wigham.”

Liza stares after him as the heavy blanket falls. Pa grunts, and his shoulders slump. “Pa?”

“Don’t he know the meaning of no?”

Liza shrugs uncomfortably. “Well, we do need to bring you your stuff back. Be better if we came in the cool like I said.”

“Yep and don’t bring him.” Liza nods. The old man’s face is set, like his body on the hill. It ain’t going nowhere.

“OK,” she whispers. “Want anything else before I go?”

Liza clicks the door shut behind her, sealing the old man into his self-imposed oven. Outside Jack’s voice extols the vistas of rolling green pastures and fat horses. Liza looks over the barren grey of the hill towards a mob of cattle, ribs protruding as they shelter under a cluster of trees atop the caked edge of a muddy dam. Behind a fence, grass stubble is bent low to the earth, desperate to elongate the distance between itself and the fierce sun. She looks back at the house, nestled against the canopy of snowgums. In the cleft behind the house, she can see the edge of the spring; the elixir of life her grandfather called it. It was the reason her grandfather could stay; viable water all year, enough to water a small patch of vegetables and keep hens.

“You ready?” It’s Jack, at her shoulder. “Great place Liza. Did you tee your Pa up to show me around tonight? Be great at sunset. Great photos.” He does not wait for an answer, but continues to survey the area, his smartphone shifting from vista to vista, recording, capturing.

“Not tonight, Jack. Pa’s not feeling good. Wants to rest.”

“Tomorrow then.” It’s not a question. Liza creases her brow.

“I’ll come on my own then. Do you a favour. You always say you hate coming up here.”

Liza turns toward the car. She does not answer, but takes six quick steps to  lean against the car, waiting for him to open it. To return to the blessed air conditioning. The air is thick and heavy. She can feel her grandfather’s gaze behind the heavy blinds of the house as he waits for them to leave.

“What?” Liza turns, her neck and cheeks glistening pink. She feigns a swoon and leans into the car.
Jack strides toward her, his voice raised so he can be heard over the flesh of her tricep as it cups her ear. “Coming back, when can we come?”

“Perhaps, we can go back inside then. Your grandfather can show me around while you rest.”

Liza lifts her eyes from the taut fabric of the soft top Porsche, and stares at him,  her throat tight.

Jack’s eyes harden, his head turns back to the house and he hesitates, then softens. His manicured fingernails stroke her shoulders and his smile dazzles white as he retreats and opens the car door.

“Oh, of course. I’ll drop you home straight away. I have to meet this client in town now anyway. We can catch up tomorrow for lunch and organise it then.”

Liza sinks into the soft velour and closes her eyes as they wind down the hill. The air conditioner blows an icy blast over her feet and chest, while the sun burns through the window.

“You didn’t tell me your grandfather was so old Liza? How old?”

“You ought to be nice to him.”

“Meek shall inherit the earth Liza.”

“Ha! No one ever describe me as meek.”

“Maybe you should practice then.”

“Thought you told Pa you loved me just as I was.”

Photo by Markus Spiske on Unsplash