The Moving Pen | Under the Milky Way 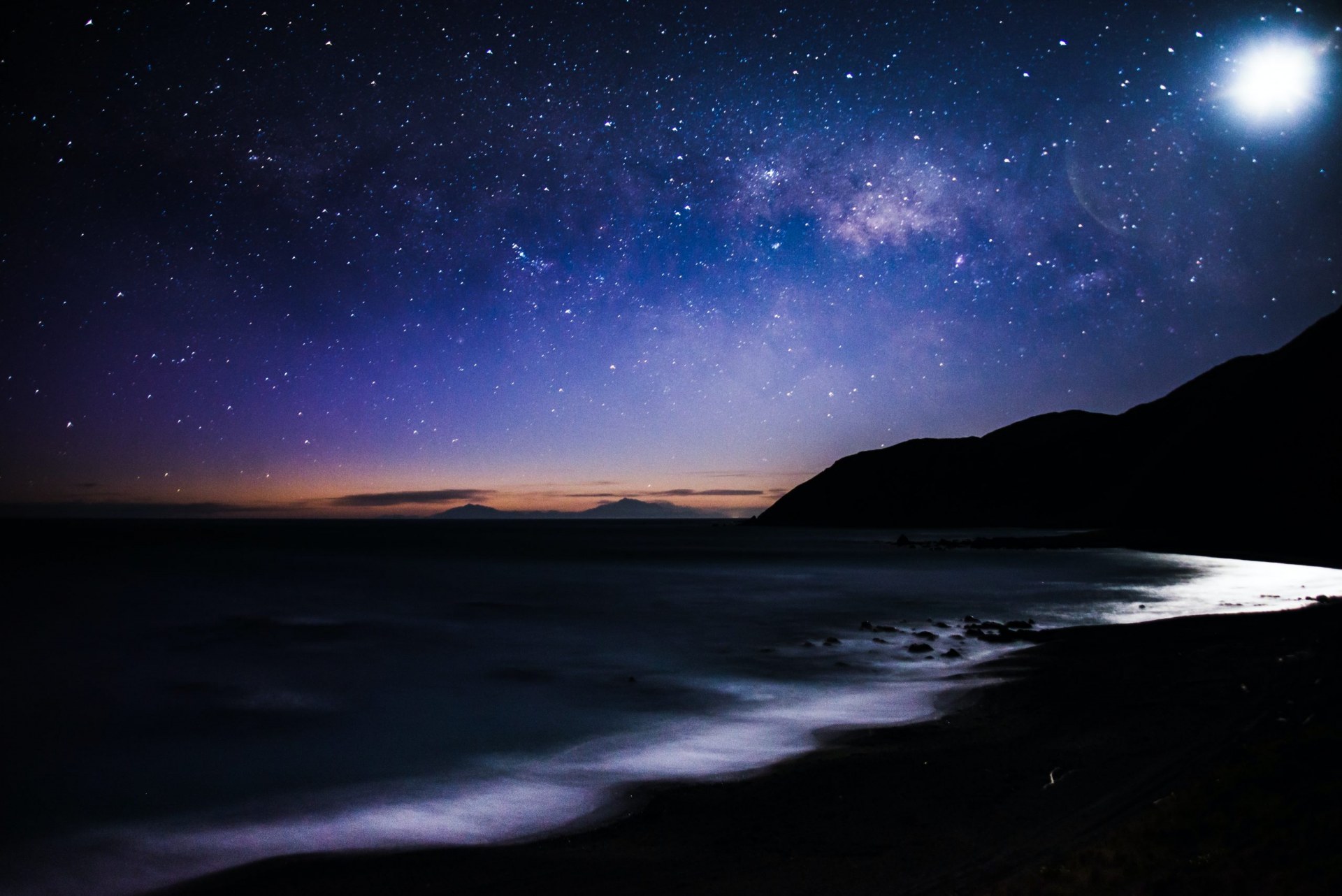 Under the Milky Way

Helena stepped back from the edge a second time. Breakers thudded against the rocks below and the sea-breeze ruffled the folds of the bundle she was holding. From within, the baby made a gurgling sound and Helena tucked the edges of the knitted shawl tighter into the bundle. She touched Erin’s cheek. It was warm even if the night was cold.

The shawl was a purchase from a market in La Paz. She loved the elaborate stitching and delicate patterns, the feel of the alpaca wool.

What is this stupid object? How can you waste your money on crap like this?

What Helena didn’t know at the time was that every spare cent was going on Gavin’s drug habit. By the time they got home to Perth she barely knew him.

He started going out most nights and when he came home was off his face. Even his band-mates gave up on him.

When the baby came his moods got worse. The night she left the hospital he was too stoned to pick her up and she had to hail a taxi.

The violence started shortly after.

That’s when she had taken Erin and caught the red-eye to Sydney. She had put an AVO and the Nullarbor between them and hadn’t seen him since. Until tonight that is, when he turned up in the car park of her apartment block.

Gavin was there, arms folded, leaning against his navy BMW, a menacing grin across his face. Under the fluorescent lights his teeth were reminiscent of fangs. She used to be bewitched by his smile. Now it made her skin crawl.

‘Caught you,’ he said, in that smug way of his. ‘Cool apartment. You have a nice flatmate too – what’s her name, Julia?’

‘What the hell? There’s an AVO against you for god’s sake. Don’t you dare come near me or my friends.’

She tried to think of something smart to say but her pulse was racing out of control. She had just enough energy to scream at him. Even then it was drowned out by the screeching of the BMW’s tyres on the concrete.

The underground car park felt like a tomb. The giant spring he had wound up inside her was about to snap.

Tears were streaming down her face. Erin’s tiny finger gripped hers. She gave it a squeeze and looked into her eyes that had just opened. Thank god, she doesn’t have his eyes. It was enough. She took Erin back to the car, kissed her cheek and fastened her in the baby capsule.

Her phone pinged. A message from Gavin. Fuck it! The bastard has my phone number. A numbness went through her. She kissed Erin’s cheek and smoothed the shawl over her and closed the car door and headed back towards the cliff. She wasn’t going to step back a third time. In front of her the universe beckoned – the Milky Way, the stars, the moon.