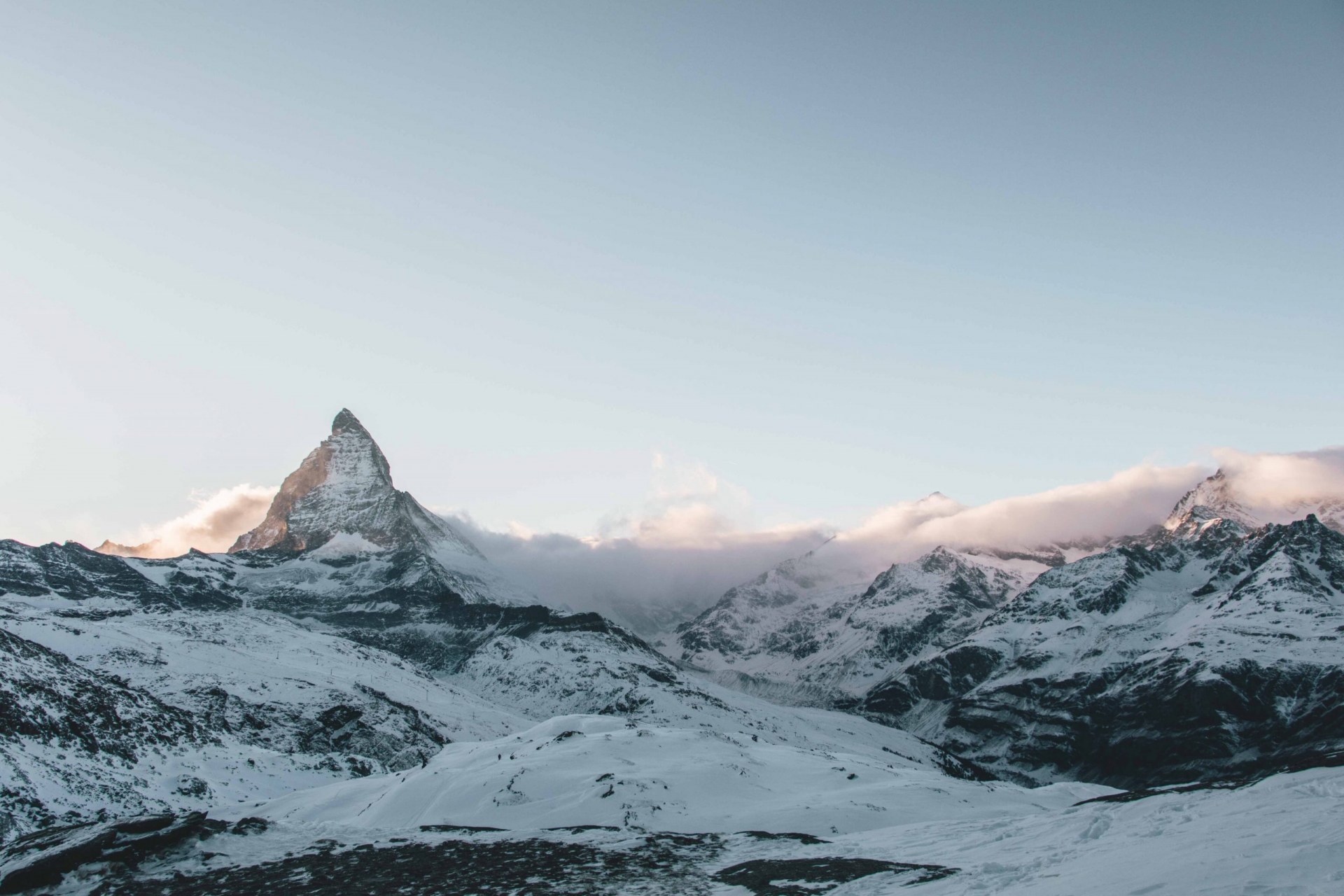 And, after all these years, she still can’t touch it.

It makes it difficult, living in a mountainous atmosphere. Every November she begins to fret, watches the weather news, listens to the radio. Pours over google forecasts. Eventually, when the sky is at its hoariest and her spleen responds to the malevolent winter solstice, she makes the train trip south. To Sicily, the last few years – perhaps that’s where she’ll head again this year. Anywhere without snow.

Each winter her few friends support her, attempt to convince her to stay for Christmas, promise to protect her. Psychologists will help, they say; try mindfulness or meditation. One once suggested she move away, somewhere constantly warm, Australia or Hawaii. But she’d lived here with Armand, had built up the business with him, the memories. She can’t lose that, too.

It’s not that the snow isn’t beautiful, she admits, distressed. To see, to smell, to hear. Exquisite, really. Whether it be ashen-grey or alabaster flakes falling, that scent of nippy rime that scalds the nostrils, muted thuds like faraway doves’ wings. Alarmingly incandescent at dawn, a graveyard at twilight.

She even remembers tasting it as a child, giggling as her brother’s face contorted and he spat the ice at her; they kept cramming their mouths swollen and spurting slush at each other. Mama was not impressed.

When, years later but many years ago now, she’d told Armand that story, he’d dared her to eat more. A handful of frost had blistered her tongue and her eyes had gleamed and her nose had watered but she’d swallowed the hard-soft lumps of chill. He’d watched her, rapt, and loved it, black eyes beaming, enticing. His face vibrant. Laughed so much he grabbed her and they both tottered. Fell and rolled and blanketed themselves in a duvet of snow, embracing, cuddling, cherishing.

But no, not now. She will not touch snow, detests it. It preys on her; despite her senses working like radars, vigilant, alert to the merest change in temperature, the winter is a crouching panther, stalking. She can hear and smell it coming, and is afraid. Time to leave before it hunts her down and claws her with flurries of poison, tearing into her blood.

Certainly when she’s wrapped in that thick anorak, her head warm in a lapin beret, her hands safe in fur-lined leather, she’s somewhat secure. But beware! the trees forewarn, rustling, trying to keep their forest comrades – and her – shielded, as large icicles aim maliciously. If she trips, if any part of her skin touches the white death, she will join it.

At the station, after booking the ticket to Sicily, she watches the byzantine clouds from a café – they’re watching her, too. High above those peaks, among the ski fields of the Matterhorn, she knows they’re plotting at exactly the spot…the spot where…

No. For the zillionth time she wants to repress the memory but it is too vast, dictatorial.

The snowfields were violet that day, bruised, the sun bright and porous and cutting. She and Armand had leaned leisurely on the t-bar, heading up, up high to the black run – they were experts, had been skiing all their lives. She’d met him at a chalet in Zermatt in a previous season. They’d flirted, drank, made love – all in front of blazing fireplaces, on massive rugs of vivaciously rich animal hide, those alps forever alert, pulsating, through seemingly cosseted double-windows. Fat pregnant clouds always observing, waiting.

Once they were skiing she stayed near him; he was her ballast. And he was beautiful to see, as always, ineluctable as he weaved and swayed like a dancer over and through the glacial ivory. But then a tree had suddenly loomed and he’d disappeared behind a large mound of soft powder. Branches of drooping crystals shuddered softly; she called but there was no reply, just her breathing, echoing loudly, and the crackling of laden boughs, and whispers of wind, hinting something she couldn’t understand. Panic swept through her and she screamed for him, the skis now manacles around her feet.

Then his head had appeared, thick raucous hair tainted with snowflakes, and he was grinning, chuckling, weeping. He waved his stock in the crisp air, tried to rise from the knoll, fell backwards. Almost buried by the snow. ‘I’ve snapped my leg,’ he laughed and moaned. ‘I can’t get up, dammit. And I love this run. What a waste!’

Once the medics had taken him on a stretcher to the hospital then back to the lodge he’d cheered and hooted and bought everyone drinks, wincing as he told his story, joking as he always did, and her chest was brimming.

Next morning he’d convinced her to ski alone; he would stay in the chateau and read, drink, chat; they would reunite at dusk.

Up on the peak the world was pallid, the snow no longer luminous. Murmurs had resonated from the forest’s chiaroscuro; she’d turned, but saw no one. She was fearful, wanted to ski swiftly down the treacherous crest and join Armand in the warmth. Strangely she kept falling, couldn’t remain upright, lost her balance, her poise; the murmuring got louder, the trees shrieked. With wet and cold extremities yet perspiring under it all she swore faintly, her body uncomfortable, tried to drag her skis through the ruthless ice.

Somewhere she heard a boom; saw an apocalyptic flash.

Finally she made it to the end of the piste where the earth flattened; she tore off her skis and stomped through the vanilla slush. Where the chateau had stood the sky was fluorescent orange and scarlet; screaming cut the air; bits of wood and flesh decorated the silver frost.

If only she hadn’t left him. If only she hadn’t allowed the snow to woo her up the mountain again. If only the iciness hadn’t bitten him, taken him from her. Armand was gone, fragmented by the bomb. The inexorable rigor mortis of time would melt her, too. But the snow was liable. She cannot forgive it.

In the café she shivers as the sky yawns, its jaws turgid and pearlish and deceitful.

Time now to erase memory. Erase the snow. Watch pastures of white-painted olive trees through the train’s window and suffocate quietly in the dusty heat of ancient, iniquitous Sicily. Each year she covers the villa’s windows with the local emblem of grief – black velvet. She’ll continue to do so, next year and beyond. And dream darkly of sleet and fire.