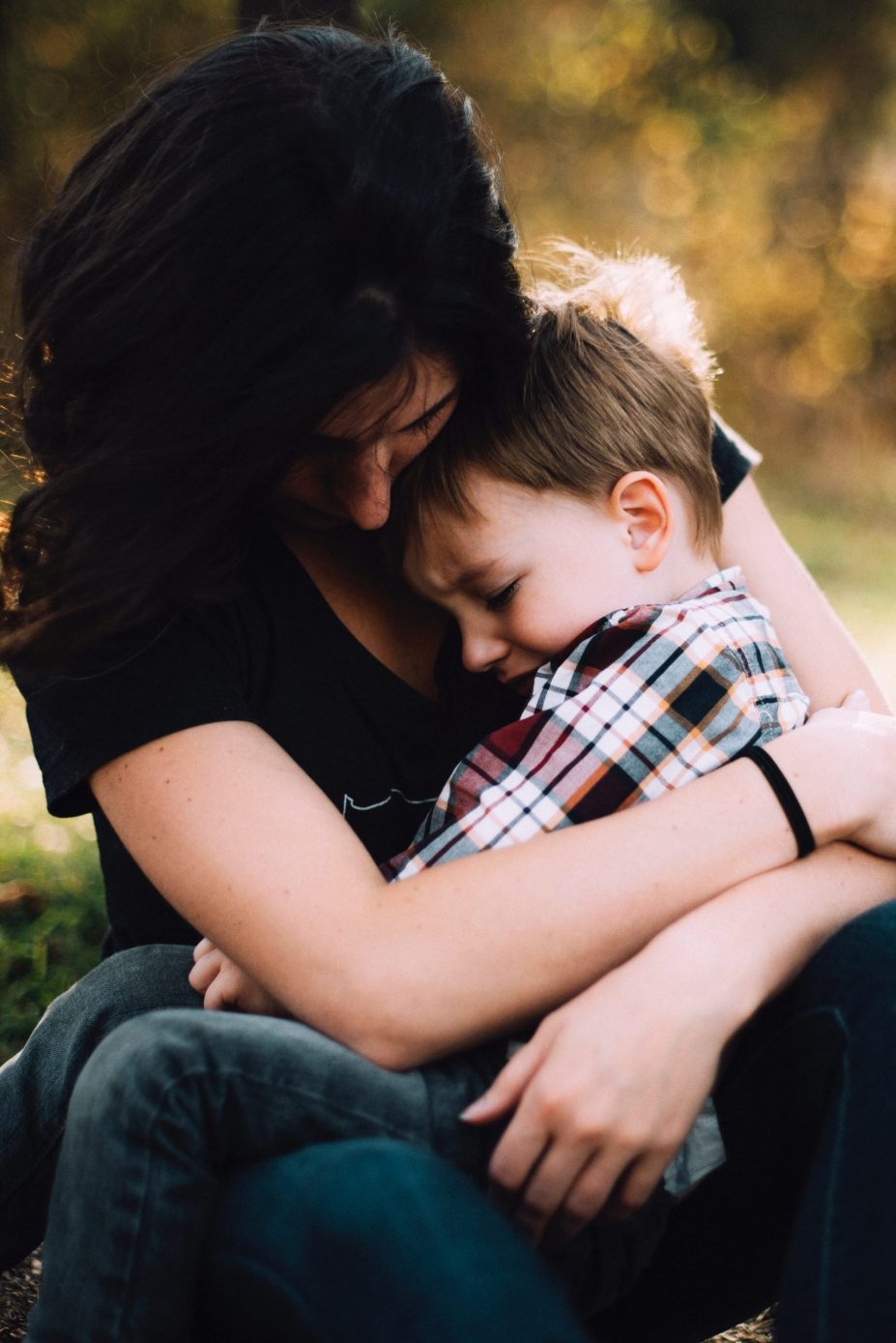 “Have you got everything”? she asks.

“A huh,” the small child nods, his pudgy arms gripping hard at the backpack hugged to his knees.

“You know how to call me?” she checks again.

“And where did Mummy write her phone number?”

The child pulls up his sleeve high under his arm, where it won’t be washed off without deliberate effort.

The doorbell rings. Her fingers curl and stretch, as she smooths the sweat from her palms to her thighs.  Hug the child again, kiss him again, check the list again? What has she forgotten to write on the list?  Will he care anyway?  Will he read it?

The doorbell rings again.  This time harsher, sharper.  She can imagine his finger pressing in on it, his square nails piercing her artery.

The child looks at her for instruction. She moves quickly to him and lifts him in her arms.  The backpack loops onto her elbow as she lifts him.  His knees clench against her hips and his curls bob against her bare shoulders.

“I know,” she pauses.  Breathes.  Schools her voice. “Your Dad loves you very much and wants to see you.  Santa is coming to his place this year, especially for you,” she replies, her eyes anchored at the back of the front door and its incessant doorbell, as her right hand smooths his curls against her shoulder.

“Hey little man,” he says as she opens the door. The child shrinks against her.  She passes the stuffed backpack to him.

“There’s a note inside and all the things he likes,” she says.  He stares at her; his eyes momentarily acknowledging her existence, then glances away.

“I have that new thingee you talked about and we’re having your favourite dinner.  Nanna has presents too and Santa is coming” he cajoles, his hand reaching to unwind the child from his mother’s neck.  She flinches as he steps toward her, but gently unlatches the child from her neck and lowers him to the ground, one hand holding his soft palm, the other motioning him gently forward.

“Great let’s go” his father says as he grasps the child and turns, kicking the door shut behind him.

The door bangs and settles in the frame.  Silence.  She reaches for the bottle she has waiting on the bench and pours.

Silent night, empty night, no child, not mother.  She lifts the glass high and swallows hard.  The icy coldness grabs at her tight throat. She pours herself another and another.  Tears fall, not tender, not mild.  Please, please, please she begs, as darkness descends; let me sleep.  Sleep in heavenly peace.